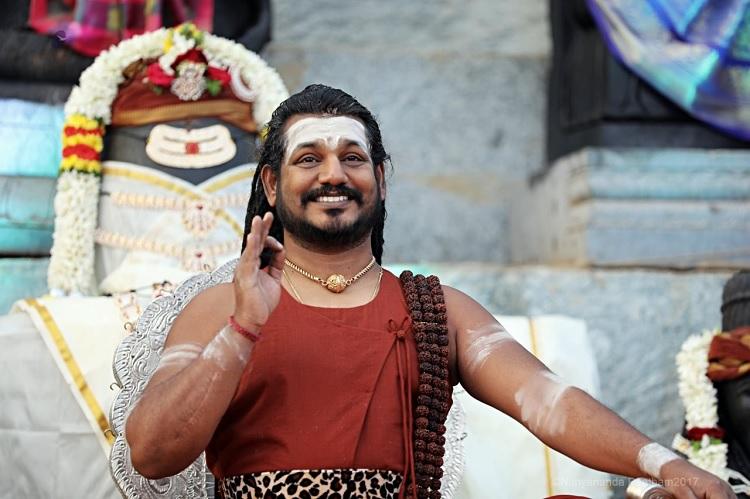 Does the Karnataka police not know that rape-accused Nithyananda is on the run from Indian authorities and is believed to be hiding in Belize?

It seems the police in Karnataka does not keep track of the news, as on Monday it told the Karnataka High Court that they were not able to send a notice to rape accused Nithyananda because he is currently on a “spiritual tour.” Nithyananda, accused of rape and child abuse, has been absconding since November 2018 and is believed to be hiding in Belize.

This comes two months after the Ministry of External Affairs announced that Nithyananda’s passport has been cancelled, and a week after a blue corner notice was issued against the self-styled godman, who is also facing charges of child abuse.

On January 31, Karnataka High Court had asked the police to serve a notice on Nithyananda in a petition seeking the cancellation of his bail in a rape case filed against him in 2010. Deputy Superintendent of Police, Balraj B, told the court that the police had served notice to his aide Kumari Archananda instead since Nithyananda was not present at his Bidadi ashram. Kumari submitted in court that she was forced to accept the notice after she told the police that she cannot tell them where Nithyananda is, a report in LiveLaw states.

The counsel for the state government, meanwhile, submitted to the High Court that the prime accused Nithyananda’s presence is not required in court and that he has not violated any bail conditions. (Nithyananda’s bail conditions were diluted in 2011 and he was handed over his passport to travel for meditation and yoga camps). Earlier, the counsel had stated that the government did not know the whereabouts of Nithyananda.

Countering this submission by the government, the counsel for the petitioner Lenin Karuppan stated that Nithyananda is hoodwinking the court and that failure to serve notice is not an obstruction to cancel Nithyananda’s bail.

Apart from this rape case, Nithyananda has been booked for child abuse and kidnapping by the Gujarat police after three minor children (a boy and two girls) were rescued from his ashram in the outskirts of Ahmedabad.

Nithyananda is facing trial under Sections 376 (rape), 420 (cheating), 114 (criminal abetment), 201 (disappearance of evidence, giving false information), 120B (criminal conspiracy) and other charges under the Indian Penal Code (IPC) in the III Additional District and Sessions Court in Ramanagara in Karnataka.

Since the complaint was filed in 2010, Nithyananda has been arrested twice and been granted bail from higher courts, successfully delaying the start of the trial. He is now believed to be hiding in Belize in South America and appears to be running a bank account from the island nation and tax haven Vanuatu.