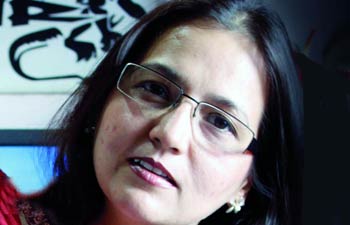 BHOPAL: Who fired at Shehla Masood? The question still remains a mystery, despite Central Bureau of Investigation (CBI) chargesheeting 5 people in the RTI activist’s murder case, after a key accused expressed his desire to turn a government witness during Wednesday’s hearing.

Shehla was found dead in her car outside her home in Bhopal’s Koh-e-Fiza on August 16, 2011, with a ‘single’ bullet wound on her neck.

CBI named two people, Irfan Ali and Tabish Khan as Shehla’s shooters in the chargesheet, without mentioning as to who pulled the trigger.

As per the chargesheet, Zahida Pervez hired Irfan Ali and Tabish Khan through Saquib Ali ‘Danger’ to murder Shehla.

Investigators claimed both were armed with a fine quality 315 bore country-made pistol, but only one was used to kill her.

During investigations, a pistol was seized from Tabish and ballistic experts had confirmed, it as a weapon of murder.

However, when charges were read out to the accused, they pleaded innocence.

“They killed Shehla together. Since a single shot was fired, the question is, who fired,” said a CBI officer privy to investigations.

Meanwhile, Irfan Ali has reportedly threatened to kill Saquib ‘Danger’s son, if the latter failed to pay him Rs 4 lakh at the earliest. Subsequently Saquib threatened Zahida for the same. They even had a fight in the jail on the issue, said a police officer.

Irfan believes he was given only Rs 20,000 of the Rs 5 lakh paid by Zahida to kill Shehla.