No, The SC Has NOT Made It Mandatory For You To Link Your Phone With #Aadhaar 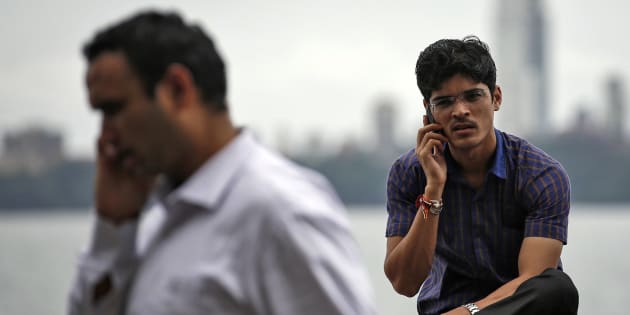 “As per Government’s directive, it is mandatory to link Aadhaar card with your mobile number”—this is a message most of us have been repeatedly receiving of late. Telecom service providers have also been sending reminders by calling us and emphasizing on the requirement to link. Now, not all of us have an Aadhaar card, and a lot of us do not wish to link our phone numbers with Aadhaar. Such people have been protesting this move, and for good reasons.

Consumer ire is being directed towards telecom service providers, but that is not where the problem lies. The “directive” being referred to by service providers is a circular issued on 23 March 2017 by the government of India’s Department of Telecom (DoT), calling upon all telecom operators to conduct an Aadhaar-based re-verification exercise of all existing pre-paid and post-paid mobile connections. It further directed that that exercise be concluded by 6 February 2018.

[T]he circular, by stating that the Supreme Court has directed the DoT to mandate Aadhaar as the exclusive method for re-verification, is misleading the public at large, intentionally or unintentionally.

As per the DoT such an exercise has been ordered to implement directions of the Supreme Court of India. The circular refers to an order passed by the Supreme Court on 6 February 2017, in a writ petition filed by the Lokniti Foundation which sought the establishment of a scheme to ensure verification of all the mobile phone subscribers in the country. The DoT relies on an observation made by the Court in the said order:

“[A]n effective process has been evolved to ensure identity verification, as well as, the addresses of all mobile phone subscribers for new subscribers. In the near future, and more particularly, within one year from today, a similar verification will be completed, in case of existing subscribers.”

The DoT calls this observation a “direction” which has to be complied with. This is an erroneous conclusion drawn by the DoT and is based on a misinterpretation of the order. Using the said observation without context is misleading.

When the writ petition was taken up by the Supreme Court, the government submitted on the basis of an affidavit that the DoT had launched an Aadhaar based e-KYC for issuing mobile connections where authentication will be based on the consumers’ biometric and demographic data. The government however conceded that there are still a substantial number of people who do not hold Aadhaar cards and, more importantly, that Aadhaar or biometric based authentication is “not mandatory” for obtaining a new telephone connection. The government was of the view that e-KYC for new connections based on Aadhaar would be more efficient than the normal methods in currency. Such submissions of the government of India make it extremely clear that Aadhaar is not being used as the exclusive method to authenticate new subscribers, and that the same is not even mandatory in nature. The government also submitted that an effective method would be devised to verify existing users.

[M]andating that subscribers provide their Aadhaar details… to telecom operators without authority of any law, in contravention of interim orders of the SC, and on misinterpretation of another SC order, cannot be construed as due process of law.

Now coming back to the purported basis of the DoT circular, the court passed the above stated observation based on the submissions of the government and hoped that verification of existing users could be done in a “similar” manner. This can in no manner be construed as a “direction” to use Aadhaar exclusively for re-verification. There can be no question of Aadhaar being made mandatory for re-verification of existing users when it is not even mandatory for obtaining new connections. Therefore, the circular, by stating that the Supreme Court has directed the DoT to mandate Aadhaar as the exclusive method for re-verification, is misleading the public at large, intentionally or unintentionally.

It is important to note that an interim order of the Supreme Court passed in the petitions challenging the Aadhaar scheme clearly directs that obtaining an Aadhaar card cannot be made mandatory. The government had then submitted in court that no personal information of Aadhaar card holders shall be shared by any authority. However, the DoT has done a volte face by actually requiring private telecom operators to directly obtain such personal information. In this background, the DoT has indulged in a colourable exercise to bypass the interim order of the Supreme Court by erroneously relying on another Supreme Court order by grossly misinterpreting it.

The trouble is that till the time the DoT circular is quashed by an appropriate high court or the Supreme Court, the telecom operators are bound to follow it.

The recent Supreme Court judgment on the right to privacy stated that such a right would also include a fundamental right to informational privacy which would be exercisable against the government as well as private entities. Such a right can surely be restricted by a due process of law. However mandating that subscribers provide their Aadhaar card details, including biometric information, to telecom operators without authority of any law, in contravention of interim orders of the Supreme Court, and on misinterpretation of another Supreme Court order cannot be construed as due process of law.

The trouble is that till the time the DoT circular is quashed by an appropriate high court or the Supreme Court, the telecom operators are bound to follow it. The circular will therefore need to be challenged before court.

Let’s see who picks up the gauntlet.