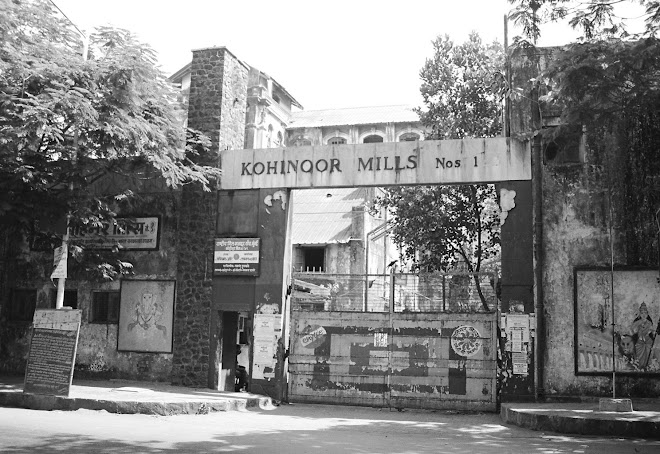 Published: Tuesday, Nov 27, 2012, 10:30 IST
By Sudhir Suryavanshi | Agency: DNA
Here’s perhaps why senior Sena leader Manohar Joshi is cagey over giving away 4.8 acre of the Kohinoor Mills land to build a memorial for Bal Thackeray: he stands to lose property worth over Rs2,500 crore.Countering the mounting demands that the mill plot be handed over for constructing a memorial for Thackeray, who died on November 17, an annoyed Joshi has insisted that such a memorial will come up only at Shivaji Park in Dadar, where the Shiv Sena chief used to address rallies, even going to the extent of threatening to take the law into his hands if the need arises. Chief minister Prithviraj Chavan has ruled out the possibility of constructing this memorial at Shivaji Park.

Vijay Kamble, senior Nationalist Congress Party leader, dubs Joshi’s threat shameful. “If he has any real affection for Balasaheb, Joshi should hand over his mill land without hesitation. He should not love property more than the legacy of Thackeray, who gave him everything — from anointing him the chief minister to making him the Lok Sabha speaker. Joshi is the only one who got the most and key positions by Sena. Even if Joshi gives 10 Kohinoor Mills plots for the memorial, they will not be enough to repay what he owes Balasaheb.”

A senior Sena corporator who is also the chairman of a committee of the Brihanmumbai Municipal Corporation alleges that Joshi’s demand for a memorial at Shivaji Park is a diversionary tactic. “He was the first person to announce the construction of a memorial. He probably knew that Shiv Sainiks would ask the Kohinoor Mills premises for the memorial. That’s why he played such a gimmick. But people are not fools; they can see through his politics.”l Turn to p4

He adds that the party cannot afford to cheese off voters in Dadar by forcing the construction of the memorial at Shivaji Park.

“A majority of our candidates lost in the civic poll this year. Forcing a memorial at Shivaji Park will only alienate the vote bank more.”

Social commentator Arun Tikekar questions the haste behind the move to fix a spot for the memorial. “The residents are opposing it. It won’t be appropriate to build one at the mayor’s bungalow. Besides, such a decision should be taken jointly by the Thackerays and Joshi. A memorial for Balasaheb can be built anywhere in the city.”

Real estate experts point out that Kohinoor Mills is a prime property in Dadar. “It comprises commercial and residential buildings, which will be ready by 2013. It has 72 ultra-luxury flats, each measuring 3,500sqft. The Kohinoor Group, headed by Manohar Joshi’s son Unmesh, has decided to sell each flat between Rs25 crore and Rs30crore. The aam aadmi cannot buy flats here; they will be sold only through invitations. These apartments are made for the uber-rich,” explains a realtor.

The buildings on the premises have not been sold as yet. “That’s why it’s the right time to build the memorial there, where we can have several guest houses and rooms to depict the life of Balasaheb. Also, Kohinoor Mills is close to Sena Bhavan and Shivaji Park,” argues Congress leader Rajendra Chaube.

Joshi was not available for his comments. His staff said he was away and had no idea when he’d be back.