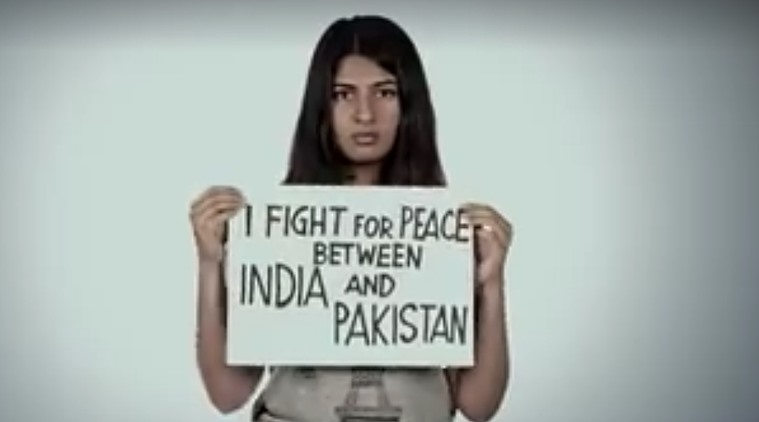 s
being viewed as anti-national. This young girl, Gurmehar Kaur, is being chastised by pseudo-nationalists and false patriots; this is terribly sad. Rather than learn from her and mull over her sage words on the utter futility of war, the whole country is condemning her. Why?
Gurmehar Kaur is right. It’s war, not Pakistan that killed her father who was a Captain in the Indian Army when the Kargil war broke out in the year 1999.Remember the sagacious words of the US General Douglas MacArthur, the most decorated soldier in modern times and a key figure in the Pacific during the Second World War: “There’s no enemy country . I’ll shake hands with the `enemy’ soldier when there’s no war and vice versa but both will try to kill each other during the war.“British Field Marshal Montgomery echoed the same sentiment, “All nations are friends. War turns them into enemies.“ Ashoka the Great, after seeing the unprecedented bloodshed in the battle of Kalinga, exclaimed, “Why did I kill so many innocent soldiers? Were they my enemies? The main enemy was the battle.“ The Pali concept of the Buddha, `Yuddham Parabhootam’, is that the very idea of war must be defeated, and not the enemies, because there is no enemy the biggest enemy . War itself is The ill-timed and ill-inter-preted nationalistic fervour has germinated the seed of the “other country“ being our enemy . India and Pakistan are surviving on this perpetual strife and idea of enmity . We all seem to be hell bent on the perpetuation of this face-off, all this bad blood. French emperor Napoleon Bonaparte wrote to the British Admiral Horatio Nelson, “Admiral, whether you defeat me or I defeat you, nothing will happen.But one thing will remain forever intact: Not the countries France or Great Britain, but the battle that had its last laugh.“

Yes, a battle or war has the last laugh. War is death’s dance macabre. We all must get rid of the apparitions of war from our consciousness and stop blaming the other country for killing. A country doesn’t kill. War does.

Stop encouraging and nurturing such ill-conceived ideas and learn from this young girl. The anti-war poet Wilfred Owen aptly said, “War goes beyond country Killing is its foremost duty .“ First of all, the whole world must think seriously about disarmament and stop spending trillions of money on weapons of mass destruction. Why are we letting ourselves become victims to the machinations of those who thrive on keeping conflicts alive, like say, for instance, the military-industrial complex? They don’t want peace; they want us to wage war so that they can sell more.Theirs is not to agonise over who might be using the weapons and against whom.

If war is what kills people, not country A or B or C, we need to rise above geography and history; we need to come together, and work together to break free of boundaries both physical and mental.

We’re still not evolved and are enamoured by our troglodyte past when we’d kill each other at the drop of a hat. War is a scar on the escutcheon of mankind. It’s an anathema we need to get rid of.