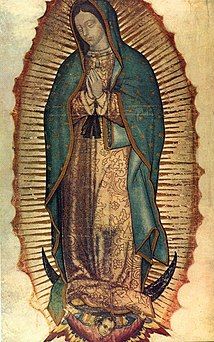 On Sunday, January 9, 2022, Fr Emmanuel, parish priest of the Lady of Guadalupe Church at Murikumphuzha, Pala, Kerala, sent his sacristan Joseph to ask a middle-aged woman to please wait a little after the morning mass – the priest would like to meet her.

The woman waited, and the priest called her to his office room. “You know we are Malayalees,” he said, and asked her whether she knew what would follow. “No, please tell me,” she said. “You know women cover their heads in church, and dress politely,” he said. The woman, who had just returned to Kerala a few months prior after living elsewhere, had been getting her house repaired and had not yet unpacked all her clothes

She had been attending church services in three-quarter pants and a t-shirt, wearing the same set of clothes several Sundays in a row. She told the priest that she would not cover her head, and that nothing in the laws of the church required that. The priest insisted that some things are matters of local culture.
She said she was not really attending mass naked, so there was no question of changing her attire because the priest did not like it. Besides, would demanding a dowry from the family of the woman at marriage then qualify as something never to be changed, in the church in Kerala? “Then you can stop coming to this church,” the priest said.

The woman responded that she would do as asked, then, though that was hardly the most Christian thing the priest had done.

The woman in question, though, has decided that she will indeed return to that church in a few weeks, as no priest can ever verbally expel a parishioner. Nothing in church law allows that. She will also write to the Bishop, and ask if a church that really bases itself on the teachings of Jesus Christ, who was welcoming of all, could expel people based on how they dress. Besides, when it comes to accepting money in donation, the priest has no qualms at all in taking it from a woman improperly dressed?

Meanwhile, if Father Emmanuel should read this, the woman would like to tell him that she attends the mass at the Guadalupe church not because she is so fascinated by the parish priest and his gleaming leather shoes, but because the image behind the altar bears a striking resemblance to her late mother.
—
*Freelance journalist based in Pune. Disclosure: The author of this piece is the woman expelled by the priest