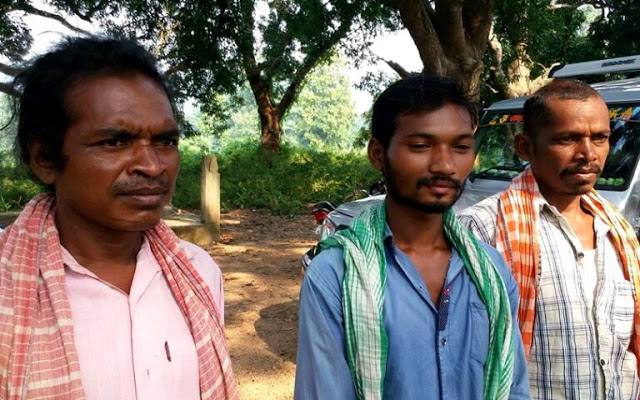 Dongaria Kondhs, under the banner of Niaymgiri Surashkya Samittee (NSS), has demanded immediate halt to police repression and asked for peaceful life in Niyamgiri Hills. Alleging state repression on their peaceful movement towards saving Niyamgiri Hills, Lada Sikaka, president of NSS, accused the Government of Odisha of pushing pro-corporate and anti-tribal activities in the state.
Sharing his experience of “police brutality” on Dongria Kondhs, Sikaka told media in Bhubanesewar, On October 20 when I had been to Langigarh old market to sell orange, the local police in civil dress came in Bolero and abducted me without any warrant, covered my eyes with a clothe and took me to the local police station where they severely beat me up and tortured me. They released me on the next day after taking my signature on a blank paper.
They frequently asked me to stop the protest that we had planned before the Ragayagada Collector’s office against police repression and Maoist movements in the Niyamgiri Hills, Sikaka added.
Dadhi Kadarka, another senior member of NSS, said, On October 8, I was similarly picked up by the Raigarda Police from Munikhol Panchayat office near Muniguda without stating what was my fault and without any warrant. Police took me to the SP office and was severely physically torture. They released me on October 9.
“In similar manner, on October 18, police abducted Jamu Gauda from village Jhadikhol from Langigarh market and took him to Muniguda police station under Raigarh SP office. They tortured him and compelled him to give information on Maoist links, and threatened to send him to jail. The next day police freed him, Kadarka added. 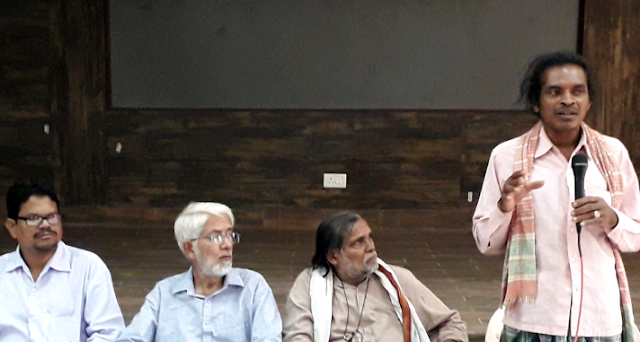 NSS had called for peaceful protest before the district collector’s office Raigarh on October 23 against both police repression and Maoist harassment in the Niayamgiri Hills. They applied for permission it on October 15. Following that, the Kalahhandi SP had called leaders of NSS, including Lingaraj Azad, senior organizer of NSS, and asked them to stop the protest plan otherwise he would take stringent action against them.
“Whoever picked up by the police was either compelled to surrender as Maoist or to give information on Maoist links and get praises from police, and when they would suggest they had no information, the police would torture them and threatened them they would be sent to jail, Sikoka asserted, adding, they would continue their peaceful democratic protest to “save Niayagiri Hills despite police repression and Maoist harassment.”
Taking note of police repression, a fact-finding team consisting of Narendra Mohanty (Insaf) Chandranath Dani (Human Rights Defenders Alert), Pradeep Sahoo (Campaign for Survival anf Dignity), Niranjan Mohanty (advocate), and Gaoutam Patra (social worker) visited Niyamgiri Hills, including Muniguda, Lanjigarh and Rayagarda and discussed the prevailing situation with the affected people. They told media about “gross human rights violation by Kalahandi and Raigarda police in the Niyamgiri Hills.”
Present on the occasion, Green Nobel awardee Prafulla Samantara spoke out about innocent tribals in Niayamgiri area who, he said, are protected under Schedule 5 of the Constitution and the Forest Rights Act, 2006. He called upon the Government of Odisha to stop “brutal repression on democratic movements in the state in the name of Maoists.”
Later in the day, Dongaria Kondh representatives along with several of Odisha’s noted activists submitted a petition to the Chief Minister demanding impartial investigation on the alleged incidents of police repression and to take stringent action against those who were responsible for it under the SC-ST Prevention of Atrocity Act, 1989.
They sought a detailed report on all false cases against members of NSS and those who have been put in jail. They said, there should be a total stop to further arrests and torture of innocent people in the name of Maoist repression. In the petition, they also demanded from the Government of Odisha to ensure complete closure of Vedant Alumina Plant in Lanjigarh which they asserted is the main cause of all pollution in the area.
https://www.counterview.net/2018/10/dongaria-kondhs-demand-immediate-halt.html