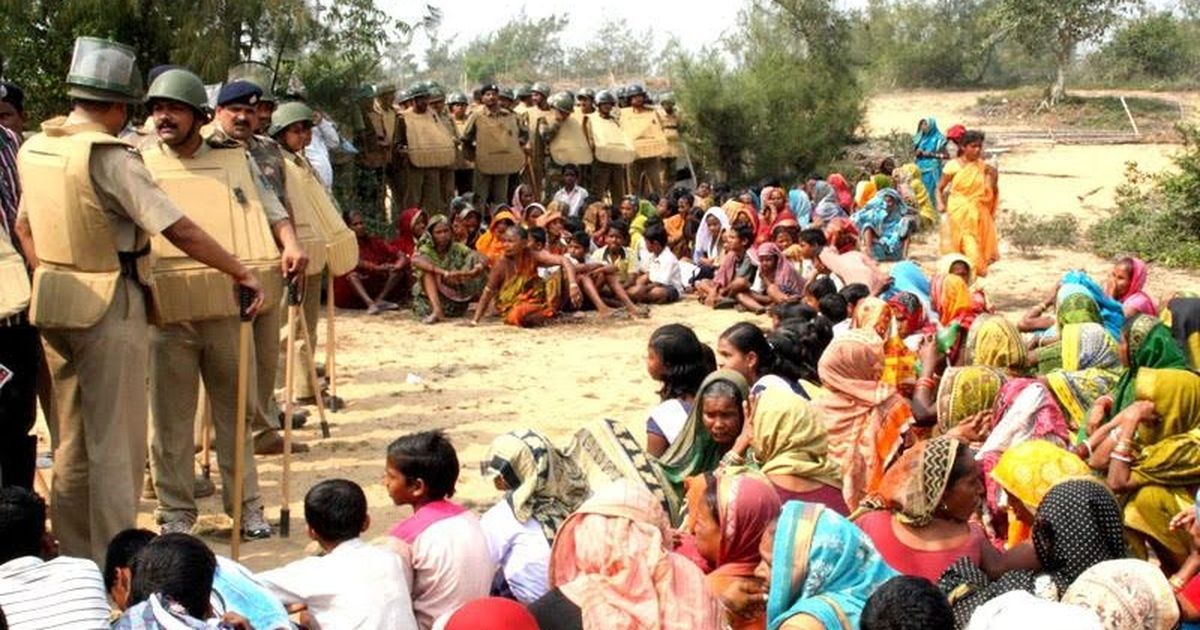 The Government of Odisha must urgently process individual and community forest rights claims on land it had taken over for a POSCO project instead of transferring the land to a land bank, said Amnesty International India today. Authorities must also immediately stop the construction of a boundary wall around the land and allow communities to access common lands that they have traditionally depended on for their livelihoods.

The land had been taken over for an integrated steel and captive power plant to be operated by South Korean steel giant POSCO (formerly Pohang Iron and Steel Company). After POSCO pulled out of the project earlier this year, Odisha’s Industry Minister announced that the land would be transferred to the Odisha Industrial Infrastructure Development Corporation (IDCO), a state agency. Authorities have begun constructing a boundary wall around the project site to prevent ‘illegal encroachments’.

Much of the land taken over for the project between 2011 and 2013 was common land – village property which falls under the authority of local bodies, and was being cultivated by villagers. Activists say that state authorities have consistently failed to recognize local communities’ individual and community rights over forest lands under the Scheduled Tribes and Other Traditional Forest Dwellers (Recognition of Forest Rights Act) Act (FRA). Many villagers said that they had submitted forest rights claims to local authorities, but these claims were not processed. In 2010, two committees constituted by the central government had recommended that authorities process the forest rights claims of communities before handing over the land to POSCO.

“Many families traditionally have depended on this land for their livelihoods and have a right to file individual or community rights claims under the FRA”, said Niharika Betkerur, Campaigner, Business and Human Rights at Amnesty International India. “The continued refusal to recognize communities’ claims over this land, even after the intended use is no longer relevant, will amount to a gross violation of these rights.”

Under international human rights law, authorities are obligated to follow a genuinely consultative process with communities, and obtain the free, prior and informed consent of Indigenous peoples before taking over their land. The government is also obligated under Indian law to seek and secure the consent of the concerned gram sabhas (village assemblies) before diverting forest lands for industrial purposes. However gram sabha resolutions rejecting the project have been routinely ignored.

“The fencing of the land by IDCO is unwarranted and illegal, as the authorities have not settled forest rights claims over these lands. Villagers have engaged in betel vine cultivation for generations and passed gram sabha resolutions asserting their rights. They are determined to re-occupy these lands and reconstruct their vineyards”, said Prashant Paikrey, Spokesperson for the POSCO Pratirodh Sangram Samiti, a local movement leading the protests against the project.

The failure to respect Indigenous peoples’ right to access and use their land violates not only international law, but also India’s domestic laws on land and forest rights. The Odisha government must recognize the forest rights of the communities who depend on these lands for their livelihoods, and seek the free, prior and informed consent of the concerned gram sabhas before taking any decision to put the land to industrial use.

On 22 June 2005, POSCO signed an MoU with the Government of Odisha to invest in a project consisting of iron ore mines, an integrated steel plant, and a captive port, in Jagatsinghpur district of Odisha.

According to the PPSS, 2000 acres of community forest land were forcibly taken over by the government in Nuagaon and Gadakjunga panchayats in 2011. In 2013, 700 acres of community forest land were taken over in Dhinkia panchayat. While authorities claimed that all farmers in the area had been consulted and given compensation – a one-time fixed cash payment – for land seized, and farmers had “voluntarily” dismantled their betel vines, local activists said that residents were not consulted or given adequate notice, and that those who refused compensation had their land seized under physical duress without their consent.

Out of the 2700 acres of land taken over by the Odisha government for the project, 2000 acres were handed over to POSCO. Had the project proceeded as planned, about 4000 families and 22,000 people from three gram panchayats – Dhinkia, Nuagaon and Gadkujang – would have effectively been displaced from their traditional lands. Ever since the MoU was signed, the project has faced staunch resistance from local communities as well serious questions from human rights and environmental groups on its social and environmental impacts.

On 30 March 2012, the National Green Tribunal (NGT) – a dedicated environmental court – suspended the environmental clearance for the project, calling for a fresh review due to concerns over the original environmental impact assessment. Local activists alleged that about 200,000 trees were felled despite the suspension. In May 2013, the NGT reiterated the project’s lack of environmental clearance and ordered POSCO to stop felling trees. In March 2017, POSCO stated that it was withdrawing from the project and requested the Odisha government to take back the land transferred to the company.