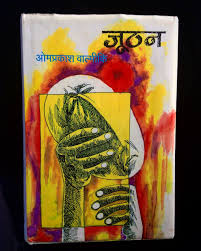 Joothan is 21 years old today. But as Mangesh Bansod’s Marathi translation shows, the nation is more divided by injustice than ever. 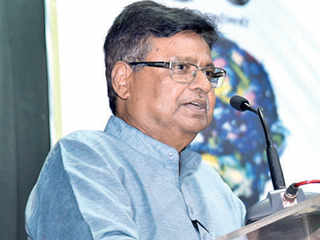 Joothan is finally available in Marathi. On the eve of Dr Ambedkar’s 127th birth anniversary, there was a low-key book release of Omprakash Valmiki’s autobiography in Marathi at Mumbai University’s Kalina campus. Ushta, the Marathi translation by Mangesh Bansod, has been published by Lokvangmay Griha.

When Valmiki wrote his searing autobiography Joothan 21 years ago, he was known as the greatest living Hindi author most people had never heard of. The book acquired cult status.

Translations, play-film adaptations followed, and it was also included in the MA course in universities in India and overseas. But no translation of the book in Marathi was available.

This is surprising when one considers the years Valmiki worked in an ordnance company in Ambernath and later in Chandrapur. As poet and confidante Loknath Yashwant from Chandrapur says, “Omprakash Valmiki was shaped by Maharashtra and its Ambedkar-Dalit politics. In Uttar Pradesh, he was exposed to the conventional narrative epics such as the Ramayana and Mahabharata. It was only Rama and Krishna and the Hindu gods. It was in Maharashtra that he grasped the importance of Babasaheb Ambedkar, the contribution of the Dalit Panther movement, and the tradition of the Dalit autobiographies in Marathi.”

It was Valmiki’s longstanding belief that an author is at his best when he writes what he cannot write, or is not supposed to have written. That’s how Joothan was penned. The village of Barla, in Muzzafarnagar, in Uttar Pradesh, was not the sort of place from where you would expect one of the finest Hindi authors to emerge. Even in the era of the progressive Hindi writer, the Chura community was considered an ‘extra’ to the main cast. When you read Joothan, the experience is nearly impossible to describe in a sentence or two. The motif is untouchability.

And unlike Premchand or Amritlal Nagar’s sagas, this is an untouchable’s fight for self respect and human dignity. Valmiki’s essayistic meditations about his brutal past make for a personal mythology to counter the epic mythologies of how the Churas were tyrannised by the upper castes. One would assume Valmiki had not made the sale of his book an easy task. The book is a bleak read. And yet, Joothan broke all records. Which is why, Yashwant says he was very disappointed that there was no translation of the book in Marathi. He used to joke, “You boast that Marathi is the language of Dnyaneshwari to the progressive modern thought of Phule’s Gulamgiri and Dr Ambedkar’s essays. And yet no translation of Joothan. Why?” 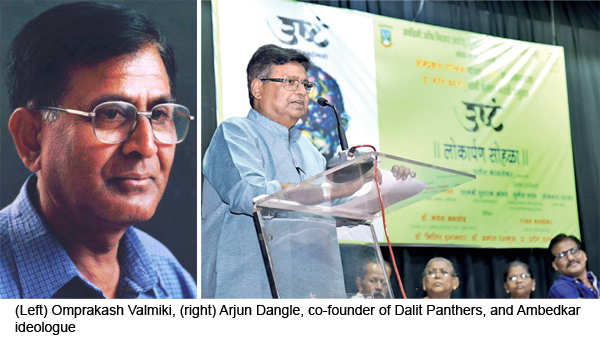 The quest for a translator began. But litterateurs were deterred by the dukkar (pig-eating episodes), plus the dehumanised conditions in a living hell. On cue, two translations were abandoned. On 17 November 2013, Valmiki passed away. He was 61.

Which is why, Bansod’s translation is important. As Sunil Yadav, perhaps the most educated safaikamgar in the BMC with a BCom, BA (Journalism), MA and M Phil under his belt, said, he had received calls from members of the safaikamgar community from the interiors of Maharashtra wanting to buy a copy of the book. After all, this was their song — about education, enlightenment and rights.

Photo journalist and Padmashri Sudharak Olwe spoke about why the book resonates even today. He said that we live in a country where we have delegated the collection of our s**t to the other. The other is invisible. He appears at 5 am to collect our garbage, sweep our streets, clean our gutters, enter the sewage canals, inhale toxic gases, load and unload the garbage trucks, and offload more than 12,000 tonnes of ‘s**t’ on the dumping grounds. Olwe, whose photo essays have depicted this world, said nothing has changed for these communities in the past few decades. The collection of garbage remains the responsibility of “a specific caste and a specific community”. Even if you offer a lakh or two lakh as monetary remuneration to an upper caste person, this job will be spurned.

As the evening progressed, other memories were narrated. And like Joothan, these anecdotes, angry or tragic little stories within the story — all seemed digressive, but quite like the methodical obsessiveness of Valmiki’s self-interrogation, everything became crystal-clear. Like Valmiki, speaker after speaker searched the farthest reaches of his memory for clues, hidden meanings, insults and tortures that might have been forgotten. The digressions turn out to be clues. And the clues pointed to one thing: the scourge of untouchability in the 21st century.

Dalit Panthers co-founder Arjun Dangle, said during his appreciation of Valmiki’s body of work, “Joothan is a must-read for all those who uphold the varna system and believe in the Hindu caste system of graded inequality. Also, all those people who want to cancel caste-based reservations, I would request them to stay for only one day in the basti that Omprakash Vamiki describes in Joothan.”

As one exited with a copy of Ushta, one wondered why this country has not buried the thousand years of inhumane practises. We boast that we possess the technology to leapfrog into digital India, but the same technology has not bettered the safety equipment of the safaikamgar. There has been no decree by scientists to modify the broom. As Valmiki said in his famous talk, “Mainstream politicians say Dalits should be made a part of the mukhyadhara (the mainstream). But the mainstream is rotting. Why then, should our people be part of such a rot?”