On 151st Birth Anniversary of Kasturba Gandhi – Remembering The Social Activist: What You Didn’t Know 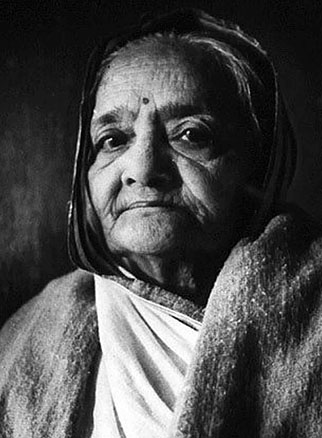 History has often presented Kasturba Gandhi as the subsidiary shadow of her husband, Mohandas Karamchand Gandhi. While the ‘Father of the Nation’ is revered for being on the front-lines of the freedom struggle, Kasturba has left an indelible mark on Indian history with her significant, albeit under-recognised contributions, to the struggle for independence.

She wasn’t taught to read or write, but at a young and confusing age, she was asked to make a conscious decision to relieve herself of a ‘traditional’ family life and dedicate it to fighting for the freedom of her country instead.

Here are a few facts about the woman who was bound in silent resilience and unexpressed ambition, a side-lined leader whose identity went far and beyond that of her husband.

A 13-year old Kasturba, who hailed from an economically sound and reputed family in Porbandar, was married off to Mohandas Karamchand Gandhi in the year 1883, as is recorded in Gandhi’s autobiography ‘The Story of My Experiments with Truth’ – that was published in two parts in 1927 and 1929.

According to my earlier experience, she was very obstinate. In spite of all my pressure she would do as she wished. This led to short or long periods of estrangement between us. But as my public life expanded, my wife bloomed forth and deliberately lost herself in my work.Mahatma Gandhi in ‘The Story of My Experiments with Truth’

Kasturba, the Beacon of Empowerment

Kasturba took the long bouts of loneliness, that she experienced when Gandhi first dove into his fight for politics and justice in South Africa, and used it to hone her leadership skills.

While she was gentle in her commands, she was headstrong and used her reputation as the ‘Universal Ba’ to get what needed to be done. Her orders would be carried out by those around her, out of respect and reverence for her person.

AeThe women of India have to prove their mettle. They should all join in this struggle, regardless of caste or creed. Truth and nonviolence must be our watchwords.Kasturba Gandhi

Kasturba’s fight for social justice began much before the struggle for Indian independence, dating back to her time in South Africa.

Succumbing to the ill-treatment meted out by the police and the strain inflicted upon her body due to her role in the agitation, Kasturba finally gave in to the physical confines of the world in 1944, three years before India would wake up as an independent nation.

But she will never be forgotten.

Maharashtra - How prisoners are being kept waiting for basics
Triple Talaq- ‘Wrong to give it religious hue; most Muslim countries don’t have it’
India - No Country for Dissent - `I am frustrated by the impotence of writers'
India - 2017 The Year of Love Jihad