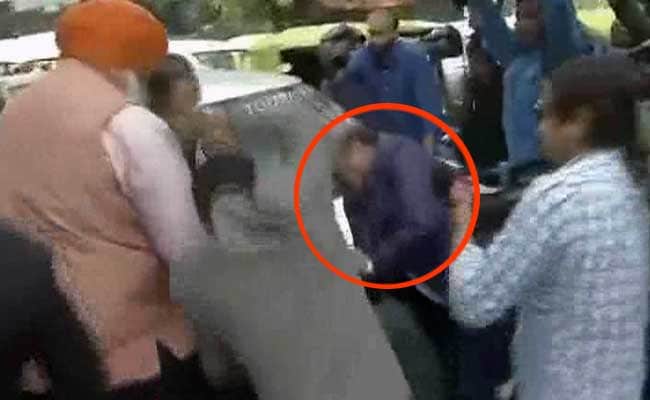 NEW DELHI:  The violence that erupted outside a Delhi court included a BJP legislator who was assaulting a man, reported to be a Left student leader. The BJP leader, OP Sharma, was quoted by news agency ANI as saying that anyone heard shouting Pro-Pakistan slogans “will be attacked”.

The court in Delhi was an emotionally volatile zone even before a group of lawyers went ballistic on students, teachers and reporters gathered for the case of Kanhaiya Kumar, the student from Jawaharlal Nehru University or JNU, who was arrested last week on charges of sedition, which has enraged opposition parties who say the government is targeting defenseless students. 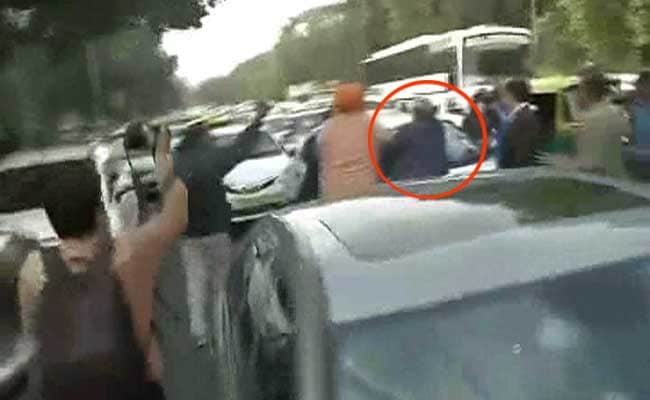 Some lawyers told NDTV that a JNU student got into a fight with a lawyer, and that altercation incited the violence that followed with reporters being slapped and pushed around. JNU professors claimed they were sexually harassed inside the court-room.

Last week, at an on-campus event, JNU students were heard shouting anti-India slogans and cheering support for Afzal Guru, the Kashmiri terrorist who was hanged three years ago. The government says Mr Kumar was among them; incorrect, says the opposition, citing a video of Mr Kumar’s speech at the event which is now doing the rounds on social media. 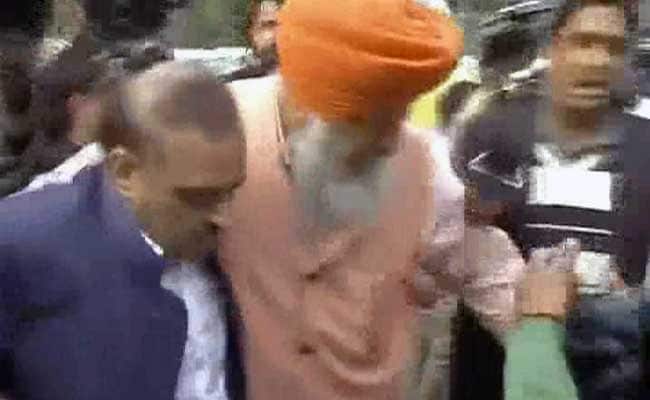 BJP legislator OP Sharma with his supporters after the attack

The Delhi Police was controversially allowed by JNU officials to search hostels to locate Mr Kumar and other students mentioned in its case.

The opposition says that while it does not support unpatriotic acts, the government is guilty of over-reaction and should have allowed the university to investigate the event and decide the punishment.http://www.ndtv.com/india-news/on-camera-bjp-legislator-beats-up-man-at-jnu-court-hearing-1277593

The stolen children of India , who are sent for adoption abroad #mustread
Do Bollywood writers fail the very India that feeds them ? - P Sainath
#India - I was shaken to the core – Kaun Hai Yeh Insaan? Impostor at large #Namo #Feku
World Migration Report- 2013- Migrant well being is linked to development