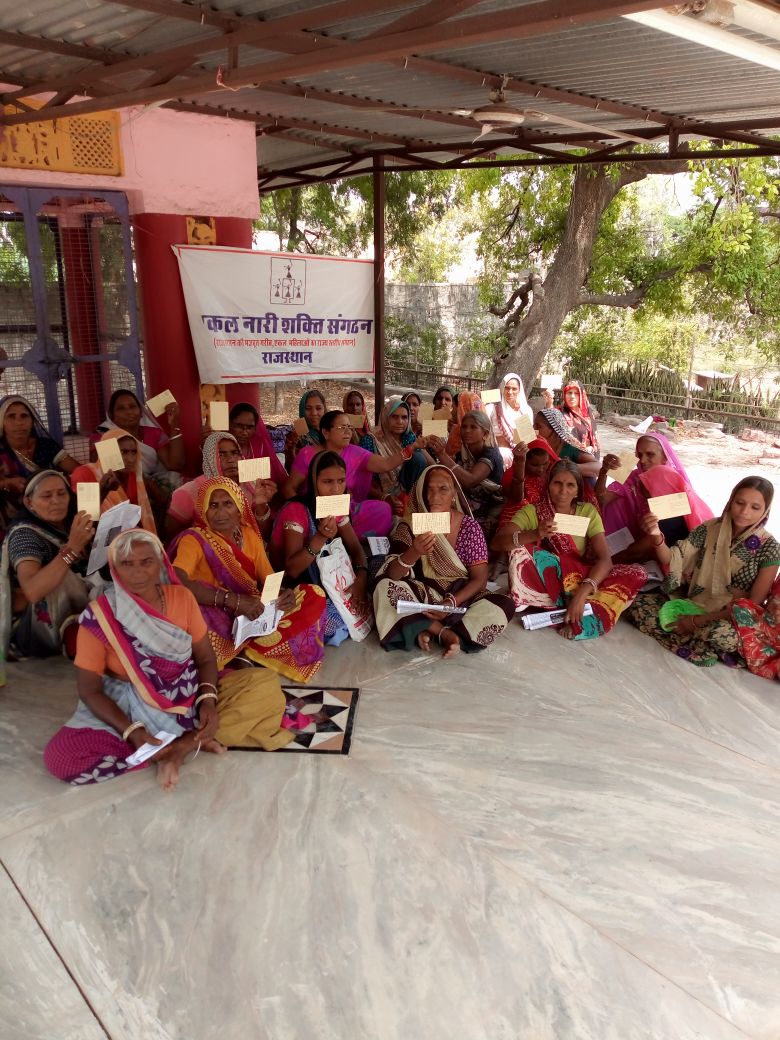 New Delhi:  At least 10,000 Single Women from West Bengal, Himachal Pradesh, Telengana, Gujarat, Rajasthan, Jharkhand and Punjab have written to the Prime Minister, sharing with him their problems on the International Widows’ Day, On June 23, 2018.

Parli Devi of Sikar District in Rajasthan while having her postcard written said that she hopes to receive a reply from the Prime Minister.

An older woman unable to work any longer, Prabhati Devi from Sikar has written requesting minimum social security pension of Rs. 2000/- for the vulnerable, and an increase in the food grain allotment from 5 kg/ person to 15 kg per person under the National Food Security Act.

In new-age digital India, crores of low-income Single Women continue to be on the margins. These women stand strong in the face of societal neglect and discrimination – struggling bravely and singlehanded to make ends meet for their households. What they want is to survive – with dignity.

Speaking about the Campaign, National Convener of the Forum and winner of the “Women Transforming India” award Nirmal Chandel said, “Single Women in India number over 5 crore. Their participation in the workforce exceeds that of women generally, organized and aware they are also emerging as community leaders in many areas. The Government should pay attention as Single Women have shown that not only can they change their own lives for the better but can be important agents of social change.”

Given barriers to mobility and education that women face in patriarchal India, Single Women are forced into exploitative employment, often daily wage labouring at less than minimum wage, to make ends meet. Vasantha, a leader from Telengana said “Governments schemes of skilling the youth have overlooked the needs of crores of Single Women in the country, many of whom join the work force at relatively older ages, and continue to work long into their old age out of necessity.”