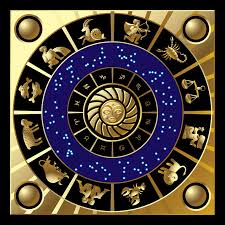 The Challenger- Sri A. S. Nataraj

An educationalist, A Rationalist- Author, Once an Astrologer

This is an open invitation to all astrologers, fortune tellers to accept the challenge to prove at least 80% of their predictions are correct against 10 questions on a single test horoscope. No astrologer has so far accepted our challenge since 2001. The astrologers, who gave press statement to compete, retracted later. This shows that predictive astrology is unscientific, illogic & not able to prove the truth on astrology by astrologers! Astrologers are sometimes successful in creating strong belief in the mind of believers that what-ever happened, happening in their life is on astrological effects, because the astrologers seed  permanent delusion in believers by planting blind faith, psychological exploitation, glorifications,  propaganda of Astrology.

Details of the One Crore Rupee Challenge

The Predictive Astrology practiced in India-is borrowed from Greece & Rome! Not Indian origin:  The tradition of foretelling and fortune telling based on predictive astrology is not at all Indian in origin. This system of fortune telling is not found in the Vedas or Vedic Jyotishya or Vedic hymns. Never found in Mahabharata or Ramayana times or Upanishath. We do not find any evidence of the names of the planets, signs (Rashis), Vivaha koota or names of 7 days of a week, during those days except Sun & Moon and 27 (28 ?) constellations of stars. The words Brahaspati (Brahamanaspati?) and Venaa are stated in Rig Veda, but they do not refer to any planets. It is clearly evident that there was no such kind of practice of fortune telling; or the practice of predictive astrology till 2nd Century A.D. The Vedic Jyotishya, translates correctly as astronomy and not as astrology, was composed by Maharshi Lagadha (about 1200 B.C.) mainly from Rig Veda (36 mantras) and Yejurveda (44 mantras) is not predictive astrology. Vedic astronomy is based on scientific astronomy and is predominantly details of movements of stars, as observed. The system of fortune telling based on horoscopes came from Greece, during 2nd Century A.D., during the tenure of Ujjaini King Rudradhama, in India. The Greek (Egypt origin) astronomer Ptolemy was the first astrologer in the world; he wrote the first predictive astrological (Phala Jyothisha) book Titribulos (in 140 A.D.). After him, predictive astrology spread its roots all over India, like a poisonous seed. Yavaneshwar, with Greek or-Roman origin, translated a Greek book, on Predictive Astrology (perhaps, the same Ptolemy’s Titribulos), into Sanskrit. The major contributions toward predictive astrology were made in India after 2nd Century A.D. by Yavana Spuji Dhwaja-270 A.D. in Yavana Jathaka, Yavana Meena Raja  (300-325 A.D.) in Vridda Yavana Jathaka, and by Aryabhata (476-550 A.D.) in Aryabhateeyam.  Varaha Mihira (505-587 A.D- he quoted Yavanas, Romaka) is the father & Indian authority of predictive astrology (his Bhrahat Jjataka, Sanhite, Hora etc.) in India, Another Parashara (6th Century A.D.?, perhaps not Mahabharat’s Parashara Maharshi, he quoted Varaha Mihira) ( he is also called father of Hindu astrology), Brahat Parashara, Parashari, Hora shastra- is said to be a oldest extant Sansrit work on astrology. Brahma Gupta (591-665 A.D) Bhaskar-1 (629 A.D.), Bhaskar -2 (Siddantha Shiromani-(Leelavati a part) (1114-1200 A.D.) etc. Most of, so called 18 Maharshis (1-Soorya 2- Brhama 3- Vyasa, 4-Vasista 5-Atri, 6-Parashara 7-Kashyapa. 8-Narada. 9-Garga. 10-Maricha. 11-Manu. 12-Angirasa. 13-Lomasha. 14-Paulisha 15-Chavana. 16-Yavana 17-Brugu 18-Shaunaka.) said to have seen the origin of Astrology by their divine sight and released their own astrological books, are not found. A few books are found but those were written after 2nd Century A.D. written by Pauranaik Seers. (Most of 18 Puranas were composed after A.D. only, mostly in Gupta’s periods). Some of ancient seers, Narada (Narada samhite), Garga (Garga samhite), Parashara (Brahat, Parashari, Hora), Bhrugu (Brugu samhite), Lomesha (Lomesha samhite) Paulisha & Yavana (last two were Greeks) wrote few books but they were in Puranaic Age after A.D.. A few names of seers of Vedic Age were referred in different books of astrology, but did not find their works. A few theories (Shiddanthas) like Pithamaha,* Angeerasa,* Vasista,* Romasha,* Soma,* Shakaly,* ( * these siddanthas are lost now) Aryabatiya, Brahma, Soorya, Paulasha, Pancha siddanthika* (Varaha Mihira-6th Century A.D.), Drikh Ganitam (Parameshwara-Kerala, 14 Cent A.D.) Drikh siddaantam (Neelakantha Somayaji 15th Century A.D) Naveena Drikh (Shankara Varman),etc are in the name of some Puranic and later Puranic seers after A.D.only. But those are only theories of mathematics and astronomy for calculation purpose to find the movement of heavenly bodies. Those theories (Siddanthas) are not predictive astrology. A few books on astrology by Jaimini (Jaimini Sutra), Markhandeya, Badarayana, Kalidasa, etc. were found but those were also of Puranic age, not before A.D. A few others like Prithyuyasas (Hora Sara), Mantreshwara (Phaladipika), Kalyana Varma (Saravali), Shripati ((Shripati Paddati) Keshava (Keshava Paddati), Mandavya ( Mandavya Jataka), Venkatadri (Sarvartha Chintamani), Vaidyanatha Dikshitha (Jataka Parijatha)etc. were from the period of Middle Age. A few names referred as astrologers like Bhattotpala, Rudra Bhatta, Vishu Gupata, Shaunaka, Shrutikirti etc. were only names but did not find their works. Some sparsely available books on astrology and quoted in other works like Horasastra, Horaprakasha, Muhurta Chintamani, Shuka jataka, Skandha Hora, Jathakasaradeepa, Vriddha Karika etc. were still in dark. Hence we could not find any evidence of predictive astrology before 2nd Century A.D. Therefore the predictive astrology was not created by God, or any godly seers or Vedic seers of India, but is a creation of few foreign people of recent (about 1500 years) period which is no base in the so called 18 ancient divine sighted astrologers, most unscientific, illogical & uneffective.

How and why a few predictions show partial success? – Mostly success of predictive astrology depends on a few of these factors: 1) The intelligent guesswork of the astrologer. 2) The possibility of exploitation and understanding the situation, context, circumstances etc. by the astrologer. 3) Experiences, eloquence of speech, intelligence, in understanding other’s thoughts, situations. 4) Sometimes truth happens on mere coincidence. One or two truths may happen to be correct, out of 10-12 predictions told on his intelligent guesswork. (on as told in Astrology, “Pancha Bhavathi-Pancha naa Bhaveth” theory). Though the particular selected theory (siddantha) and the methods of deciding the factor of effects (Phala Nirnaya) are same in different astrologies and particular books of astrology on Native horoscope (Janma Jathakas), the fortune telling or predictions are quite different of two astrologers because the most of the predictions are based on each one’s own guesswork. This is the big capital for all astrologers because the people take and publish only a few correct parts of any right prediction of any particular astrologer and forget and put the many more false predictions into dustbin. (The clients purposely do so, because, they do not want to show others that they were fooled and cheated by many astrologers.) This is the reason the people believe a particular intelligent astrologer rather than the system of astrology. 5) The predictions depend on the belief of the client, the amount and the level of exploiting, the fear & worry of the client and to how much of boasting & bluffing he has been exposed by the astrologer.. Thus the illusion truth of the perditions mostly stands on above 5 factors.

The 10 questions on horoscope are-

B-Part –  4 Questions  on future happening with in  3 months, (under different yogas).( 3 should be correct out of 4)

Call for debate / discussion at Bangalore.   The Akhila Karnataka Vicharavadi Sangha, Bangalore also invites the person/s to show/perform/prove the truth of the supra-sensory matters, like existence of God, Spirit, Ghost, Soul, rebirth, memories of previous birth, haven, hell, salvation, powers of divine/spirit/ghost, knowing the future happenings, Powers of chanting(mantra), prayer, worshiping, meditation of God, Power of curse, virtues, blessing, the divine power behind miracles, immortality of man, truth of astrology, evil/good effects of Vastu, Homa, Havana, Vritha, possession of divine, deity, spirit, ghosts etc. seeing the previous birth by hypnotizing, previous Karma theory, any not manifested powers etc. at Bangalore, in public, on provided platform by us. We (rationalists) are ready to share in discussions, debate, conversations with them, peacefully, but in opposite direction/thinking.

This books’  English Edition will be released soon. If interested to buy the English Edition, please register your name in advance by sending your Name, address & Phone No at above Publisher’s address. But please don’t send any advance money. Registered persons will get concession after releasing the book.

2)  “Jyothishakke Savalu” (= “A Challenge to Astrology”) ( in Kannada)  408 pages, Rs. 250/-)”  .A critical, scientific, rationalistic, realistic study on  Astrology and its practices, destructive  Vastu, Soul, Rebirth, Ghost, God etc. with a new out look.

It describes how astrology is unscientific, non Indian origin, all karakatwas are baseless. Predictions are guesswork , planetary effect are false & unscientific, illogic etc.

4.) Other Books– A few other books are also published (contact for details)

How to Complaint Against errant Auto-Rickshaw Drivers in Delhi
Smriti Irani and Death by a thousand cuts
Remembering Kuldip Nayar: A man who chose the right way over the easy path
India has led the arms race in South Asia