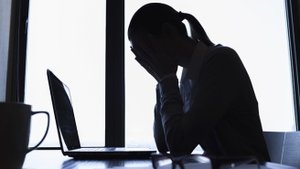 The Network of Women in Media, India, strongly condemns the continuing online abuse and harassment of women in general and women journalists in particular. We believe this growing phenomenon not only amounts to gender-specific hate speech but also represents an increasingly common form of gender violence and a disturbing threat to freedom of the press.

Journalist Barkha Dutt’s recent revelations about an abuse campaign that targets her by mass-sharing her contact details and bombarding her on social media with insults and insinuations of a sexual nature highlight not only her own intolerable predicament but the experiences of countless female colleagues in India, South Asia and, indeed, elsewhere in the world who are increasingly being targeted by Internet trolls in similar ways.  Among other Indian media women whose online ordeals have become widely known are Sagarika Ghose, Harini Calamur, Sindhu Sooryakumar, V P Rajeena, Swati Chaturvedi and Neeta Kolhatkar, but many others – including several NWMI members – are regularly subjected to virtual persecution.

While it is certainly true that male journalists are also subjected to online abuse and hate speech, they are generally attacked on professional grounds, whereas their female colleagues have to endure personal attacks, including references to their bodies (and parts thereof) and sexual lives (as imagined by the sick minds of their tormentors), as well as actual threats of violence, particularly sexual violence. As Richa Kaul Padte, co-author of the 2013 report of the Internet Democracy Project on women and verbal online abuse in India, has clarified, “We’re not saying that men don’t face abuse [online], but they don’t face abuse on the basis of their gender.” The US-based Pew Research Center has also observed that online abuse towards women tends to be more severe, including sexual harassment and threats of violence.

With the situation moving beyond abusive comments, which could be ignored or blocked to some extent, and progressing to stalking and direct threats of violence, several women journalists have had to resort to legal action.  According to the IFJ Press Freedom Report for South Asia (2015-16), last year alone five complaints against online abuse were lodged by women journalists and bloggers.  Commending journalist Swati Chaturvedi for taking on twitter trolls, the Delhi Union of Journalists and its Gender Council pointed out that the anonymity of the net must not be abused and misused to personally slander individuals, particularly women in public life.

The specific targeting of women journalists is of growing concern across the world.  Recent research by The Guardian revealed that articles written by women attract more abuse and dismissive trolling than those by men.  Among  the organisations that have recently highlighted the mounting problem and called for urgent action are the International Federation of Journalists and its Gender Council,  the Committee to Protect Journalists (CPJ) and the Organisation for Security and Cooperation in Europe (OSCE).

As a network of women media professionals we believe it is important to recognise that the online abuse of women journalists is as much about press freedom as it is about gender bias and violence.  Action is clearly required at different levels:  governments, media organisations, as well as intermediaries and social media platforms.  We call for immediate steps by all parties to tackle this escalating problem with due urgency and seriousness, with necessary respect for freedom of expression, and in consultation with women in the media.

Network of Women in Media, India