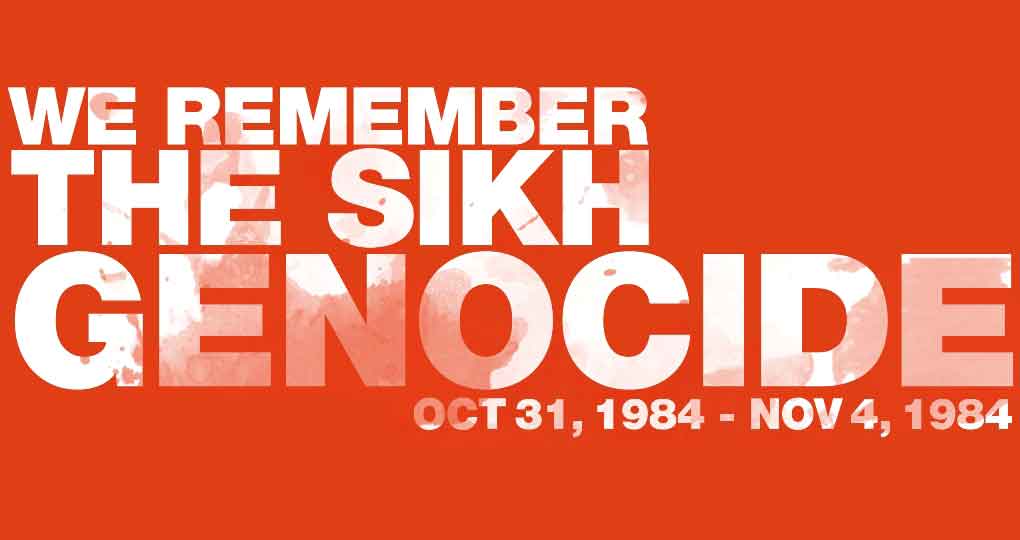 BJP led NDA Government had started putting the correct markers to win the trust of the Sikhs on the eve of the 2014 general elections. The party made a commitment that if voted to power, it will deliver justice to the victims of 1984.

On November 1, 2014, that is, on the 30th commemoration of the counter Sikh savagery, Narendra Modi had said: “a country that forgets its history can’t make history…That incident (anti-Sikh violence) was not a wound in the heart of any community. It was a dagger in the centuries-old fabric of India’s unity…our own people were murdered.”

Thereafter, on December 26, 2014, you characterized 1984 slaughters as a “Genocide.” While distributing cheques to the victims you said you choose this day because it’s the martyrdom of Guru Gobind Singh ji’s mother Mata Gujar Kaur and their sons, Baba Zorawar Singh and Baba Fateh Singh. You also said until the guilty are punished, the victims will not get relief. You assured victims and survivors that government is with them and will be with them in even bad days.

You said that the biggest incident of mob lynching happened in 1984. That is correct. But what have you done differently than the previous governments? Enhancing compensation is no justice.

On August 11, 2018, while speaking to the news agency Prime Minister highlighted his government’s promptness in bringing justice for the victims of violent crimes. He said his government will implement rule of law in true letter and spirit. But four years have passed and yet the inquiry is nowhere close to completion.

The impunity for the 1984 Sikh massacre has been used to downplay other incidents of mass violence. As long as the perpetrators of the carnage in 1984 go unpunished, the rule of law remains weakened in India.

The 1984 Sikh massacre is only used as political football by the BJP, and its evident from its regular comparison with the present mob lynching menace. Do two wrongs make one right?

Congress has failed the victims of the 1984 Sikh massacre, you have the opportunity to correct the wrong but it seems like you too are not interested.

Perhaps you are scared, if you will deliver justice to the victims of 1984 then it will send the wrong message to the administration which helped the state in slaughtering its own citizens. Or is it something to do with Gujrat 2002?

You appointed the SIT which was initially mandated for six months but they took nearly two and a half years and did nothing. Thereafter, the Supreme Court ordered another SIT that would comprise of a Chairman and two other members. However, nearly six months later, the third member of the SIT is yet to be appointed.

For too long, governments have only paid lip service to the victims and survivors of the 1984 massacre. No words can erase the pain and suffering these people have experienced. The only way forward is justice. But unless the issue is prioritized through speedy investigation it will be impossible for the victims to get justice. The first generation of the victims are now in their sixties. In another decade they might not be around or not be able-bodied to pursue long winding legal battles.

For once, let politics over the massacres of 1984 take a back seat and let the evidence speak for itself. 35-years may be a long time to wait but it can turn out to be a historic opportunity for the BJP government to deliver justice while the victims are still alive.

It is time for India to learn how to ensure that brutalities of 1984 do not remain a festering sore.

Sanam Sutirath Wazir is a Human Rights Activist from Kashmir.

President of India - To complain, to demand, to rebel is "a virtue of democracy" #RepublicDay
#India - Kandhamal biggest anti christian violence , Five Years Later: Why The Silence?
No More Bhopals ! Solidarity and support to the struggling survivors of Bhopal Gas Disaster
Tibet Supporters Protest Marvel's 'Doctor Strange' over Changed Character