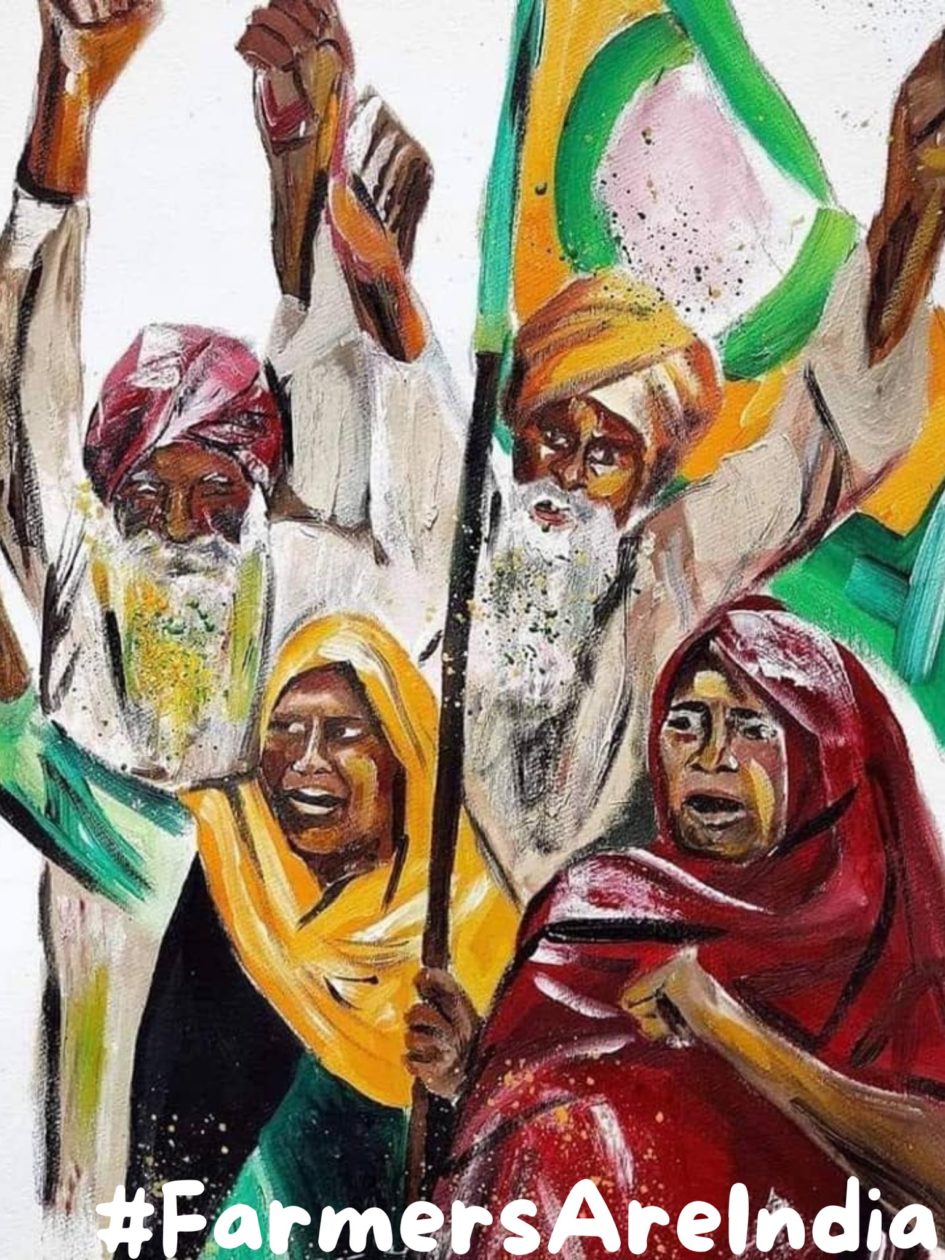 Dear Sir,
We watched with shock the unfolding events in New Delhi on 26th January 2021.  And now we gaze in horror at the barbed wire and cemented barricades at the Ghazipur and Tikri borders and at the steel lathis that have replaced the wooden lathis in the hands of the police. Are we fighting India’s enemies with such a display of power or the citizens of this country who are trying in vain to reach out to their government?

In fact, the 26th Jan clash between the farmers and the police took place in the context of the almost two-month long peaceful protests by farmers. Their demand? A repeal of three new farm laws passed hurriedly by the government without due constitutional and democratic procedure. The farmers on Delhi’s borders protested peacefully, braving the bitter cold through December 2020 and January 2021. The Delhi police had agreed to an alternate celebration of people’s nationalism with a tractor display by the farmers, immediately after the government display of India’s military power in the official Republic Day celebration! The tractor rally was also peaceful until miscreants were let loose upon them on 26th Jan to tarnish their reputation for exemplary non-violent resistance.

Our farmers are the back bone of our economy. No farmers, no food. It’s extremely critical that we listen to our farmers as they share their concerns on how the 3 laws will affect them, as well as all of us, who rely on them for our staple diet.

Several rounds of talks have failed. Is it too much to ask our Prime Minister to meet the people who till the land and feed the country, listen to their grievances and consider a roll-back? The confrontation could have easily been resolved and the nation saved from this Republic day show down. The farmers expected nothing less than understanding and sensitivity from their government. At the end of the day the law is made for humanity and not humanity for the law.  The farmers with dignity have continued to insist that their protest will be sustained till the laws are repealed.

As a Christian women’s group, we would like to highlight the innumerable hardships faced by women farmers who are working shoulder to shoulder in the farm sector, facing many challenges and equally demanding repeal of the laws. Today as the barricades deny them basic access to clean water for cooking, bathing and their basic needs, these women face intense hardships merely for exercising their democratic right to protest.

In this context, we the women representing all the Protestant and Catholic churches, demand:
• That the three contested Farm laws are repealed and new laws formulated in consultation with the representatives of the farmers.
• That the protesting farmers be compensated for the time lost from agricultural activity.
• A fair and impartial investigation into the collapse of law and order in the national capital on Republic Day.
• That all false cases registered against the protestors and journalists be dropped forthwith.
• That problems are resolved by breaking barriers rather than by building new ones.
Our farmers have never failed our nation through the last 71 years. Please do not fail them now.
Seeking justice,