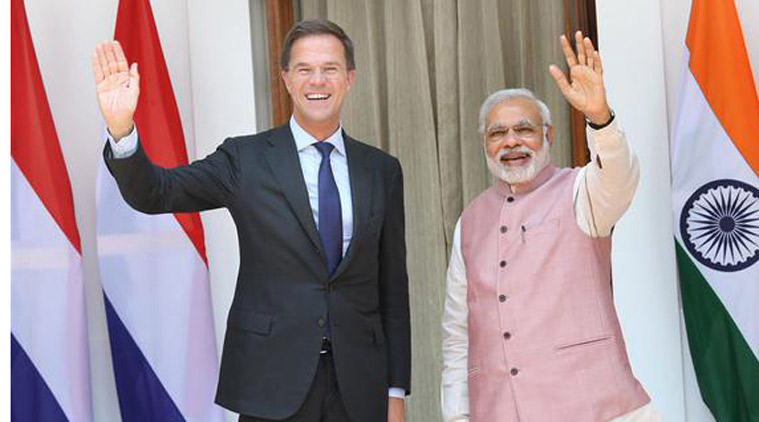 On June 27, Prime Minister Modi of India will pay his first official visit to the Netherlands. Reasons for this visit are the 70 years diplomatic relations between India and the Netherlands and the fact that the Netherlands is one of the largest investors in India.Silent support for violence of hindu extremists
The close Dutch relationship with India is a good reason to address the deteriorating human rights situation in India during the discussion with the Indian Prime Minister. Under Modi’s hindu-nationalist government, the marginalization of minority groups such as Dalits (‘untouchables’), Christians and Muslims has increased significantly. Especially these groups, together more than a third of the Indian population, are nowadays regularly victims of extremist Hindu groups who respond by violence to every alleged abuse of cows. The government of India largely ignores this violence. In April of this year, Human Rights Watch also expressed her concern about this. In that month, ‘cow protectors’ killed a 55-year-old man who was on his way with his cattle truck.
We urge you to ask Prime Minister Modi to actively promote the rights of minorities and to speak out against the violence of the Hindu extremist groups.

Freedom of expression heavily under pressure
India is known as a country with a great diversity of civil society organizations that are e.g. addressing rights violations and appeal to the government to act against them. However, the freedom of critical human rights and environmental organizations – which are supposed to be crucial for a democracy – is heavily under pressure. The UN Special Rapporteur for Freedom of Association stated last year that the restrictions imposed by the Indian government on getting foreign funding “might disproportionately affect those organizations engaged in critical human rights work, those which address issues of government accountability and good governance, or represent vulnerable and minority populations or views.”
Recently, for example, Dalit organization Navsarjan was unable to receive money from foreign donors. Navsarjan carries out development programs for Dalits and supports Dalits to stand up for their rights.

Refusal of visa hampers cooperation for human rights
Also for Dutch civil society organizations it becomes increasingly difficult to cooperate with Indian human rights organizations and to support their work. Another way to frustrate this cooperation is to refuse visas for employees of Dutch organizations, including journalists. For example, the person signing this open letter has been refused a visa for India for almost 15 years.
In response to parliamentary questions, Minister Koenders of Foreign Affairs announced in February that the Netherlands will exert itself to “pay attention to this situation [the various obstacles for Indian and Dutch civil society] and will continue to do so”. The visit of your colleague Modi is a unique opportunity to emphatically discuss this issue again and to make it a point of permanent attention in the bilateral and multilateral relations with India.

Violations of labour rights by Dutch companies
With his program Make in India, Modi wants to put India on the map as an economic superpower. Success stories about economic growth are manifold. The downside of it gets much less attention. According to the Dutch policy on international corporate social responsibility, doing business in a country like India is not free of obligations, but must comply with the OECD Guidelines for responsible business conduct. As often confirmed by your government, there are often substantial, serious violations of labour rights in the supply chains of Dutch and other companies that are operating in India. For example, girls work as modern slaves on cotton fields and in spinning mills for products that international companies sell on the Dutch market. Also in for example vegetable seed production, mining and processing of natural stone and the production of leather products, Dutch companies are involved in systemic rights abuses.

Actively together against child labour, exploitation and modern slavery
Currently, at the initiative of Minister Ploumen, Dutch civil society organizations, companies, trade unions ánd the Dutch government are working together on solutions in various sector agreements [called covenants], including in the textile sector. But to address the labour and human rights problems in Indian supply chains of Dutch companies, engagement of the Indian government is indispensable.
In line with her policy, the Dutch government should take the opportunity of this state visit to do the maximum within her capacity to get the support of the Indian government to address child labour, modern slavery, exploitation and other abuses in the chains of Dutch companies.

Pizza: 1 Free Meal Can Sway Doctor Prescribing #medicalethics #WTFnews
Condemn massive crack down in Punjab on peasant struggle
‘What he stole is rice. The reason, hunger’: Shock over Kerala Adivasi man’s death
India - Is the PM holding out a threat to Gujaratis?