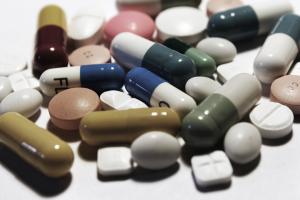 Jan Swasthya Abhiyan (JSA) is seeking your endorsement for the open letter to Prime Minister which is given below. The letter reminds him of his promise made during the last Independence Day speech that free medicines would be distributed through government hospitals and health centres. If you or your organisations are planning to endorse, please let us know your name and affiliation by Monday (12th August). The letter will be send with endorsements on  AUGUST 13th evening and will also be released to media in different parts of the country
PLEASE SEND ENDORSEMENTS TO  ([email protected])
(on behalf of JSA national secretariat members) To
Dr. Manmohan Singh
Prime Minister of India
New Delhi
Dear Prime Minister,
Your announcement during last year’s Independence Day speech that free medicines would be distributed through government hospitals and health centres raised expectations in many quarters. A year since your announcement, we, representing the public health community are concerned that realisation of this declaration has made no progress. Developments over the past year suggest that the programme will be silently shelved.
Following your announcement, in September 2012, the Health Minister had promised to provide Rs.1,300 crores to states for the purchase of medicines and setting up of a Central Procurement Agency for bulk procurement of drugs. Unfortunately, these promises have not been realised. Instead, the budgetary allotment for the current year on the medicines scheme was a mere sum of Rs.100 crores, though a realistic estimate would show an actual requirement of at least Rs.6,000 crores.
While your announcement was widely appreciated and highlighted in the national and international media, we in the public health community had specific reasons to welcome the announcement as a promising initiative. Various surveys have reported that households in India spend significant amounts on medicines, and expenditure on medicines account for 70% of out of pocket expenses incurred by families on medical care. Expenditure on buying medicines, thus, is a major portion of private expenditure on health care. The Planning Commission estimates that out of pocket expenditure, which accounts for 70% of all health care expenditure in India, is responsible for pushing over 5 crore people below the poverty line every year. Even though India is the world’s third largest producer of medicines and exports medicines to over 200 countries, an estimated 65% of its population is not able to access all the medicines they need. Medicine prices have shot up phenomenally in India over the past decade and this has been one of the main drivers of the multiplying cost of medical care.
While millions of Indian households have limited access to medicines, several state governments have decreased fund allocation for the procurement of medicines over the last few years. Only a tenth of government spending on health is currently set aside for drug procurement, with some states spending less than five percent. A significant increase in the allocation for public procurement of medicines from current level to around 0.5% of GDP over the next few years will improve access to essential drugs in public facilities and will greatly reduce the burden on out of pocket expenditures and increase the financial protection for households.
The scheme that you had announced, if implemented, would have significantly changed the healthcare scene in India. Availability of medicines will contribute to the image of public healthcare institutions and will renew interest among public in these institutions. We have experience within our own country that such a scheme can make a huge difference to health outcomes. Significant progress has been achieved in states such as Tamilnadu, Kerala, and more recently in Rajasthan, where free medicines schemes have been implemented. The experiences of these states show that medicines procured in bulk by their generic names cost 40-4000% less to that of the market rates. Reports from Rajasthan suggest that the scheme has led to considerable increase in the number of people accessing public health centres in the state.
In this backdrop, as you are preparing to address the nation on yet another Independence Day, we would like to remind you of the promise you made to the people of India, exactly a year back. We urge you to redeem this promise of making available free medicines in all public facilities and take immediate steps to implement such a scheme across the country. This has a potential not only of ensuring people’s right over access to essential medicines, but also in strengthening the public healthcare system as well as in tackling poverty.
Sincerely
__._,_.___