You need a scientific temperament – one that gives you critical observation, makes you question things and not blindly accept ideas and notions.

You poor woman. Poor, poor woman. How you have been misled into claiming superiority over other women by the same logic that deems you an inferior being. Let me explain a few things to you.

One doesn’t become a scientist by simply filling one’s head with a great amount of objective information. You need a “scientific temperament” – one that gives you critical observation, makes you question things and not blindly accept ideas and notions without evidence or proof of their correctness.

I don’t mean to say all scientists must be atheists (although that would be the completion of science’s project). There are several renowned practitioners of science who adhere to some form of faith or the other. But the real intellectuals among them are the ones who accept that there are things beyond human understanding that cannot be concretely known in the three-dimensional space we inhabit and that all metaphysical speculation is just that – speculation, which their scientific temperament will not accept as truth.

But still, as humans who must deal with the bewildering irresolvability of the ideas of life and death – and suffering and loss and hardships, they feel it is a good idea to abandon the need of understanding/analysing these phenomena and bundle it all up and place it in the hands of a “higher being” and go about their lives in as compassionate ways as possible in the hope that it will come back to them. The hierarchical arrangement of people in castes determined by divine ordination of birth does not feature in their faith. May their tribe grow. 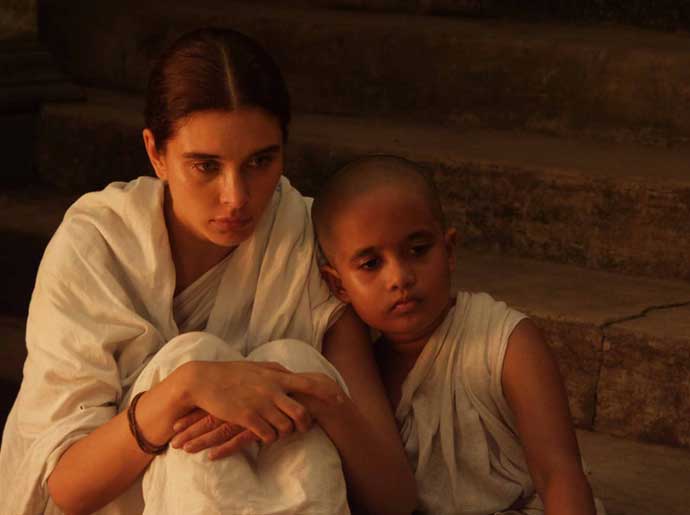 You, unfortunately, are not among them. You are, with all your fancy degrees, plain stupid. Stupid, not simply because of your blind acceptance of fairytales as the omnipotent truth, but because you have bought into the doctrine of your own subordination as a woman. You are a subject of hegemony who would have been forgiven it if not for your claim to science.

I’m not a sociologist critiquing the caste system dryly. I’m someone who was born into a Brahmin household just like you, but in spite of not having read as much science as you have, have however developed a reasonably critical perspective for the things I see happening around me. There are many of us like that – you are welcome to join the club after you have read through this letter. It’s free. All we demand is free thought.

The simple, fundamental truth is this: we women have no claim to Brahmin-hood. It is a system by the men and for the men that helps them control us. It doesn’t take more than a little scratch on the surface to see it. Do we get the sacred thread? No. Our husbands get three more strands on our behalf when we marry them – as our keepers.

When we bleed as part of menstruation or childbirth, we are untouchable – we are “shudra”. And we have to go through a humiliating process of cleansing ourselves before we are accepted “inside”. We are nothing but vehicles to carry forward the “purity” of the men.

Our sexuality is linked and limited to our responsibility of facilitating one man – only one each, mind you – procreate. We are “given away” by our parents to another family whose possession we become. If the man kicks the bucket, it’s the end of our claim to any semblance of rights: our right to dress and look good, our right to eat well, our right to desires and feelings.

A widow becomes a “pure woman”. One who is stripped of all happiness. But at the same time, she is considered a bad omen and kept away from all auspicious spaces. They justify it with nonsensical claims that the soul of the dear departed husband suffers so many thousands of years in hell for every drop of water shed from the widow’s hair when she washes it – so off with her tresses. Don’t you see how it is? Your life’s sole purpose is to bear that man’s children – and when you can’t, your life is over… you simply wait to die.

Not too long ago, young girls were widowed even before they hit puberty, and deprivation and suffering were the only “joys” allowed to them throughout their lives. I’m sure you’ll find such examples in your own family only a few generations ago. I have heard that the one of my great-grandfather’s sisters was such a child-widow. And although they treated her with kindness, there was no question of changing her situation.

And what about widowed men? They can go on to marry again soon after they are cleansed of the pollution of the wife’s death. There is no question of deprivation and suffering for them.

They can also have as many mistresses as they can afford – of any caste. The children born of these relationships are not Brahmin of course – because it takes the pure vessel that you are to bear their pure genes. And if a woman does the mistake of cohabiting with a man of another caste? Out-casting would be the least of her punishments.

Now, don’t you see how weak and non-absolute your claim to your caste is?

For many women of my generation, the ball towards freedom was set rolling by our mothers and grandmothers. In my case, one of my great-grandmothers refused to don the attire of a widow when she lost her husband in her 30s. “My face looks bare without the “kunku”,” she said and refused to erase it. She was boycotted by many for this act of rebellion and she suffered for it – but she stood firm. That must have led to the onset of my puberty not being celebrated with “aarti” – the officiating of the woman as a birthing machine; her proper identity – and I am immensely grateful to my great grandmother for having initiated the process to mark a woman’s individual identity.

While that is the kind of cultural progress we make through personal histories, let’s not forget that the social and legal rights we enjoy are thanks to a Dalit man’s crusade against the horrors of our caste; the rights of property and divorce and remarriage (to own things, to leave a horrid man, to seek and claim love again after having lost it).

These things did not exist for us before the existence of the modern republic that is our country. Now, see how silly and hypocritical it makes you look to want to straddle both these spaces – a modern one with rights (under whose claim you can even go to the police) and a mythic world of turtles and elephants holding the world up where women are the property of one man or the other.

I’m sure you are not an ardent follower of rigid customs (what with going out to work and not having the time to drape a “nav-ari saree” and all that). In the world we live in, we are afforded the choice of compromise – we give up on certain practices and continue with certain others.

Just think about where this freedom to make those choices comes from.

I have realised that the only way to reconcile our existence as women born in Brahmin families is to be extremely critical of the practices that reaffirm our inferiority – to reject them and to subvert the system. You needn’t be a great revolutionary to do that. You needn’t marry a non-Brahmin, or eat meat (although that would be the completion of reason’s project).

You can do that from within the comfort of your heteronormative life and your no-onion-no-garlic lacto-vegetarian kitchen (I mean those kadabus-dripping ghee are to die for, aren’t they?). All you must do is recognise your privileges as that, and give up your claim to superiority.

It doesn’t take a scientist to see that one’s rights are tied with the rights of others – it is a fine balance.

Remember, dear lady, the god who you claim is desecrated by another woman, was never yours to begin with.