Open Letter to the Chief minister of Odisha #Vaw #Womensday

Mr. Naveen Pattnaik we are surprised that you are not ashamed even after women’s day. 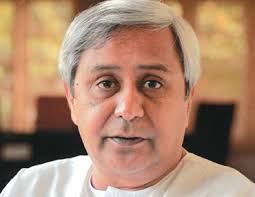 We are deeply anguished and disturbed by the recent turn of frightening and ugly incidents perpetrated by the Odisha government, POSCO management and their hired lumpen criminal elements on the POSCO payroll. They have unleashed extremely barbaric white terror in the anti-POSCO struggling villages of Jaghat Singh Pur, Odisha. On the eve of the women’s day we learnt that the women gave the most desperate threat to the district administration as a last ditch effort. “If the police forces are not withdrawn they will protest naked in front of the police”. This news sent a chill down our spines as this was a confirmation of your wanton behaviour in the area and continuing attemts at escalating violence against agitators that is completely unjustified.

You have proved that you are the biggest enemy of the women of Odisha. Instead of removing the police you charged women with indecent exposure and arrested them.

That shows the apocalyptic vision that women are the most worthless beings, have absolutely no hope in a state governed by you. And remember, all this was happening when your minions of women and child development department and the public relations department were flooding the newspapers and television with your great achievements on the gender front. Whereas in reality you have inflicted on the suffering women of Odisha extreme repression by security forces who rape them in custody, brutally repress them forcibly evict them from land, habitat, livelihood, culture and dignity. The combing operations by your police and paramilitary forces have inflicted most bestial violence that has crossed all the limits of barbarism.

Last time one had seen such a protest taking place was in Manipur in July 2004. The situation, however, was a little different in that case. Assam Rifles had raped and murdered Manorama. Elderly women of Manipur aghast at that had decided for going that protest in sheer desperation. They were a people who had completely lost their faith in the nation that claimed to be their own but acted as an occupying force. Its security forces assaulted the men and raped the women at will and the state legitimised such dreadful practices by allowing the Assam Rifles deployed in Manipur to provide condoms as an integral part of the travel kit,to be used while on patrol duty. Having had enough of this, Manipuri women went to the headquarters of the Assam Rifles, disrobed and flung a banner reading “INDIAN ARMY RAPE US”.

Odisha is thousands of kilometers away from Manipur. The POSCO Pratirodh Sangram Samiti (PPSS) simply announced “Left with no other option, women from the village have decided to get naked before the Policemen tomorrow”. The pain and agony it would take to first decide for holding such a protest and then announcing it to the public was totally lost on you.

The women reached this decision because you as the Chief Minister have abandoned them for POSCO, the multinational company and as its lackey have been violating all rights of the residents with impunity. Anti-POSCO people have reached the decision after getting many of their near and dear ones killed by the hired goons of the company. They have reached the decision for the state government repeatedly sending in an armed-to-teeth police force for cracking down on the peaceful protesters and forcibly acquiring the lands even when the environmental clearance that is mandatory for such projects stand cancelled by the statutory authorities and the MoU with POSCO is defunct. You have destroyed their betel leave vines. You threaten to arrest them if they step out of the village and for years they have lived without even the minimal health services.

Mr. Patnaik, with your slavery and loyalty to the national and international corporations has made you so de-humanized and de-sensitized that you are busy serving their interest and are apathetic to the very people who have brought you into this office.

Your administration lies through its teeth and declares anti-POSCO struggle of making bombs. Your police tries to run over their leader. Such is the rottenness of your rule that even fact finding teams are hounded by company goons who are getting more confident as they are literally getting away with murder.

Finally, if you have any shame left, Mr. Pattnaik, resign and apologies to the women of Dhinkia, govindpur and Patana.

S ENDORSE THIS LETTER , PL ADD YOUR NAME, ORGANISATION, CITY IN THE COMMENTS SECTION BELOW