Open Petition To President of India , In Solidarity with Dr Prasad Pannian of Kerala 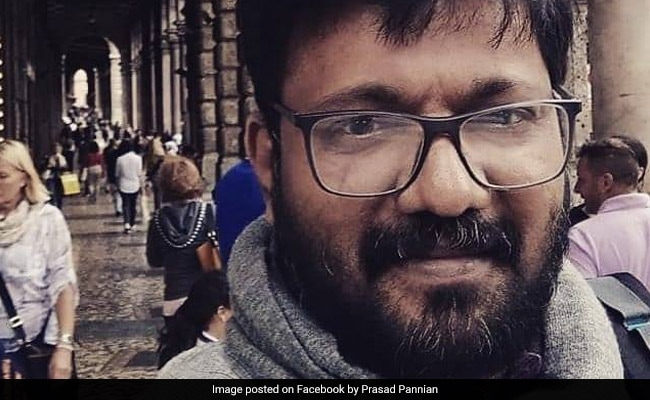 Instances of assault on academic and intellectual freedom have become the order of the day in present day India, the latest being the disciplinary action taken against Dr. Prasad Pannian, Associate Professor and Head, Department of English & Comparative Literature, Central University of Kerala, Kasaragod, Kerala. Dr. Pannian was removed from his position as Head of the Department of English & Comparative Literature on 07.09.2018. CUK administration’s highhandedness is evidenced by the fact that Dr Pannian was not given any opportunity to explain/clarify before being suspended. The flouting of procedure and principles of natural justice in this instance for “violating the service rules” (under CCS Rules 1964 that are not at all relevant to academic institutions) also point out to  a larger crisis in academic administration.

Dr Prasad Pannian is targeted for his unflinching support to a Dalit student who was jailed for many days over a very minor incident in the University.  Dr. Pannian’s criticism of the highhandedness of the University administration in awarding disproportionate punishment to the student and criminalising his life in a Facebook post earned him the wrath of the University authorities. A reputed young scholar, Dr Pannian has earned his name in critical humanities with his book titled Edward Said and the Question of Subjectivity, published by Palgrave Macmillan, New York (2016). He has, among other recognitions,  recently won the prestigious Edward Said Fellowship (2018-19) instituted by the Heyman Centre for Humanities at the University of Columbia in the City of New York.  We consider the disciplinary action taken against Dr. Pannian as an infringement on his fundamental right to freedom of expression as an individual and as a teacher.  Therefore, we condemn the punishment and oppose unequivocally the targeting of a reputed scholar.

Established as one of the fifteen Central Universities under ‘The Central Universities Act, 2009’, CUK is envisaged as an institution that would develop into a major center of higher learning and research in a relatively backward region of Kerala. Academics like Dr. Pannian would be very central to the future of the Central University of Kerala, Kasargod with his scholarship, sense of social justice and humanitarian values. However, such positive hopes are belied when we note with great dismay how promising academics are targeted, punished and forced to remain silent.

Therefore, we, the undersigned academics request the Visitor of the University, Shri. Ram Nath Kovind, Honourable President of India, to urgently intervene in the matter and direct the University administration under Prof G Gopakumar, Vice Chancellor, CUK to drop all disciplinary proceedings and action against Dr. Prasad Pannian. We stand in solidarity with Dr. Prasad Pannian and request you to revoke all disciplinary action against him.