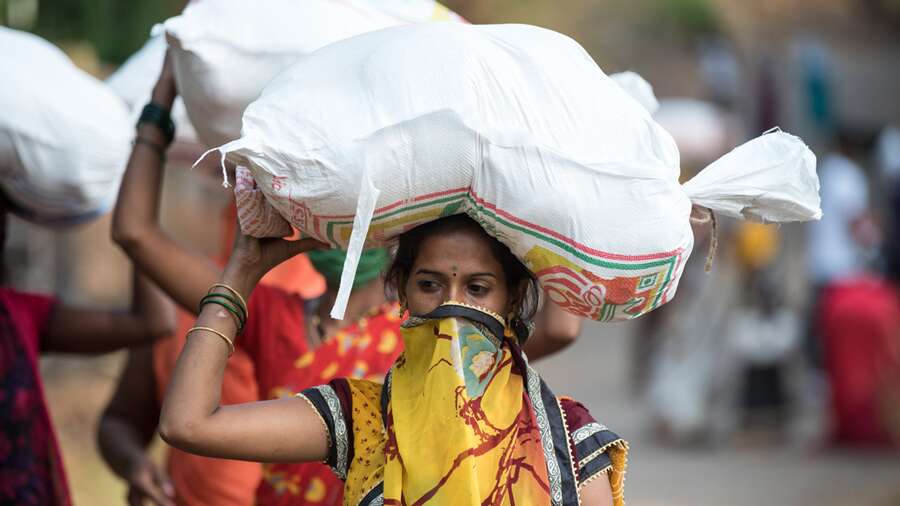 A gender perspective on internal migration is imperative because women have significantly different motivations, patterns, options and obstacles than men

Women migrant workers face many challenges. They remain invisible and discriminated against in the workforce, receive less pay than their male counterparts, and are deprived of social welfare schemes and entitlements. According to a Unesco-Unicef report, Social Inclusion of Internal Migrants in India, 2013, maternal and child health indicators of migrant women remain poor and many of them are vulnerable to sexual abuse, exploitation and other forms of violence.

The report points out that existing policies of the Indian State have failed in securing legal or social protection for this vulnerable group. The female-intensive work in the unorganized sector remains unregulated by labour laws. According to Human Rights Watch, the Sexual Harassment of Women at Workplace (Prevention, Prohibition and Redressal) Act, 2013 has not proved beneficial in dealing with sexual harassment complaints in the informal sector. The Building and Other Construction Workers (Regulations of Employment and Conditions of Service) Act, 1996 has been ineffective partly because of the lack of awareness and partly due to breaks in the work contract.

India ratified the United Nations Convention on the Elimination of All Forms of Discrimination against Women in 1993. India is also party to the International Covenant on Economic, Social and Cultural Rights. Despite these international legal obligations, we still lag behind in providing a safe working environment for women migrant workers.

The Covid-19 pandemic has further accentuated the misery of these women. According to UN Women, Covid-19 has unevenly impacted women and girls in health, economy, social protection and gender-based violence. A telephone survey of migrant labourers conducted by Jan Sahas found that around 92 per cent had lost their work and 42 per cent were impacted negatively with no food or supplies. Another qualitative study conducted in Delhi and Gurugram in Haryana revealed that the pandemic led to the loss of livelihood and increased debt, adversely impacting migrant women’s nutrition and well-being.

We are far from attaining the Sustainable Development Goal (SDG) 5. The indicators related to this goal are critical to building gender-sensitive policies. It requires assessing migration-related challenges and determining how to empower women and girls through migration.

The migrant labour policy draft by the Niti Aayog is a welcome step towards recognizing migrants’ contribution to the economy and supporting them in their endeavours. The draft policy proposes several radical ideas like adopting a rights-based framework and putting in place an additional layer of institutions to create a more suitable policy environment for migrants. Let’s see how far the proposed migrant labour policy addresses gender differences in employment. Since India has not ratified the International Labour Organization Convention on Decent Work for Domestic Workers and the Domestic Workers Bill 2017 has not become law, it would be easy for women migrants to remain excluded.

A gender perspective on internal migration is imperative because women have significantly different migration motivations, patterns, options and obstacles than men. It also becomes crucial to pay attention to women migrant workers in the light of the ongoing pandemic, which is bound to aggravate the existing gender inequalities and vulnerabilities.