Our legal battle against Adani’s fake deal is underway, but Brandis intervenes in the Court to support them

We are underway in our legal battle to strike out Adani’s fake ‘Indigenous Land Use Agreement’.

In an extraordinary turn of events, Attorney General George Brandis intervened in our Federal Court hearing on Thursday to advantage Adani, asking the judge to delay our strike-out application.

The Attorney General chose to cross the line between the Parliament and the Courts solely in Adani’s interests, and showed just how willing the Government is to take away our rights. They will stop at nothing.

This fight is big. Please watch and share our video, and donate when you canto our Defence of Country Fund. 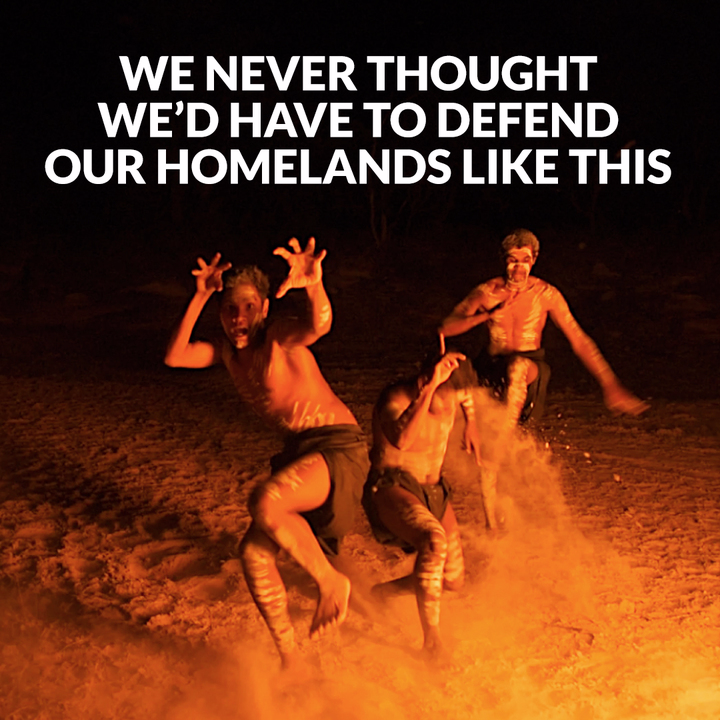 Without this ‘land deal’ being registered, Adani can’t move ahead. And right now, they have nowhere to go without the assistance of the Federal Parliament.

We have a knockout punch, but Brandis and the Federal Government are doing everything they can to stop us from throwing it.

The good news is, we are now underway with legal proceedings, and Adani and the Queensland Government are in our sights.

At the very least they will be tied up for many months in litigation and will not have an ILUA to proceed with. And we can win this.

Adani did not negotiate and achieve our free, prior and informed consent. And we have four strong legal grounds against Adani’s pretend ILUA.

As the law stands, Adani do not have a document that could even be considered legal. This is why the Turnbull government has been in hyperdrive trying to push the ‘Adani amendments’ through the Senate.

But now, in an act of extraordinary political interference, Brandis has reached into the court to intervene in our case and delay the proceeding.

This puts beyond doubt that Brandis and the Turnbull Government, backed all the way by Queensland’s Palaczszuk Government, are working in billionaire Adani’s interests. Again, they are making Native Title – and Traditional Owners rights – all about Adani’s coal mine.

They are unrelenting in their support for the Carmichael project. But so are we in our determination to defend our country and safeguard the future from this mine of mass destruction.

We will not surrender. No means no, Adani.

Stand with us as we fight these corrupting and destructive influences, and protect our ancestral lands and waters.