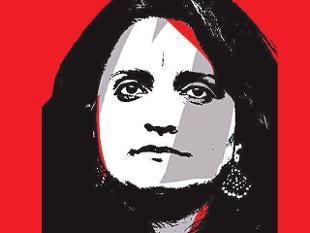 The cancellation of FCRA licence for the NGO Sabrang Trust by the Union Home Ministry and the Gulberg Society judgment which came within a day of each other has brought the focus sharply on civil rights activist Teesta Setalvad. Yogesh Pawar caught up with her to find out her side of the story. Excerpts.

How do you react to the Gulberg society judgment by the special court on Friday?

I’m still processing the whole judgment to come to a considered opinion point-by-point. But I’ve read and seen the media coverage. On the face of it, I feel completely outraged by the complete disregard for eye-witness testimonies. These were witnesses who actually faced the attack, were injured and stood the test of cross-examination in court. We had 19 very strong ‘occurrence witnesses’ who pointed out how the mob began building on February 28, 2002 from 9 am and began growing in its fury and strength till 10.30 am. Many said, then DGP PC Pande came and went, many said then joint CP MK Tandon also visited the spot around 10.30 am (the latter’s accepted this on record) with a striking force which did not take any action though the 5,000-strong mob began flinging burning tyres and attacking the society. I’m just aghast at why the judge disregarded such voluminous evidence of what transpired between 9 am to 1 pm and why the SIT did not push this case in an ethical way.

And you’d pointed what you’re now saying to the court too?

Our senior advocates like SM Vohra, Salim Sheikh, Sadiq Sheikh were there every day making arguments on behalf of the witnesses. 400 pages of such arguments in Gujarati are part of the record as is our argument that then Ahmedabad CP PC Pandey, Joint CP MK Tandon, Assistant CP PB Gondia and Assistant CP (city crime branch) SS Chudasama be arraigned for negligence in duty. We get the feeling that the SIT was out to protect the powerful perpetrators. So there’s a sense of disbelief at the judgement. Let’s not forget that this was the second worst massacre after Naroda Patiya (where the chargesheet said 97 people were killed while we said 124). Here 69 people were killed. The targeting of Ehsan Jafri needs to be seen in context with his campaigning against the then CM in the Rajkot assembly by-election in February 2002. Yet it seems bizarre that apparently the judegment says nothing happened till 1 pm when Jafri fired at the mob. It appears to me that the judgment is not only diluting what happened but also attempts to turn the narrative around.

So what are you planning to do?

Despite the despair and despondency over the judgement,we’ve already begun working on our appeal in the matter. And we’ll do this independent of the SIT which is anyway going through the motions as mere formality. For example, the public prosecutor for the SIT RC Kodekar did not even argue conspiracy.

The MHA has cancelled the FCRA licence of your NGO alleging several irregularities?

We challenged the MHA/FCRA department’s order suspending our FCRA registration. The MHA has completely ignored our detailed point-by-point response (on June 25, 2015) that Sabrang Trust submitted following the June 5, 2015 ‘observations’ of the MHA/FCRA team subsequent to its on-the-spot inspection of the trust’s accounts from April 9-11, 2015. The order mechanically repeats allegations of FCRA 2010 and FCRR 2011 and clearly shows it has been passed without any application of mind and suffers from arbitrariness.

What about the charge that Rs 50 lakh reimbursed to Sabrang Communications & Publishing Private Limited (SCPPL) were transferred for personal gain?

To begin with, the so-called “transfer” of Rs 50 lakh (between 2006-07 and 2013-14, i.e. 7 years) by Sabrang Trust to SCPPL appears to be exaggerated as it doesn’t tally with the trust’s audited accounts. The so-called “transfer” was in fact payment by Sabrang Trust to SCPPL towards agreed monthly share of shared actual expenses incurred on office/furniture and fixtures/office equipments/staff. None of this amount was paid to me or Javed (Anand), and no rent’s ever been charged to any trust or entity for use of office space from my parents.

Even if you assume the inspection team’s figures are right, it means an average of around Rs. 7 lakh/year or less than Rs. 60,000/month by Sabrang Trust towards shared actual expenses incurred on: staff salaries (9 employees); repair and maintenance of office space; repair, maintenance, upgradation of office equipments (including 12 computers, printers, photocopier, fax machine etc.); electricity bills etc. Nowhere does FCRA, 10 or FCRR, 11 bar an association with FCRA registration from a cost-saving, expenses-sharing arrangement with other association(s), whether registered under FCRA or not.

Some of the coverage around the FCRA licence cancellation has been quite venal?

I know it was a glass of wine a few years ago, it was credit card bills later and it’s come to ear buds and sanitary napkins too. Why is the media being so gullible and not questioning what’s being said? Since our organisations don’t have credit cards, we use personal cards to book air and train tickets for work-related travel. This is done with the consent of trustees and auditors. These expenses are then reimbursed.

As for the wine, books, shoes, medicines, suitcases, haircuts and restaurant meals, they are all paid from independent personal incomes. The Gujarat police deliberately manipulated credit card details from personal accounts to create an impression of misuse of public money. We live in Maharashtra, and not Gujarat where there’s prohibition. Why should there be such ruckus over a glass of wine?

The museum was just an idea. There was no money/property exchanged. It took six years, after our petition for transfer of the case in May 2002, until 2008, for the SIT to be appointed by the SC. Why did it take so long? In between we thought since no one was coming forward to redevelop the society perhaps we could develop it into a museum. Despite what is being said, even today, if only the Jafris want to make a museum of their own home, who can stop it?

The amnesia in the media, particularly some really sick TV channels is terrible. Some TV channels are worse than khap panchayats. Many have approached me to speak and I told them, “Call me and grill me point-by-point on every contentious question and I’ll answer it fully without avoiding anything.” I am willing for this to be a live show too. But I’m unwilling to subject myself to a pre-mediated lopsided panel discussion, where I have to shout to match the crowd of other voices to be heard. I told this even to my “friends” Barkha Dutt, Rajdeep Sardesai and Vishnu Som, the same thing. It’s an irony that some of the loudest top journalists with 5-star lifestyles are judging us?

Why do you think you’re being targeted?

Why do you think? See this began in 2004 when Zahira Sheikh turned hostile in the Best Bakery case falsely alleging kidnapping, false affidavits and so on. It was proven that she was lying. I filed another FIR in the Lunawada mass graves case in December 2005. Later we decided to part ways with Raees Khan Pathan following differences. In 2010, when the Zakia Jafri case reached the SC, suddenly Raees Khan was brought forward to complain against me. So in 2011, I was made an accused in the chargesheet first filed six years ago! And they came to arrest me five times. Thankfully the SC intervened and came to my rescue.

Don’t you feel concerned about putting yourself in harm’s way?

I don’t think like that. The attacks on me and the intimidation is not something I wear on my sleeve. Regardless of whether the media and others come ahead to support me, we’ll continue to fight. More than 570 families have stood behind us like a rock, the odd Zahira and Raees Khan notwithstanding.

Earlier I was underestimating the threat and felt it was ok to get arrested. It was my lawyer Kamini Jaiswal who warned me about getting arrested by the Gujarat police. “They’ll simply finish you. They won’t let you come out.” I really don’t care about the vilification, its always been an area of expertise with fascists, but yes one can’t undermine the threat to me and my family.http://www.dnaindia.com/india/report-outraged-by-complete-disregard-for-eye-witness-testimonies-teesta-setalvad-on-gulberg-society-verdict-2225572