Over 10% with Serious Respiratory Illness Test Positive for Covid-19, Most Had No Overseas Travel History 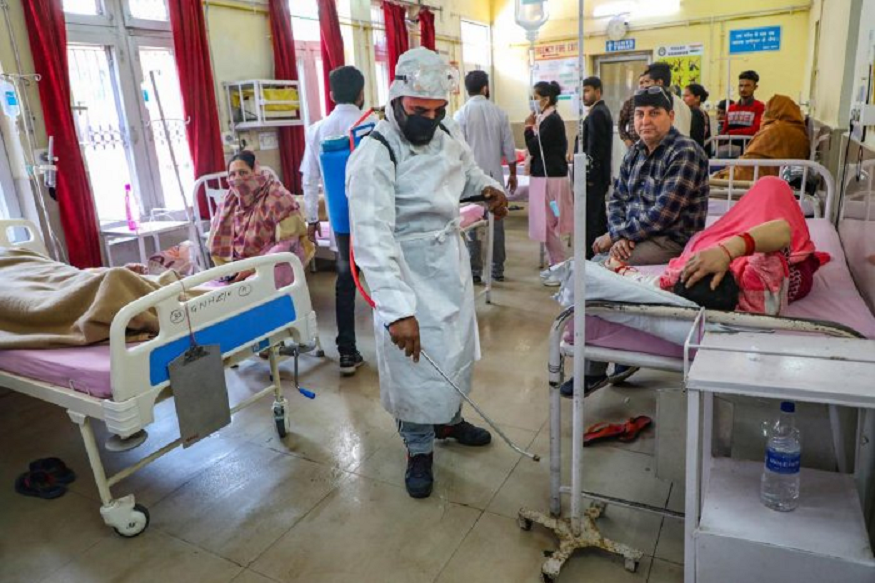 Of 110 such patients tested, 12 were found positive for coronavirus, but ICMR says the cases are not widespread to conclude community transmission.

New Delhi: In what could be the first signal of community transmission of Covid-19 in the country, nearly 11 per cent of those patients who have been tested so far due to severe acute respiratory illness (SARI) have been found positive for Covid-19.

Of the 110 such people who were tested due to SARI hospitalisation, 12 have tested positive for Covid-19, top government sources confirmed to News18.com on the condition of anonymity. Those who were tested due to SARI hospitalisations are largely without any foreign travel history. The age and geographic profile of the 12 positive cases could not be ascertained.

The Indian government, however, said these cases of people who were without travel history or did not come into contact with an infected patient were too “sporadic” to conclude there was an onset of community transmission.

On Saturday, during the daily government briefing on Covid-19, Indian Council of Medical Research (ICMR) scientist Dr.Raman R Gangakhedkar had admitted that there were sporadic cases where SARI patients had tested positive.

“We have begun testing SARI patients recently. There are some sporadic instances, where people are not giving history of exposure. But, these numbers are not significant enough to conclude that it is widespread,” Dr.Gangakhedkar had said in the press briefing when he was asked about how many such cases tested positive.

The scientist though added, “People will disclose based on their memory or whether they want to share proactively or want to hide. You must have seen in media reports that in some cases people have not even revealed they tested positive and some did not disclose they had an international travel history. So, till the time it is not seen significantly, we should not over interpret it.”

Dr. T Jacob John, former head of ICMR’s Centre for Advanced Research in Virology, said that positive cases among SARI patients was not good news. “The infection has slipped out of public health control measures. So far we were trying to stop the transmission line, interrupt it. That was the extent so far. We were doing it through public health testing by trying to find out who is bringing in the infection to protect those who were not infected in the community. But testing SARI patients is testing for healthcare, for the benefit of those who are infected, for their treatment.”

He added that based on the early findings of SARI patients, the government can extrapolate to predict the situation in other places where such infections have not been found.

Earlier this month, the Indian Council of Medical Research (ICMR) had said that it was testing random samples of influenza-like illnesses and pneumonia-like illnesses of those without travel history to check if community transmission of coronavirus has occurred. It had tested 826 samples picked from their network of viral research and diagnostic laboratories (VRDLs) and all had tested negative.

Then, on March 20, ICMR revised its testing strategy and asked hospitals to test all those hospitalised with SARI (fever and cough and/or shortness of breath). It also asked to test asymptomatic direct and high-risk contacts that have come in touch with a confirmed case along with all symptomatic health workers.

Dr. Gangakhedkar also revealed during the briefing that random sampling was not being done now since hospitalized SARI patients were included in the testing strategy. “Right now, there is no need for surveillance…random sampling is not needed now because all SARI cases who are hospitalized, we have asked to test them so there is no need to test them separately,” he said during the briefing.

Press Release - Sexual harassment at workplace of Police Sub Inspector by DIG #Vaw #WTFnews
Who ordered Vimeo to be blocked? Not DoT, says RTI reply #censorship
The Life of Soni Sori: Fierce Human Rights Defender and an Enemy of the Indian State
#Mumbai- Shot in the arm for autistic pupils #goodnews #disability