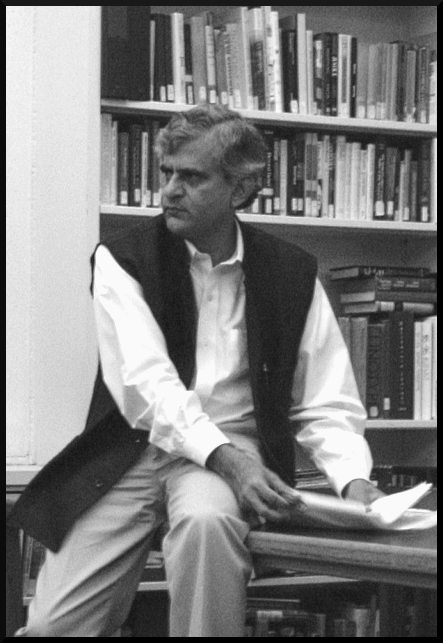 P Sainath‘s remarks at the public meeting organised in 2012  by the Institute of Defence Studies and Analysis:

(He says, at the end of 45 minutes, that he hasn’t yet touched upon a whole bunch of security issues, naming some of the more well-known civil/violent agitations, and then goes on)

Oh yeah, I think that we are also involved in a number of other active processes that undermine [your] our insecurity, including the UID. OK. By the way, that outsourced biometric work. You can buy that data on the streets of Mumbai. It’s already made its way there. What sort of national security will you have when your biometric data is up for grabs all around the planet? You outsourced it to subcontractors who have subcontracted it to further people. It’s now available on the streets of Mumbai, biometric data.
Another thing let me tell you about this stupid, stupid idea. Anywhere in the world, anywhere in the world, there is no-one who has made a success of the UID type of system. The UK started this kind of national ID system, abandoned it in four months. Australia, it collapsed at the discussion stage.

No other country has made a success of it, one, and no-one claims that it is is technologically infallible, and three, very importantly, in any society, there is 5 % to 7 % of the population that does not have any fingerprints. In India, that is 15% +, because of agricultural labour: they do not have fingerprints. OK?

The washerwomen, they do not have fingerprints. A lot of professions in India: and those are the very people who will get de-accessed from your public distribution system, using the UID.

Bajrang Dal - You can attack us but our works will live on: Prof KS Bhagwan
One part man: How ‘Sweety’ became ‘Krishna Sen’- 5 #Aadhaar cards and four voter identity cards #WT...
Punjab - 18 lose vision after botched surgeries at Batala eye camp #WTFnews
Modi is what he is, and he's wearing it on his sleeve