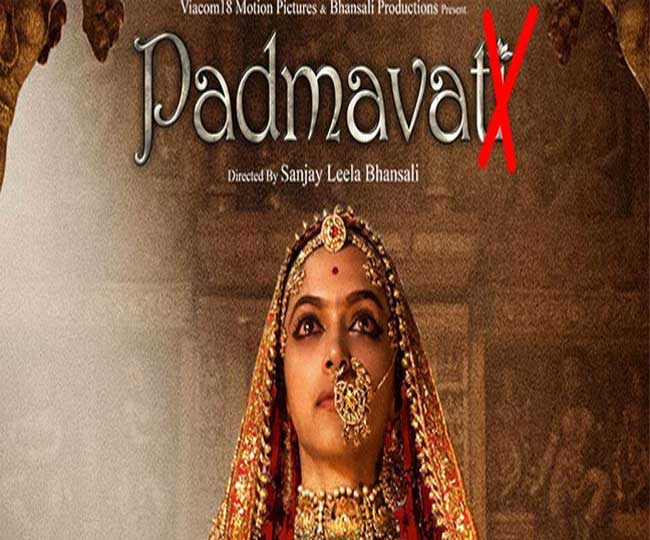 Padmaavat Protests: Despite the court ruling, protesters have not backed down.The Karni Sena has vowed to burn theatres that screen Padmaavat. The protesters believe that the film distorts history and shows Rani Padmini, a legendary Rajput Queen renowned for her beauty, in poor light. 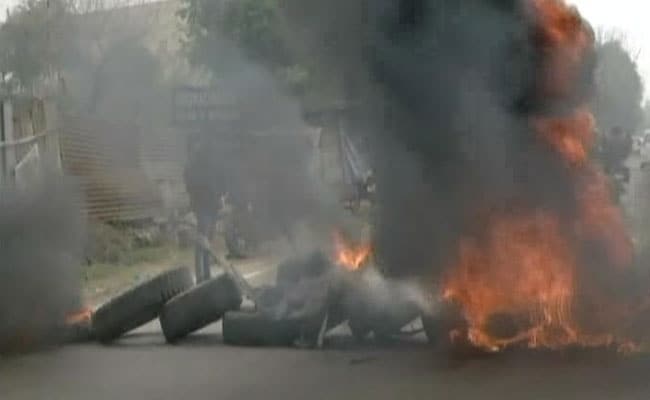 A day before Padmaavat’s release, security has been increased outside theatres in Gujarat and Rajasthan

NEW DELHI:  After the top court’s unequivocal order yesterday rejecting the final attempts by Rajasthan and Madhya Pradesh to ban the film ‘Padmaavat”, protests against the release of the movie turned violent. Chief Justice of India Dipak Misra stressed “People can’t come and say law and order problems, ban the movie. Let us not come to a state where the exhibition of a movie, despite certified by the censor board, is crippled.” Groups of people vandalised shops at a mall and a cinema hall in Ahmedabad and targeted vehicles parked. Nearly a dozen two-wheelers, many of them belonging to a fast-food chain, were gutted. Section 144 has also been imposed in Gurgaon till Sunday to maintain law and order. Police also had to fire two shots in the air to disperse the mob. The Karni Sena, which has been spearheading the protests against the film, responded to a letter by Sanjay Leela Bhansali productions and disclosed that a six member panel would watch the film before its release as proposed by the filmmakers. Police presence has been beefed up a day ahead of the film’s release.

The period drama stars Deepika Padukone as Queen Padmini, Shahid Kapoor as king Ratan Singh and Ranveer Singh as Sultan Alauddin Khilji, who leads an invasion to try to capture the queen. A year ago, members of the Karni Sena attacked the film’s director Sanjay Leela Bhansali and vandalised the set during filming in Rajasthan. They alleged that the film showed a romance between Queen Padmini and Khilji, which the makers have emphatically denied.

Here are the LIVE updates of the controversy surrounding ‘Padmaavat’:

Horror On A School Bus In Gurgaon, Attacked By Mob Protesting Padmaavat

Little children crouched on the floor, some with their hands clamped on their mouth in fear, as a mob protesting against the film Padmaavat threw rocks at their school bus in Gurgaon near Delhi.

Bars, pubs will not be shut, say police officials

Bars and pubs will not be shut in wake of protests ahead of the release of Sanjay Leela Bhansali’s controversial film ‘Padmaavat’ tomorrow, Gurgaon Deputy Commissioner Vinay Pratap Singh has confirmed. He made the statement while denying reports that the bars and pubs have been ordered shut, reported news agency PTI.

Rajasthan witnessed a spate of protests with protesters from fringe outfits taking out rallies, blocking roads and damaging vehicles in different parts of the state, a day before the release of Padmaavat. Members of the Karni Sena damaged windows of two state roadways buses and blocked a road in Kalwar area in state capital Jaipur.

A school bus was attacked, a state roadways bus was burnt and roads were blocked as protesters took to the streets, demanding that the movie not be screened.

Rajasthan witnessed a spate of protests with protesters from fringe outfits taking out rallies, blocking roads and damaging vehicles in different parts of the state, a day before the release of Padmaavat. Members of the Karni Sena damaged windows of two state roadways buses and blocked a road in Kalwar area in state capital Jaipur.

Clubs and bars in Gurugram have been ordered to remain closed from 7 pm on 24th January till further order in the light of protests against the release of the film Padmavaat, reported news agency ANI. Orders have also been issued for action against defaulters.

Will not screen ‘Padmaavat’, say theatre owners in Gujarat

Theatre owners in Gujarat today said ‘Padmaavat’ will not be screened in any of the multiplexes or single screens in the state till the row over the film is resolved, even as police arrested 50 people in connection with the violence outside malls last night, news agency PTI reported. The Gujarat Multiplex Owners Association said the decision has been taken for the safety of customers as well as to save their property.

A day before the release of “Padmaavat”, groups like Karni Sena, which have vowed to block the film in defiance of Supreme Court orders, intensified their protests that started last evening. Violence and protests were reported from parts of Haryana, Gujarat, Rajasthan and Uttar Pradesh — the states that had initially banned the movie. In Etawah, Uttar Pradesh, police lathicharged protesters who damaged vehicles and forced shops to shut down. Several vehicle owners were injured. The Delhi-Jaipur highway was blocked by protesters. The Karni Sena has asked social organisations across the country to ensure that the movie can’t be screened.

A bus was torched in Haryana’s Sohna road today in protest against the release of Padmaavat. Protestors also pelted stones while agitating against the Sanjay Leela Bhansali film which is to release tomorrow.

Police have detained around 50 supporters of Karni Sena in Mumbai for protesting against the film ‘Padmaavat’ according to PTI reports.

Karni Sena also threatens CBFC chief Prasoon Joshi to not come to Rajasthan. A warning has been issued to him that, ” We will do to him what we did to Sanjay Leela Bhansali.” As the film will release tomorrow it’ll also mark the beginning of Jaipur Literature Festival, which will be attended by Prasoon Joshi.

Rajput Karni Sena chief Lokendra Singh Kalvi also says,” cinema hall owners in Rajasthan are double minded. We will not allow the screening of the film in Rajasthan. I maybe be arrested anytime soon. I prayed at the Gandhi Samadhi for the strength to fight Padmaavat.”

Rajput Karni Sena chief Lokendra Singh Kalvi addressing the press conference says, “We are adamant on our stand that this film Padmavaat should be banned and there should be a self imposed curfew by people.”

Protests intensify against the screening of Padmaavat across states. Protesters stop train at Bhuteshwar in Mathura.

In Rajasthan’s Sikar a bus has been stoned in the protests. Tyres have been burnt in the Ajmer-Jaipur highway.

Over 35 supporters of Karni Sena, protesting against ‘Padmaavat’ detained in Mumbai according to PTI reports.

Protesters block Gurgaon’s Wazirpur-Patudi road agitating against the release of Sanjay Leela Bhansali’s Padmaavat tomorrow. Section 144 had also been imposed in Gurgaon till Sunday to maintain law and order.

Police have arrested the Chittorgarh unit chief Govind Singh Khangarot, after he declared that over 1,900 women of the community are “ready” to commit “jauhar” or mass immolation as part of protests over the release of Sanjay Leela Bhansali’s “Padmaavat”.

Security has been beefed up outside multiplexes in the city after incidents of violence have been reported in several other areas.

Heavy police patrolling due to threats of radical groups like the Jauhar Shatrani Manch who had threatened to ‘sacrifice’ themselves today.

Chittor Fort has been closed today for the second time in the history of the UNESCO world heritage site. The fort was sealed last night as Karni Sena tried to enter inside.

Supreme Court refuses to give an urgent hearing to a plea filed by lawyer, Manohar Lal Sharma, seeking deletion of certain scenes from film Padmaavat. The court will hear the matter on Monday, according to ANI reports.

Ahmedabad police commissioner A.K. Singh said, “Incidents took place at three to four locations simultaneously. Police have managed to stop protesters from entering multiplexes and malls.48 people were picked up last night from various locations under act of rioting. Key conspirators identified after interrogation and 4 FIRs have been registered.”

Visuals from Himalaya Mall in Ahmedabad where groups vandalised shops at the mall and burnt vehicles last night.

In most cities of Rajasthan where the protests against the 190-crore movie had originated, Karni Sena said they were reaching out to cinema hall owners to give the movie a pass.