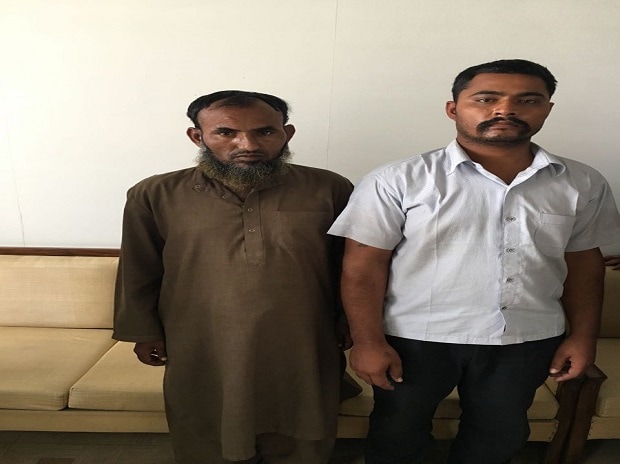 The two Indians, identified as Maulana Ramzan and Subhash Jangir, both residents of Rajasthan, were still being questioned for working with the Inter-Services Intelligence (ISI).
India on Thursday declared a Pakistan High Commission staffer as persona non-grata forespionage activities after he was caught red handed by Delhi Police with documents relating to defencedeployment.This was conveyed by Foreign Secretary S Jaishankar who summoned Pakistan envoy Abdul Basit to his office following brief detention of the staffer who was later released.

Here are the latest developments:

1. Delhi Police crime branch took the Pak High Commission staffer identified as Mehmood Akhtar in custody after he was found in possession of certaindefence documents. Akhtar was released after questioning as he enjoys diplomatic immunity.

4.The arrests were made late Wednesday night by the interstate cell Crime Branch of Delhi Police following a tip from the Intelligence Bureau.

5.The Pakistani staffer had documents relating to deployment of BSF and defencedeployment maps. He had also forged an Aadhaar card, according to the police.

6. Another Jodhpur-based person identified as Shoaib will be arrested soon for his involvement in espionage ring

7. All 3 were involved in espionage for over one-and-half years and shared information with Pak intelligence agencies
This is not the first time that employees of the Pakistan High Commission have come under the radar over alleged espionage in India.Last year, police claimed to have busted an ISI spy ring in the high commission and five persons were arrested.http://www.business-standard.com/article/current-affairs/pak-mission-staffer-forged-aadhaar-card-highlights-of-espionage-case-116102700383_1.html