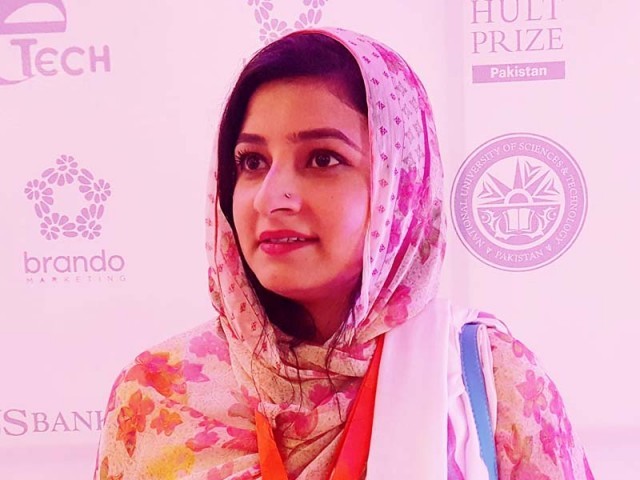 PESHAWAR: As if being a member of a very small minority not renowned for higher studies was not daunting enough, one young Sikh woman has braved hostility from her own community to fulfil her dream of becoming a journalist.

“It was difficult to study further, and that too journalism, where you have to be in constant contact, mostly with men,” says 24-year-old Manmeet Kaur.

Not only did Kaur had to break with tradition around higher education amongst her community, with Sikhs presenting a dismal two per cent ratio for education, she had to face a host of other hurdles as well.

Having graduated from the Jinnah College for Women in the provincial capital, Kaur knew she wanted to break trail and pursue a career in journalism rather than waste herself by staying home. Hence, she joined the University of Peshawar’s journalism programme to complete her master’s degree.

Kaur said that when she informed her family about her plans to pursue higher education, they were not happy with her choice given that it sought to push the envelope of societal restrictions and the overall culture.

“It was really difficult for me to continue,” she said.

But just when she thought that an impasse had been reached with her family, she found a pillar of support from an unlikely source — her uncle.

Kaur said that her uncle not only stood up for her, he stood by her and extended to her all the support she needed to continue her studies and become arguably the first Sikh reporter in the region if not the country.

“I was consistently told by my close relatives that I was going down the wrong path. But now, even my strongest critics are proud of me,” Kaur smiles, adding, “No talented woman can be stopped from forging ahead and achieving her goals if she wants to.”

A desire to tell stories

Explaining her motivation for getting into journalism, Kaur said that she wished to highlight societal issues including those being faced by the minority communities, specifically by young and educated female members of the society.

Moreover, she says that she accepted it [becoming a journalist] as a challenge and a mission.

“Yes there are threats to minorities, while journalists have their own problems since they are being targeted but I adopted this profession as a mission and I have accepted it as a challenge,” Kaur told The Express Tribune.

Despite the hard road to arrive at this position, she says she never expected so much appreciation and from her community who were happy at having a minority female journalist amongst them.

“I got special treatment, special importance and immense respect, I cannot explain it,” Kaur gushed, having recently joined a new television news channel in the provincial capital.

Kaur, though, is by no means the first member of her community to attain stardom on television. Nearly a decade ago, a dreamer like her, Taranjeet Singh broke on to local television.

Hailing from Lahore, Singh gained prominence for his shows on the state-run broadcast, the Pakistan Television (PTV).