#Pakistan-To Fight India, We Fought Ourselves 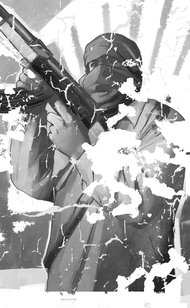 ON Monday, my mother’s and sister’s eye doctor was assassinated. He was a Shiite. He was shot six times while driving to drop his son off at school. His son, age 12, was executed with a single shot to the head.

Tuesday, I attended a protest in front of the Governor’s House in Lahore demanding that more be done to protect Pakistan’s Shiites from sectarian extremists. These extremists are responsible for increasingly frequent attacks, including bombings this year that killed more than 200 people, most of them Hazara Shiites, in the city of Quetta.

As I stood in the anguished crowd in Lahore, similar protests were being held throughout Pakistan. Roads were shut. Demonstrators blocked access to airports. My father was trapped in one for the evening, yet he said most of his fellow travelers bore the delay without anger. They sympathized with the protesters’ objectives.

Minority persecution is a common notion around the world, bringing to mind the treatment of African-Americans in the United States, for example, or Arab immigrants in Europe. In Pakistan, though, the situation is more unusual: those persecuted as minorities collectively constitute a vast majority.

A filmmaker I know who has relatives in the Ahmadi sect told me that her family’s graves in Lahore had been defaced, because Ahmadis are regarded as apostates. A Baluch friend said it was difficult to take Punjabi visitors with him to Baluchistan, because there is so much local anger there at violence toward the Baluch. An acquaintance of mine, a Pakistani Hindu, once got angry when I answered the question “how are things?” with the word “fine” — because things so obviously aren’t. And Pakistani Christians have borne the brunt of arrests under the country’s blasphemy law; a governor of my province was assassinated for trying to repeal it.

What then is the status of the country’s majority? In Pakistan, there is no such thing. Punjab is the most populous province, but its roughly 100 million people are divided by language, religious sect, outlook and gender. Sunni Muslims represent Pakistan’s most populous faith, but it’s dangerous to be the wrong kind of Sunni. Sunnis are regularly killed for being open to the new ways of the West, or for adhering to the old traditions of the Indian subcontinent, for being liberal, for being mystical, for being in politics, the army or the police, or for simply being in the wrong place at the wrong time.

At the heart of Pakistan’s troubles is the celebration of the militant. Whether fighting in Afghanistan, or Kashmir, or at home, this deadly figure has been elevated to heroic status: willing to make the ultimate sacrifice, able to win the ultimate victory, selfless, noble. Yet as tens of thousands of Pakistanis die at the hands of such heroes, as tens of millions of Pakistanis go about their lives in daily fear of them, a recalibration is being demanded. The need of the hour, of the year, of the generation, is peace.

Pakistan is in the grips of militancy because of its fraught relationship with India, with which it has fought three wars and innumerable skirmishes since the countries separated in 1947. Militants were cultivated as an equalizer, to make Pakistan safer against a much larger foe. But they have done the opposite, killing Pakistanis at home and increasing the likelihood of catastrophic conflicts abroad.

Normalizing relations with India could help starve Pakistani militancy of oxygen. So it is significant that the prospects for peace between the two nuclear-armed countries look better than they have in some time.

India and Pakistan share a lengthy land border, but they might as well be on separate continents, so limited is their trade with each other and the commingling of their people. Visas, traditionally hard to get, restricted to specific cities and burdened with onerous requirements to report to the local police, are becoming more flexible for business travelers and older citizens. Trade is also picking up. A pulp manufacturer in Pakistani Punjab, for example, told me he had identified a paper mill in Indian Punjab that could purchase his factory’s entire output.

These openings could be the first cracks in a dam that holds back a flood of interaction. Whenever I go to New Delhi, many I meet are eager to visit Lahore. Home to roughly a combined 25 million people, the cities are not much more than half an hour apart by plane, and yet they are linked by only two flights a week.