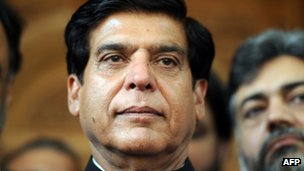 Pakistan‘s PM has hailed as “a victory” for democracy the completion of a full term by an elected government for the first time in the country’s history.

“No-one will be able to harm democracy in future,” Raja Pervez Ashraf said.

An interim government will now be installed until the next election, which is expected to be held in May.

Since Pakistan was founded in 1947, government were often overthrown in coups, toppled by political infighting or end in assassinations or murders.

But overhanging the democratic transition is the continuing militancy and growing sectarian unrest, the BBC’s Mike Wooldridge in Islamabad says.

He added that Pakistan had finally managed to strengthen “the foundations of democracy”.

And admitting that his governing Pakistan People’s Party (PPP) may not have been “able to provide rivers of milk and honey”, the prime minister said it had tried its best to alleviate the country’s problems. 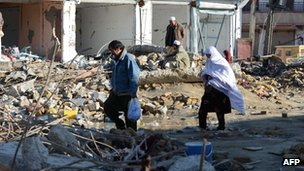 Pakistan continues to be racked by sectarian violence and Taliban insurgency

Mr Ashraf also promised that the forthcoming elections would be free and fair, and said he hoped the parties would reach consensus “amicably” on which of the rival candidates should head the caretaker cabinet.

Pakistan’s parliament was dissolved at midnight local time (19:00) GMT, and the interim administration is expected to be installed in the next few days.

Two opposition parties – led by ex-Prime Minister Nawaz Sharif and former cricket star Imran Khan – are expected to present the greatest challenge to the PPP in the elections.

At the same time, Mr Ashraf is facing a corruption investigation over allegations that he took bribes while he was a minister.

Mr Ashraf, who became prime minister after his predecessor was forced out amid a dispute with the judiciary, has been in the job for less than a year.