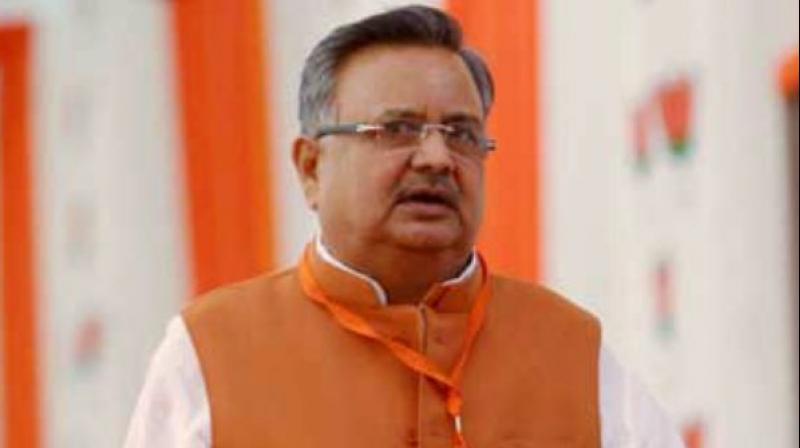 Quoting Panama Papers leak, Mr Ramesh at news conference at New Delhi on Thursday alleged that “Abhishek Singh aka Abhishak Singh, son of Dr Raman Singh”, of Kawardha in Chhattisgarh was a shareholder of Quest Heights Limited, as exposed by the International Consortium of Investigative Journalists (ICIJ), and demanded a judicial probe into it.

Interestingly, both the CM and his son had already dismissed the allegation also made earlier by anti-graft crusader and expelled AAP leader Prashant Bhusan, saying that the junior Mr Singh has no illegal foreign accounts.

Earlier issuing a statement, the first time MP had said a special investigation team (SIT) was already probing the issue of black money and undisclosed offshore accounts of Indians on the direction of the Supreme Court.

Describing the charges as “baseless and unfounded”, Chhattisgarh home minister Ramsevak Paikre said a conspiracy has been hatched by Congress to defame the CM and his son.

State BJP spokesman Sri Chandan Sundrani said the allegation was made six months ago. But, no evidence to establish the charges has so far been produced by the Opposition parties.

“Had there been evidence to establish the charges, Opposition parties would not have kept mum all this period”, he said, and added “A high level probe will unravel the truth”. A spokesman of Chhattisgarh Pradesh Congress Committee (CPCC) however said a judicial probe into the matter can alone unearth the truth.http://www.deccanchronicle.com/nation/current-affairs/080416/panama-papers-chattisgarh-cm-raman-singh-s-son-in-panama-list.html

Right to sexual and reproductive health indivisible from other human rights - UN experts
Students are being treated as customers: JNUSU president Aishe Ghosh on fee-hike protests
Kashmir - The Price Of Lessons Unlearnt
India’s Stand on #DeathPenalty and #Torture is a Self-goal in Fighting Terror