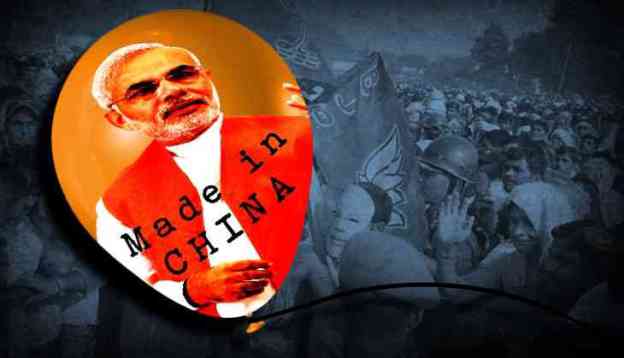 The Modi government has released less than half of the budgeted allocation for health insurance of poor families in fiscal 2017-18.

The Modi government has released less than half of the budgeted allocation for health insurance of poor families in fiscal 2017-18, even as it promised to step up coverage with the proposed launch of what is called the world’s largest government healthcare programme.

The revenue allocation of Rs 975 crore for the Rashtriya Swasthya Bima Yojana (RSBY) was reduced to Rs 565 crore and, as the year progressed, the actual release was just Rs 450 crore — less than half of the budget estimate, according to a parliamentary panel’s report.

“Funds as central share of premium under RSBY of approximately Rs 450 crore were only released for such states that submitted their proposal during the year 2017-18,” said the Parliamentary Standing Committee on Health and Family Welfare in its report.

As for the reason for reducing the budgeted allocation, the panel quoted the Department of Health and Family Welfare, saying: “This ministry had moved a proposal for another scheme with enhanced cover of Rs 1 lakh per family.

“However, this proposal is still pending with the cabinet. Therefore, such states that were waiting for the new scheme to be launched did not submit any proposal and meanwhile stopped implementation of RSBY.”

Even the amount of Rs 25 crore allocated for capital purposes in 2017-18 for setting up office premises for the proposed scheme with enhanced cover of Rs 1 lakh remained unutilised during the period as the cabinet approval for the scheme remained pending. The money was surrendered.

The RSBY provided a limited coverage of only Rs 30,000 and there was a proposal to increase it to Rs 1 lakh. While the government had difficulties in implementing the healthcare scheme, it announced the launch a bigger healthcare programme in its Union Budget for 2018-19 last month.

The proposed National Health Protection Scheme (NHPS), which would subsume RSBY, would cover 10 crore poor and vulnerable families, and the coverage is further enhanced to Rs 5 lakh per family per year.

However, the Parliamentary Standing Committee has warned of possible failures.

The committee reported that the enrolment in RSBY was quite low. “Only 57 per cent of eligible are enrolled and less than 12 per cent of the eligible persons got their hospitalisation covered through RSBY.”

Citing a comprehensive review of various studies on RSBY, the panel said that in a majority of states (eight out of 14) there was an increase in out-of-pocket expenditure related to RSBY, while only two of 14 studies showed reduction in expenditure.

It further noted that many states have opted out of RSBY in favour of state-run schemes. “The government should form a committee to analyse the failures of RSBY and ensure that inadequacies plaguing the operation and implementation of RSBY are not repeated.”

The panel observed that the new scheme is just a modification of the earlier one as more than half of the target beneficiaries proposed to be covered under the NHPS were already covered under existing government supported schemes.

“What would indeed have been a step forward is if it covered out-patient treatment as well, but that is lacking,” said the Parliamentary panel.

For Women Safai Karamcharis, 'Liberation' is Manual Scavenging with a Makeover
Why French newspaper refused to run PM Modi’s interview
Vedanta - Mount Lyell mine closure- hides profits in Zambia by transfer mispricing
10 years of MGNREGA: How an idea became a necessity and now the nation’s pride