Patna: At Least 32 Feared Dead in a Stampede at Gandhi Maidan 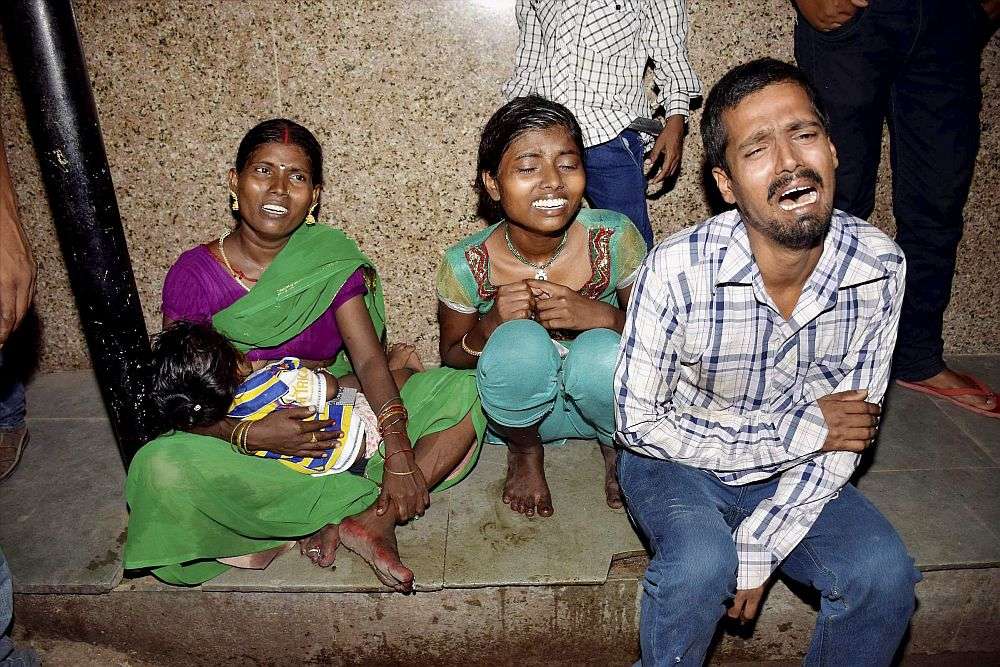 PTI PHOTO
Patna: At Least 32 Feared Dead in a Stampede at Gandhi Maidan

The tragedy occurred when people were returning after watching the “Ravan Vadh” ceremony at the Bihar capital’s main Dussehra event at Gandhi Maidan where a huge crowd had gathered to witness the event, police said.

Officials said the dead were mainly women and children.

Bihar Chief Minister Jitan Ram Manji was present at the Gandhi Maidan where people watched an arrow setting the 60 feet tall effigy of Ravan into flames.

Prime Minister Narendra Modi spoke to the Bihar Chief Minister to enquire about the stampede. He sanctioned Rs 2 lakh each for the next of those killed.

“Amongst the dead, there were 5-6 children and around 20 women,” according to Patna District Magistrate Manish Kumar Verma.

Verma said around 15 people were injured and were being treated at a local hospital.

The incident happened at the Exhibition Road area near Gandhi Maidan in the heart of the city, as some people in the crowd started jostling with each other to move forward, eyewitnesses said.

The police have blocked the entry of people to the stretch now.

Some eyewitnesses said that panic broke out following rumours that a live electric wire had fallen to the ground.

Slippers, shoes and footwear were seen strewn on a 500 metre stretch as people tried to flee from the scene.

“There was so much rush towards the exit gate that several women and children were run over in the frenzy,” Verma said.

Emerging story. Watch this space for updates as more details come in