Patriarchal politics lives on in 2014 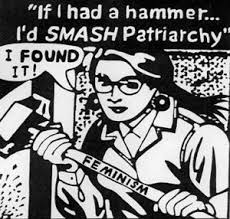 The election campaigns of mainstream and alternative political parties in the general election, in Mumbai and rest of the country, have shown us the mirror: politics continues to remain a deeply classist and patriarchal field; the ideal candidate would have to be a wealthy, caste-conscious, male.

As it turned out, three of the four serious women candidates in Mumbai – Priya Dutt, Poonam Mahajan and Meera Sanyal – were wealthy and belonged to the right caste-class combination. The one who did not, Medha Patkar, soldiered on the strength of her internationally recognised record of socio-political work, but she  was the exception. Patkar spoke of issues through a gender lens in her punishing campaign, Sanyal addressed the issue now and then, but others avoided it altogether. This, in a city that was horrified at the daylight gang-rapes barely six months back.

In Maharashtra, once the comment writer’s favourite “progressive state”, the mainstream political parties gave only 4% to 15% of their tickets to women candidates. Almost all these women had a clear political lineage. In fact, the proportion of total women candidates for the state’s 48 seats declined from nearly 10% in 2009 to about 7.9% in 2014.

In Mumbai and rest of Maharashtra, the political rhetoric was markedly different from the discussions of the last 15 months following the Delhi gang-rape and then the Shakti Mills gang-rape. When campaign plans were being drawn up, there was talk about gender justice. It included a wide basket of issues, from safety of women in public places and imposed dress codes to educational opportunities and political influence. Women’s empowerment, the buzz-phrase for most of 2013, seemed to have become a part of the political agenda and election rhetoric.

As the campaign winds down – and turns more shrill, sexist and abusive than any other in recent history – the noise is centred around the old campaign faithfuls: secularism, caste and economic development.  Women’s empowerment or gender justice as an electoral theme has long been left behind.

Instead, we have heard offensive lines from so-called national leaders, self-proclaimed religious leaders and assorted others. Remember Mulayam Singh Yadav, Samajwadi Party chief, who sought to justify rape with the sickening homily “boys will be boys”. Or Baba Ramdev, whose idea of political campaigning was to mock Congress vice-president Rahul Gandhi for “a honeymoon and picnic in Dalit’s houses”.

Gender-insensitive and offensive comments during election campaigns should be treated on par with hate speech and offenders booked. This election has given the Election Commission many good reasons to make gender-offensive comments punishable under the model code of conduct, but that’s another battle to fight.

Of the three key campaigners, the Congress vice-president Rahul Gandhi paid lip service to the issue through his campaign after making a gesture of soliciting ideas on the subject from well-known women’s rights activists to be included in the party manifesto. The BJP’s prime ministerial candidate, the man who boasted of his “56-inch chest” in a typical macho projection, has not even bothered to talk seriously about gender justice. The Aam Aadmi Party’s view on the subject was best delineated by its poster-boy Somnath Bharti’s shenanigans during the party’s 49-day government in Delhi, never mind the progressive and radical philosophy of some of its leaders.

One way, perhaps the one definite way, to change the political agenda, discourse and representation to more correctly and cohesively address gender justice is to have more women in the electoral field. This election, then, is an argument for why we need 33% reservation of seats in the Parliament.

Election Commission data shows that fewer and fewer women, as a percentage of those who contest, have been winning Lok Sabha seats. Political parties look for the “winnability” of a potential candidate. What’s unsaid is that this factor is low for women candidates. It’s bound to be, for the rules of the game continue to favour male contestants.

Studies have shown that the more gender-unequal a state, fewer women contest and even fewer win a major election. This has a poignant significance in 2014 when women voters across the country form nearly 49% of the total electorate.

In Maharashtra, 47.2% of the 8.06 crore electorate are women. The EC data on voter turnout shows that, in 16 constituencies, more than 60% of women voters turned up to cast their franchise. In some tribal constituencies like Gadchiroli, more than 70% of the women electorate voted. It means women come out to vote irrespective of whether their issues are represented and articulated in political manifestos. It means women voters are worthy enough to be wooed but are not good enough to represent. The higher the number of women in the electoral field, there’s the chance that gender justice issues will find their way into political agendas and discourse.

There were many sceptics who asked, through the campaign, if the 33% reservation in Parliament was really required and women’s empowerment, or gender justice, wasn’t simply a media-generated issue. The general election has shown why this affirmative action is needed even in circa 2014, more than a year after it became a drawing room conversation subject. It’s really simple: until there are more women in the field, the discourse and agenda is unlikely to change. And, given the unwillingness of parties to put up deserving women candidates without affiliation to powerful political families, the 33% reservation may be the way to go ahead.

Genocide we have collectively allowed, in the name of a #SwachhBharat
#Goodnews - Release of 18 women illegally arrested who were fighting for the land rights, Sonbhadr...
Attack on #FOE, To publish in Mumbai, get police certificate, specify political past #WTFnews
Maharashtra Dalit youth was hacked into 40 piece #WTFnews