“Peace” without Justice: A Race for Hindu Rashtra 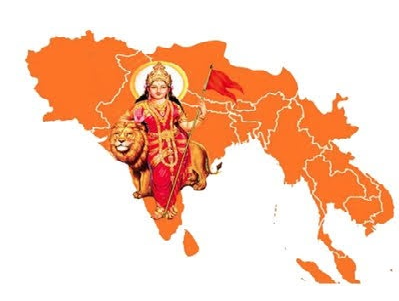 On 9 November, India’s highest court delivered the much-awaited judgement in the Babri Masjid-Ram Janmabhoomi case. A bench of five judges unanimously decided to hand over the land—where the Babri Masjid once stood—to a Trust to be constituted by the BJP government in three months. The Sunni Central Wakf Board, the custodian of Babri Masjid, is to be provided 5-acre land elsewhere as compensation. The Nirmohi Akhara is entitled to representation in the Trust for managing the temple. It may be recalled that the Allahabad High Court in 2010 recognised both Hindus and Muslims as “joint holders” of the disputed premises and allotted one-third share each to the above litigants.

This concluding final relief given seems to be in complete contradiction with what it is stated in the judgement. One wonders whether Supreme Court has bartered “peace” with justice. But what we see today in the streets of India is not “peace” but silence. This fearful silence should not be misconstrued as peace.

Never in the history of Supreme Court authors of a Judgement or addendum have been kept hidden from public knowledge. We are left guessing what could have prompted this unprecedented act.

Supreme Court recognizes that there were at least three distinct illegal acts of desecration and final demolishment perpetrated against the Mosque, when it states :” The damage to the mosque in 1934, its desecration in 1949 leading to the ouster of the Muslims and the eventual destruction on 6 December 1992 constituted a serious violation of the rule of law”

Further it concurs that “The evidence indicates that there was no abandonment of the mosque by Muslims. Namaz was observed on Fridays towards December 1949, the last namaz being on 16 December 1949”

It also states that there is no evidence to show that the mosque was built by demolishing any temple.

Handing over the entire Mosque area to Hindu community is solely based on lack of evidence of non-exclusionary use of inner courtyard by Muslims and open, exclusive and unimpeded possession of the outer courtyard by Hindus, while admitting fully well that this exclusive unimpeded possession was obtained through illegal, violent means.This prompts a question that if the Mosque was still standing would Supreme Court have ordered it to demolish, so Hindus could continue their “exclusive, long, continued and unimpeded worship”?

Where is justice, when the illegal demolition and occupation is in fact awarded full legal ownership of the disputed land? Will justice be done by allocating some other piece of land in lieu of the illegal, violent, political act of demolition and possession of the mosque?

This judgment has further profound implications for the secular character of the Indian State. By entrusting the central government with the task of building the Ram temple, the judgement sets a dangerous precedent. Even more so, as the same does not apply for the Mosque to be built.

At the same time the judgement stresses secular credentials over question of faith by stating “The adjudication of civil claims over private property must remain within the domain of the secular if the commitment to constitutional values is to be upheld. The court cannot adopt a position that accords primacy to the faith and belief of a single religion as the basis to confer both judicial insulation as well as primacy over the legal system as a whole. From Shahid Gunj to Ayodhya, in a country like ours where contesting claims over property by religious communities are inevitable, our courts cannot reduce questions of title, which fall firmly within the secular domain and outside the rubric of religion, to a question of which community‘s faith is stronger.”This is not the first time that Indian Courts, including Supreme Court has failed to protect constitutional rights of marginalized communities, In Hadiya’s case where an adult woman whose “custody” was handed over to her father by Kerala High Court,  had to depose before Supreme Court to convince judiciary that “though she is a woman, she has right to choose her religion and decide with whom she would like to get married”.
In case of sexual harassment against CJI, where CJI himself presided over the bench to hear the complaint, the whole process finally resulted in giving clean cheat to CJI.

In September 2018 Supreme Court delivered its judgement on “Aadhar”. By this judgement biometric authentication is made as precondition to access public welfare schemes like PDS and MGNREGS, almost denying around two to five per cent of the Indian population access to these schemes, as they do not have viable biometric data. Physical or visual impairments such as corneal blindness, corneal scars, and malnourishment induced cataracts or ‘low-quality’ fingerprints from a lifetime of hard labour inhibit those from providing valid fingerprints or iris scans.

The SC’s refusal to respond to petitions against abrogation of article 370, and complete clampdown on people of Kashmir, denying them basic freedom of expression, communication and movement, livelihood, health services, education, and also no relief in habeas corpus petitions where thousands are detained and jailed by the government.  Last few years we Indian citizens have been time again let down by the judiciary.

When literary there is life and death situation faced by people of Kashmir, SC has given priority to preside over the Ayodhya dispute and heard the matter for 41 days, would shock the conscience of   the world.

Welcoming the verdict, Muslims did breathe a sigh of relief, as it limited the scope of triggering violence in the immediate run, which is significant if we remember the loss of lives in the riots. They felt that their suffering will now come to an end as the BJP and Sangh Parivar would not use this issue for their electoral gains. Is this how a contentious issue should be resolved in a democracy, especially when the judges have noted three criminal acts in this very judgment?

A day after the Supreme Court verdict was Eid-un-Milad-Nabi. Muslims in Uttar Pradesh and other parts of the country marked the festival without the usual grandeur and under severe police and paramilitary surveillance. The predominant Muslim neighbourhoods, which are already under-serviced by civic amenities and over-policed, continue to live under the threat of majoritarian attack and the fear of repressive State apparatus.

Justice remains a mirage to these marginalized sections of Indian people.We, the undersigned, express our great dissatisfaction with the Supreme Court judgment.group name of endorseBebaak Collective ( Voice of Fearless)Forum Against Oppression of WomenParwaaz Sanstha