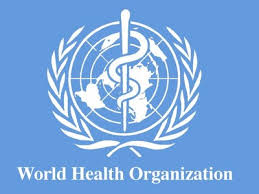 Geneva, 26 May (K M Gopakumar) – The World Health Organization’s Secretariat engages organisations linked to the pharmaceutical companies to draft guideline, which is considered as a norms and standard setting function.

This is despite the Secretariat’s declared position is that it does not involve any non-State actors in the norms and standard setting activities.

The draft Framework of Engagement with Non-State Actors (FENSA) in Paragraph 6 which sets out the principle of engagements states: “… protect WHO from any undue influence, in particular on the processes in setting and applying policies, norms and standards”. The footnote defines policies, norms and standard as including “information gathering, preparation for, elaboration of and the decision on the normative text”.

The FENSA drafting group last night reached a compromise in language which excludes financial and in-kind resources from the WHO’s normative work. However, it is not very clear is the term ‘normative work’ includes all type of norms and standard setting activities.

Third World Network (TWN) learned that the WHO’s Regulatory System Strengthening (RSS) team, which is part of the Essential Medicines and Health Products Department, has engaged organisations linked to the pharmaceutical industry to draft and consult on a guideline on Good Regulatory Practice (GRP) for national medical products regulatory authorities.

TWN also learned that one of the drafters, Mr. Michael Gropp, is former Vice President of Global Regulatory Strategy in Medtronic. According to the Stanford Byer Center for BioDesign, Stanford University, “Mr. Gropp retired from his corporate position in May 2013. He continues to chair the RAPS Global Advisory Council. In addition, he is lead RAPS faculty for the newly formed Medical Device Regulatory Affairs course at the National University of Singapore, Department of Bioengineering, and is co-editor of a RAPS book on global regulatory strategy (under development). In 2014, he was appointed to the Advisory Board of the newly formed Centre for Regulatory Excellence of the Duke University Graduate Medical School and National University of Singapore in Singapore. (http://biodesign.stanford.edu/bdn/people/michael.jsp).

Once these bodies adopt the document it is considered as a WHO Guideline. Often nobody knows about the story behind the drafting of such documents. Normally, a WHO Guideline does not adequately explain the rationale and drafting process undertaken, when it is resent to the WHO Executive Board ‘to take note of the document’.

The WHO Secretariat organised four days of stakeholder consultation on GRP on 2-5 May at the WHO Headquarters, Geneva. The Secretariat describes these consultations as a targeted consultation, to which were invited selected Member States and pharmaceutical industry associations and entities linked to the pharmaceutical industry. These included the International Federation of Pharmaceutical Manufacturing Association (IFPMA), Centre for Innovation in Regulatory Science, Regulatory Affairs Professionals Society, Organisation of Economic Cooperation and Development (OECD) and Bill and Melinda Gate Foundation (Gates Foundation).

TWN learned that there was no representation from civil society organizations and generic pharmaceutical companies especially those from the developing countries. However, regulatory authorities from developing countries such as Brazil, India, Indonesia, Saudi Arabia, Thailand, etc. attended the consultation.

IFPMA is a federation of national and regional associations of research-based biopharmaceutical companies, i.e. pharmaceutical transnational corporations (TNCs).  It also acts as the Secretariat for the International Council for Harmonisation of Technical Requirements for Pharmaceuticals for Human Use (ICH), a closed private sector-led norms and standard setting body.

Serious concerns have been expressed about the ICH standards with regard to affordable generic medicines. A WHO report on a 2001 meeting of regulatory authorities stated: “Setting such norms may have considerable repercussions on current manufacturing practices, as only pharmaceutical companies with substantial resources can achieve the necessary standards. This is a concern if the guidelines are intended for global application. Smaller pharmaceutical companies, generic companies and many larger companies responsible for essential drug production in developing countries may be effectively squeezed out of drug manufacturing if ICH guidelines start to be interpreted as the only global standard”. (The Impact of Implementation of ICH Guidelines in Non-ICH Countries – Regulatory Support Series No. 009: http://apps.who.int/medicinedocs/en/d/Jh2993e/7.2.html)

The Centre for Innovation in Regulatory Science (CIRS) is described on its website as follows: “CIRS – The Centre for Innovation in Regulatory Science – is a neutral, independent UK-based subsidiary company, forming part of the Intellectual Property and Science business of Thomson Reuters. It is governed pursuant to constitutional documents that assure it is operated for the sole support of its members’ activities. CIRS has its own dedicated management and advisory boards, and its funding is derived from membership dues, related activities and grants.”

According to its website, the Regulatory Affairs Professionals Society (RAPS)is the largest global organization of and for those involved with the regulation of healthcare and related products, including medical devices, pharmaceuticals, biologics and nutritional products. Founded in 1976, RAPS helped establish the regulatory profession and continues to actively support the professional and lead the profession as a neutral, non-lobbying non-profit organization. RAPS offers education and training, professional standards, publications, research, knowledge sharing, networking, career development opportunities and other valuable resources, including Regulatory Affairs Certification (RAC), the only post-academic professional credential to recognize regulatory excellence “

This is not the first time WHO has involved non-State actors with conflict of interest to draft policies.  A Steering Committee appointed by the Bill & Melinda Gates Foundation drafted the Global Vaccine Action Plan, which was adopted by the World Health Assembly in 2012. Interestingly there is nothing in the document that describes the involvement of the Gates Foundation in this drafting work. (http://www.gatesfoundation.org/Media-Center/Press-Releases/2010/12/Global-Health-Leaders-Launch-Decade-of-Vaccines-Collaboration).

The only reference in the document submitted to the WHA in 2012 is that “The estimated figure for future deaths averted was developed by a working group that included staff from WHO, the GAVI Alliance, the Bill & Melinda Gates Foundation and PATH. The estimate uses a mix of static and dynamic cohort models and various data sources across the 10 vaccines, including the Lives Saved Tool. Vaccine coverage projections are from the GAVI Strategic Demand Forecast 4.0 (4 October 2011) and from the GAVI Adjusted Demand Forecast.” (http://apps.who.int/gb/ebwha/pdf_files/WHA65/A65_22-en.pdf). However, the WHO publication titled Global Vaccine Action Plan 2011-2020 acknowledges the role of Gates Foundation in the framing and implementation of the plan.

Preamble-reading made must in all Maharashtra schools
# India - illegal mining: Why did the dogs not bark?
Call for a Female UN Secretary General
India - Are college interviews now a saffron litmus test?