The “condolence meeting” held in Mumbai by over 100 women from the districts in Maharashtra that are worst affected by farmer suicides put the state government on notice. These women from the Marathwada and Vidarbha regions are demanding official recognition as farmers, increase in the paltry Rs 600 monthly widow pension, and free education and health services for themselves and their children.

In 2017, the union government announced that from that year onwards, 15 October would be marked as Women Farmers’ Day. For the 100 women who held a shok sabha (condolence meeting) at Mumbai’s Azad Maidan on 21 November 2018, this announcement had obviously made no difference. The women farmers from suicide-affected agricultural households in Maharashtra’s Marathwada and Vidarbha regions entered Mumbai just a day ahead of the larger farmers’ (including tribal farmers) rally. They came together under the aegis of the Mahila Kisan Adhikaar Manch (MAKAAM). 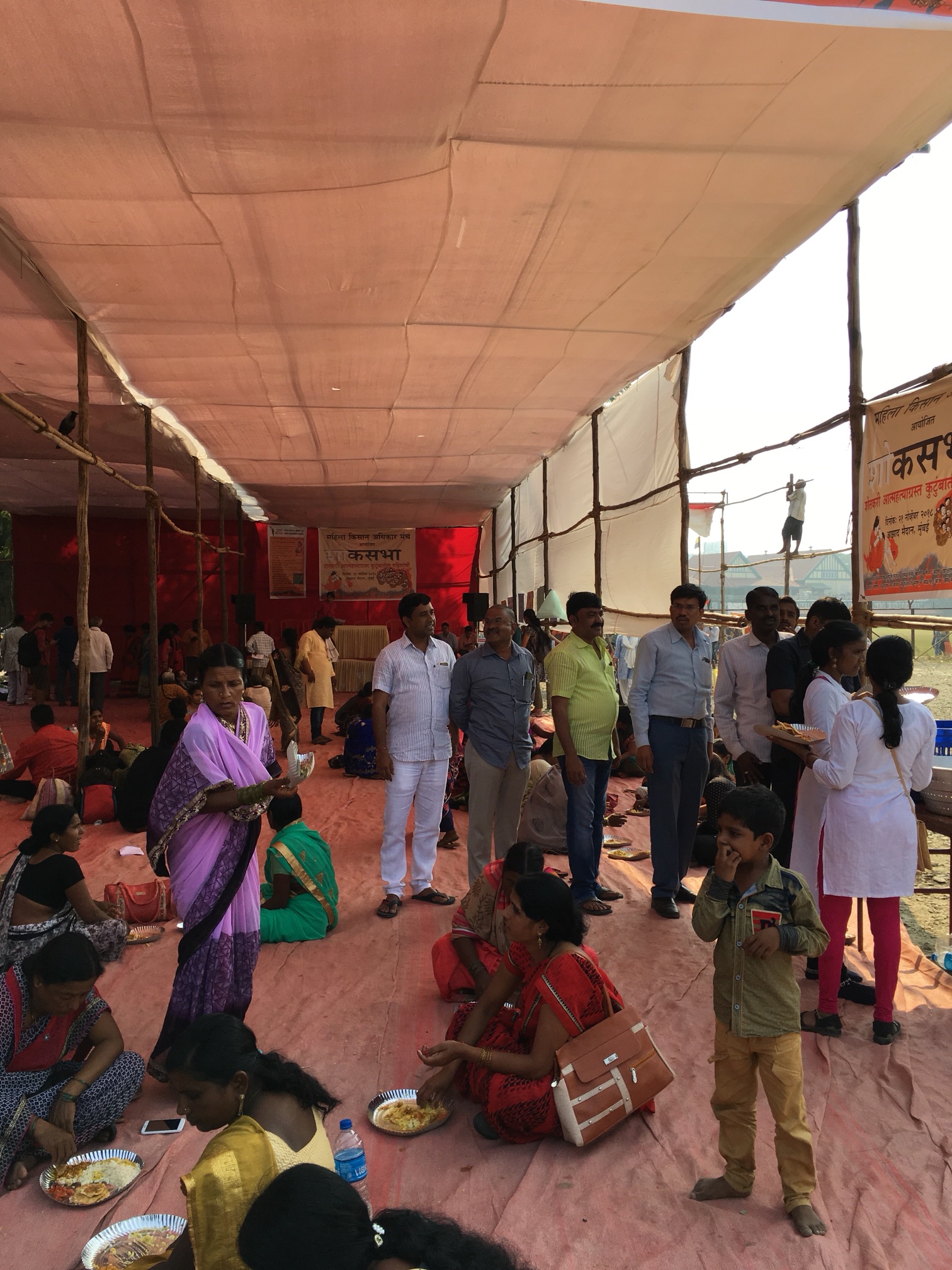 Together, these two protest actions aim to draw not only the state government’s attention, but also that of the regular Mumbaikar to the life-threatening problems affecting a large number of farmers in the state. Maharashtra is among the states with an alarmingly high number of farmer suicides, and considering this, it is distressing that these farmers have to leave their homes and march to the capital to even demand redressal.

The main demands of the women are: increase in the paltry sum of Rs 600 that they get as widow pension every month; free education and health services for their families; and recognition as farmers which brings with it the access to facilities to secure a livelihood through farming, and which will eventually pave the way for women-centric agricultural policies.

Every year, during the budget and monsoon sessions of the state legislative assembly, the Azad Maidan becomes a venue for protests by various groups and sections of the society. This year, the winter session, which is usually held in Nagpur, is being held in Mumbai. Among the various pandals at Azad Maidan, the one for the women farmers’ meeting was the largest. Feminist scholars, activists, journalists, and others spent time with the women farmers who later held a press conference and released two publications. 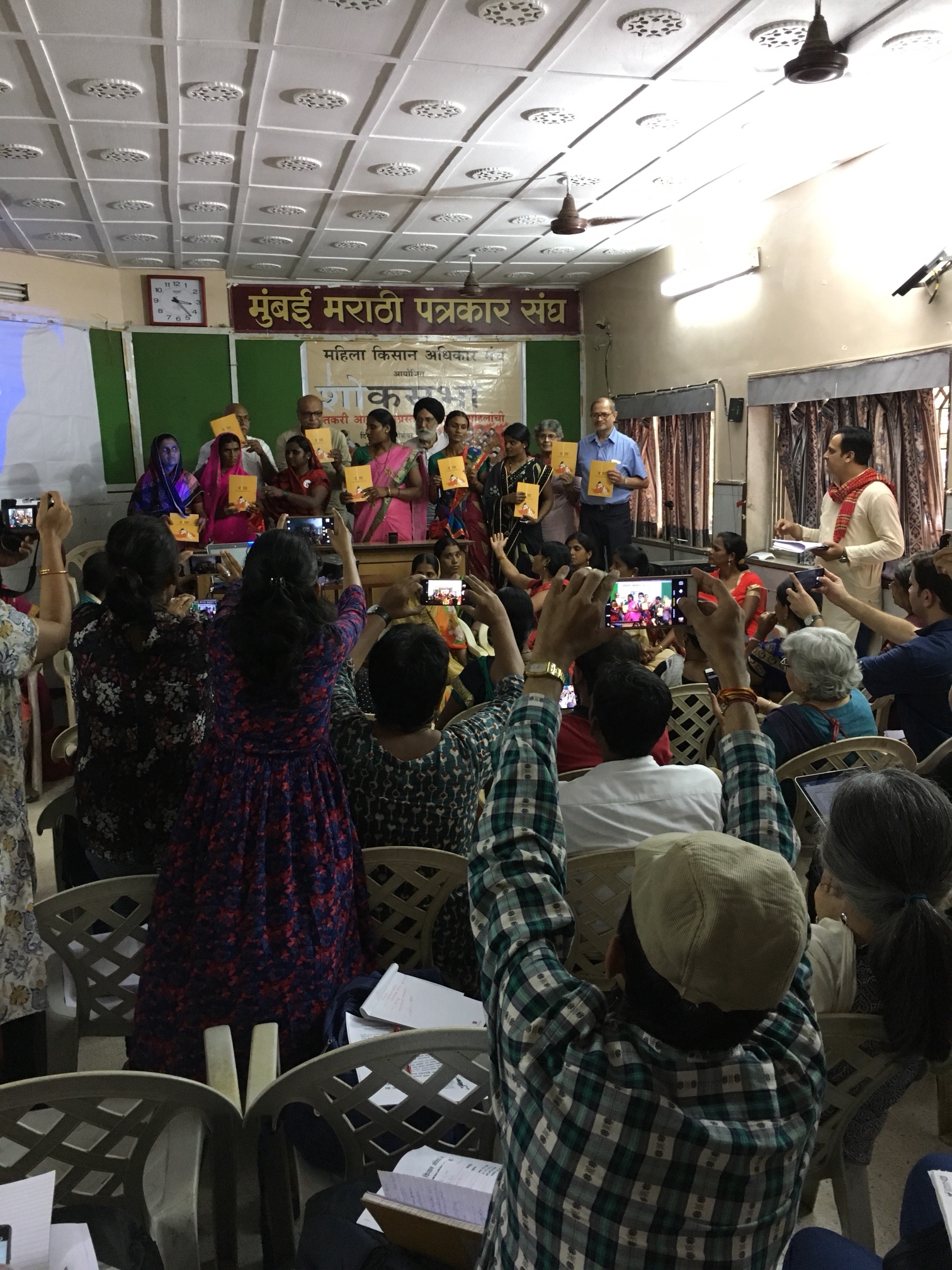 The first of these, Vanwa (forest fire or conflagration), contains the case histories of 13 women from households affected by suicides. The second publication contained the findings of a survey of 505 women from 11 districts in Marathwada and Vidarbha (MAKAAM 2018). As expected, the results of the survey are hardly glad tidings.

Of the total number of women surveyed, 33% had not applied for the widow pension at all, 26% had applied but their applications were rejected, while the applications of only 34% were approved. Only 47 women had received pension for all eight months between January and August 2018. Again, 29% of the widows did not get rights to their dead husband’s property, while 43% did not get rights to the house. Of the total, only 52% held ration cards in their own names. The survey also looked at the educational qualifications of the respondents, their knowledge of the various welfare schemes, and more significantly, the mental health issues that affected their families following the suicides of the male member. Of the total number, 137 households had reported mental illness since 2015 and 67% of them sought treatment in government hospitals. Among those seeking treatment, 83% ended up actually paying for the treatment and medicines.

MAKAAM, which consists of a number of rights organisations, had been preparing for the protest action for some time. It had held dialogues across villages in 11 districts and 20 committees had been formed to conduct the survey. As Neerja Bhatnagar of Action Aid pointed out, the survey takers were carefully trained to do so.

Labour economist Ritu Dewan, who was among those present at the venue, pointed out that issues of “singleness and singledom” are what women have to deal with in the public sphere as soon as they are out of the patriarchal slot. When the husband is unemployed, has committed suicide, or is dead, they have to confront the labour market as a single woman. It is this factor, Dewan said, that has led to sexual exploitation being almost “integrated” into the work contract. “It is always the poorest of the poor who are caught in this bind,” she added. However, the plight of the women from the landless and suicide-affected households is the most difficult and it is this section that deserves particular attention.

Among the group of men accompanying the women was Maruti Chawre of the Action for Agricultural Renewal in Maharashtra (AFARM), Pune. He reeled off facts and figures to show how farmers are neglected by the state government and need more focused policy interventions. 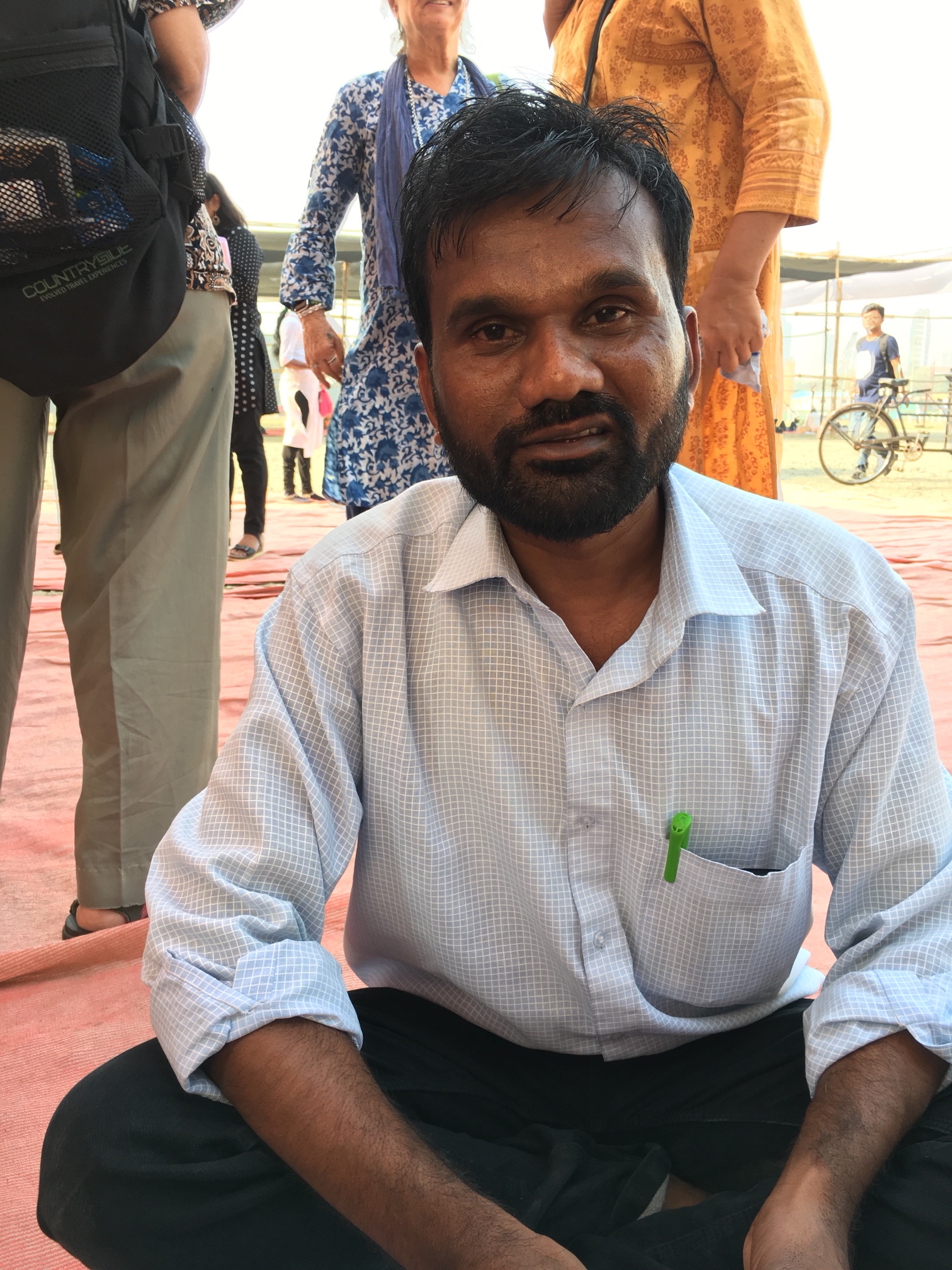 “The government owes it to these households to provide not just the three basic amenities, but also free education and health services,” he observed. “The state’s emphasis is always on telling farmers to grow more. But considering the market and the minimum support price, how does it benefit us to grow more? In fact, if we grow more, our income falls!” he said sardonically.

MAKAAM has put forth the following demands to the state government on behalf of the families affected by suicide:

i. Change in the eligibility conditions and an increase of five times in the immediate aid;

ii. Doubling of the widow pension amount and timely payment;

iii. Free education for the children in the family;

iv. Unconditional issue of ration card in the woman’s name;

vi. Special campaigns to ensure nomination of inheritors, since its lack leads to the woman being denied not only her rights to her husband’s property, but also results in her homelessness;

vii. Employment opportunities and help in sustainable farming to all the women in the affected families in the 14 worst affected districts by ensuring budgetary provisions;

viii. Protection from sexual violence and harassment by ensuring that all preventive and vigilance mechanisms function effectively. At the district level, committees have been set up, but hardly function. It must also be ensured that each police station has a women’s vigilance committee.

ix. Setting up of a farmer-friendly helpline, along with helping women to feel comfortable in airing their problems.

In 2005, the state government had issued a GR (government resolution) about such a helpline. MAKAAM’s efforts has ensured the starting of a helpline in Wardha which has received a lot of responses and this should be replicated elsewhere.