Plasma donor’s mother dies after futile search for bed: ‘Where was everybody?’

With his plasma donation certificate, Yusuf tried his luck at 6 hospitals. (Express photo by Ashna Butani)

On Sunday morning, Yusuf’s mother Sifali Begum, 69, passed away at their home in East Delhi’s Dilshad Garden, leaving him exhausted, broken and bitter. 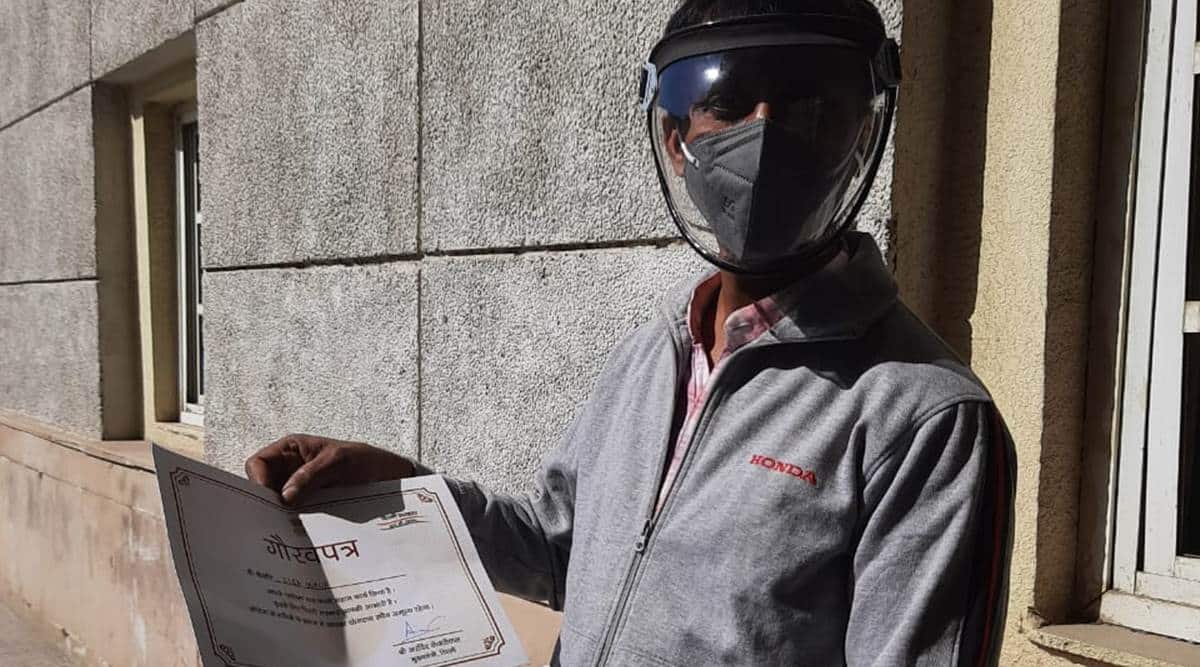 His mother’s Covid-positive report in one hand and his own plasma donation certificates in the other, over two days, Syed Yusuf walked in and out of at least six hospitals and healthcare centres, pleading with them for a bed for his mother.

On Sunday morning, Yusuf’s mother Sifali Begum, 69, passed away at their home in East Delhi’s Dilshad Garden, leaving him exhausted, broken and bitter.

“When others needed me, I was there… I donated plasma twice, only because I thought I would be saving someone’s life. But when I needed help, where was everybody,” he told The Indian Express.

Begum’s symptoms began last week, after which she tested positive on Thursday. Yusuf then got an oximeter from a nearby pharmacy for Rs 1,200, which showed her saturation levels to be low.

On Friday morning, he left his mother at home with his sister and set out to enquire about hospital beds — first to GTB Hospital and then to Yamuna Sports Complex, but was told there were no beds.

Then, from 7 pm to 11 pm that day, Begum and her daughter accompanied Yusuf, waiting in an auto while he tried to arrange a bed. “I had tried calling a number to ask for a government ambulance, but couldn’t get through. Private ambulances are out of question… I can’t afford them. So we hired an auto and first went to Swami Dayanand Hospital in Dilshad Garden, where they said there have beds, but none with ventilators. Hospital officials said my mother needed a ventilator but I pleaded with them to at least provide us an oxygen cylinder.”

With his mother too weak to travel any further, Yusuf dropped her home and continued his search till 3 am. He eventually went home with a few leads, some of which seemed promising at the time.

At 8.30 am on Saturday, he started afresh, heading to an industrial oxygen plant in Shahdara in the hope of arranging for a cylinder at home.

“There, they said they had oxygen, but asked me to get a cylinder. I didn’t know where to get one, so I decided to again try and get her admitted,” he said.

Yusuf then took his mother to Jeevan Jyoti Hospital and later to Rajiv Gandhi Super Speciality Hospital, his last stop of the day. Here too, he failed to get his mother admitted — on Friday, given the shortage of oxygen, the hospital had reduced the number of Covid beds from 500 to 350.

Exhausted and helpless, mother and son returned home at 3.30 pm on Saturday. Yusuf said her health continued to deteriorate. “She stopped eating, drinking or talking. She was almost unconscious,” he said. Her oxygen saturation levels were down to 60.

When The Indian Express spoke to Yusuf on the phone around 7.30 pm Saturday night, he said was still trying to arrange for an oxygen cylinder. Later in the evening, he made one last attempt to admit his mother to ESIC Hospital in Jhilmil, saying someone had told him he might get a bed there.

Late Saturday, the family managed to get an oxygen cylinder for Rs 6,000, but it was too late. “My mother’s oxygen level had dipped to 32. She passed away around 2 am. We are broken,” said Yusuf, who lives with wife and children. His parents and youngest sister lived in the same area.

Officials at ESIC Hospital, Rajiv Gandhi Hospital, Jeevan Jyoti Hospital, GTB Hospital and Yamuna Sports Complex said while they were not aware of Begum’s case in particular, they have had to turn away several patients over the week because they do not have beds and are also hard pressed for oxygen. At Dayanand Hospital, the duty official said he was not aware which doctor had attended to Begum when she was brought in, but they have no vacancies in the ICU.