“I had one son. If I get justice, it’s good. If not, even then I don’t have hatred against any community. I have no such (communal) thinking,” Yashpal told Delhi BJP president Manoj Tiwari who had come to meet him

NEW DELHI — Father of Ankit Saxena, the youth allegedly killed by father of his female Muslim friend, is very upset with the way the media has projected the issue. Ankit’s father Yashpal has appealed to media and politicians not to politicize and communalise the incident.

“I had one son. If I get justice, it’s good. If not, even then I don’t have hatred against any community. I have no such (communal) thinking. I am unable to understand why the media is showing this issue in that way,” Yashpal told Delhi BJP president Manoj Tiwari who had come to meet him Saturday evening.

“They (media persons) come and talk to me so softly and lovingly but show something else on TV. My relatives, neighbors come and tell me about what is being shown on TV channels. They are using words like ‘premi’, ‘Muslim’, ‘Mazhab’ and twisting facts. All are making just stories,” Ankit’s father is seen speaking in a video captured on mobile.

As per media reports, Ankit, a photographer by profession, and second-year college student Shahzadi, had developed friendship when their families were living in the same neighborhood in a west Delhi area. It is said they were about to marry. But girl’s family was against this relationship and had warned the youth. On Thursday evening, when the girl did not return home, her family got suspicious that she might have been kidnapped by the youth. Around 9 PM, they confronted him on the street and during the scuffle that followed, he was allegedly stabbed by the girl’s father. 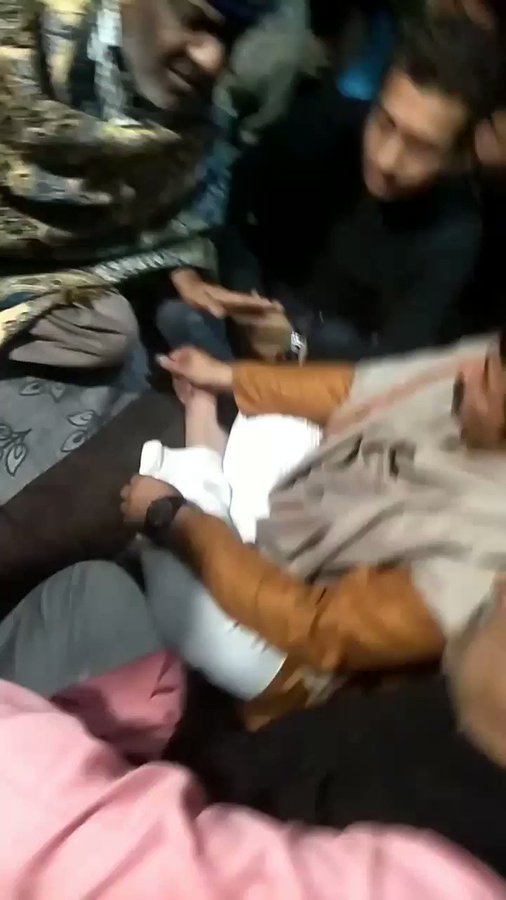 In the 2-minute video, a young relative of Yashpal also strongly condemned the way media is dramatizing the whole incident.

“Media is taking it as a joke. They are showing him (Ankit) as one going on scooter and from behind a Muslim stabbing him. What the hell is it? Big headlines are flashing like ‘Horror Murder in Delhi,’” says the relative who addresses Yashpal as ‘Mausa’ (mother’s sister’s husband).

Rebutting a fake point, father said: “Someone said that girl’s mother had called him (Ankit). All this is false and fake.”

The grieved family told people, while BJP president Tiwari was sitting there, not to come just for photo-op.

“We want only justice, no money no help,” said the relative and with folded hands, he continued: “If anyone is joining us they should join us by heart. If someone is coming only for photo-op, then Sir, we will fight our case ourselves. We have already lodged a case. Sir, if you have come here, that should be only for justice.”

Father said: “I know Manoj ji. He is on a high post. I hope he will help me get justice.”

“We have no lust and no hatred against anyone,” said Ankit’s father who is said to be heart patient.