PM Modi did you see the Flags of India, amid US Capitol rioters 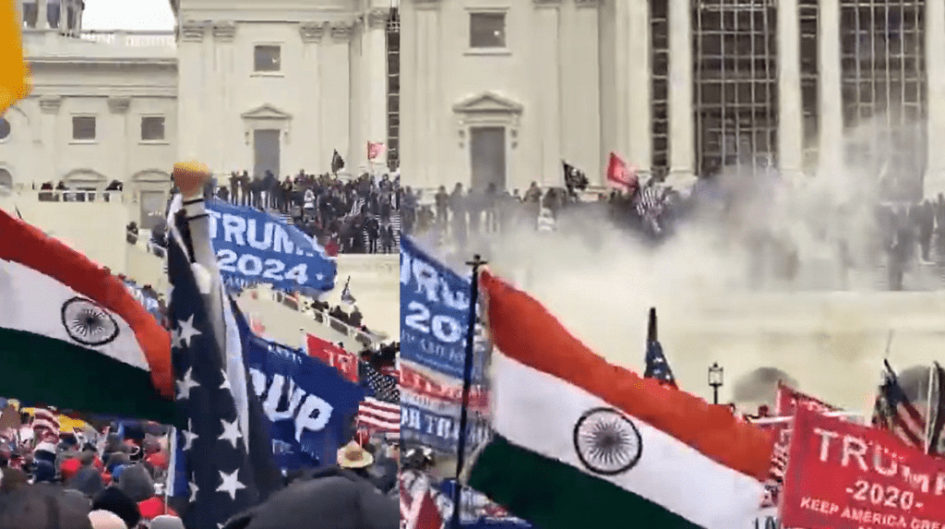 Several video clips of violence erupted in US Capitol Hill emerged on social media after US President Donald Trump’s supporters invaded and ransacked the building to disrupt the certification by Congress of Democrat Joe Biden’s election victory.

An Indian tricolor spotted in the crowds of white-supremacists, suggesting Indian-origin backers were also present in the attendance.

This can be seen in a video tweeted by journalist Alejandro Alvarez @aletweetsnews in which the supporter can be seen armed with the Indian flag.