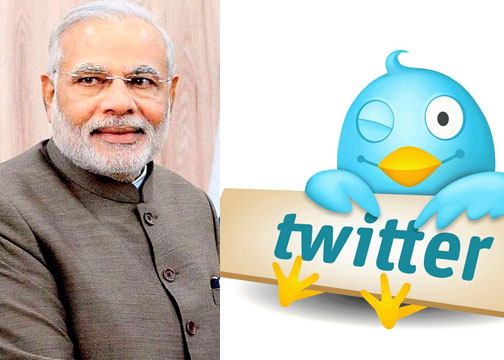 He said that the holy month stood for the virtues of harmony, kindness and charity.

As Ramzan begins, I convey my greetings & pray that the Holy Month brings peace & happiness in everyone’s life.

However, the message got lost on many trolls, with many attacking him for tweeting in Urdu.

Here’s what these trolls had to say and why their bigotry needs to be called out.

Troll Attack 1: Forget getting Muslim votes, even Hindu voters will desert you

The Prime Minister of India can tweet in any language and wish members of any community.

Those who take offence at this are being bigoted. Viewing the PM’s tweet with a religious lens is being short-sighted.

In fact, the PM is rightly reaching out to all communities in their own languages.

Urdu is one of the 22 official languages recognised in the eighth schedule of the Constitution of India. To suggest that Urdu is only a language of Muslims is wrong. Urdu is a common language spoken in large swathes of Northern India and not just by Muslims alone.

Even if Urdu was only a language of the Muslims, there is nothing wrong in the PM using it to communicate. We cannot discriminate against any community, religion or language as Indians.

Would all those Hindu poets, lyricists, etc who have mastery over Urdu, cease to be Hindus just because they use the Urdu language?

Trolls would do well to stop decoding everything through the prism of religion.

Every religion teaches tolerance and respect for all. Voters are not going to decide whether to vote for BJP or not based on a tweet by PM in Urdu.

When trolls have exhausted all expletives in their dictionary, they resort to abusive language and ask misleading counter-questions. More often than not, they end up exposing their own factual inaccuracies while doing so.

For instance, the PM has tweeted on many occasions previously in Sanskrit. Even the phrase that PM often invokes in his speeches to symbolise Indian universalism — vasudhaiva kutumbakam — is in Sanskrit.

And even if he hadn’t tweeted in Sanskrit, it should not matter. There are roughly 6,500 spoken languages in the world today. Of these, India has about 1600 languages (22