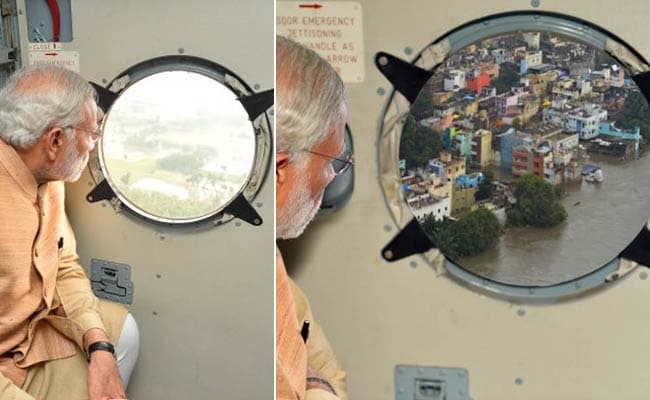 The original frame and the morphed photograph which was later deleted.

NEW DELHI:  The Press Information Bureau — the government’s nodal agency for communicating with media — was left red faced today after a morphed photograph of Prime Minister Narendra Modi it tweeted had the social media in splits. Within an hour, the tweet was deleted.

The photograph, the original of which it tweeted an hour before, showed PM Modi looking out of the aircraft window during his aerial survey of Chennai today. Waterlogged areas with stretches of green could be seen out of the window.

In the morphed photograph, buildings could be seen outside.

The reactions on Twitter ranged from bemused to amused. 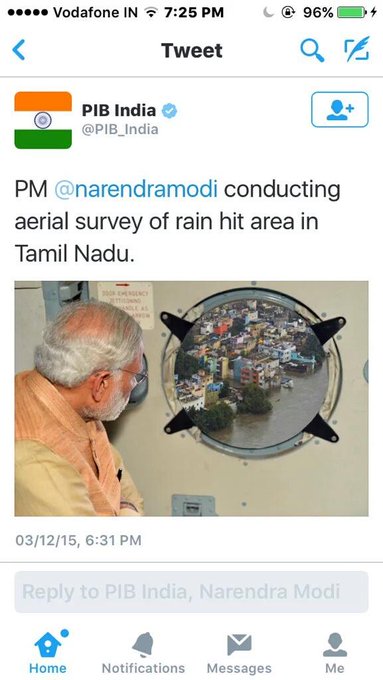 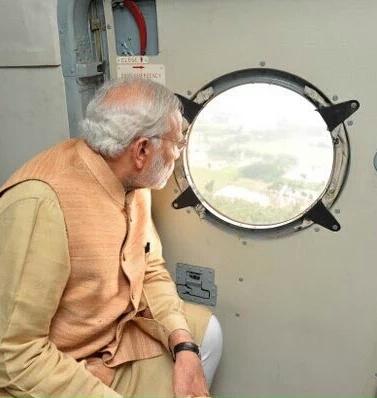 .@PIB_India Has now deleted the tweet with the photoshopped pic…

During his visit today, PM Modi had announced relief of Rs.1000 crore for Tamil Nadu, which, he said, will be released “immediately by the Centre”. The government of India, he had said, will stand by the people of Tamil Nadu in their hour of need.

With Over 5 Million Tweets, ‘Modi Job Do’ Trends At #1 On Twitter
Love triangle not motive behind Shehla's murder: Sultan Masood
Don't whine, don't watch Jolly LLB if it offends you, SC tells lawyers #FOE #Censorship
These UP Villages Were ‘Adopted’ By BJP Leaders—Only To Be Neglected And Abandoned