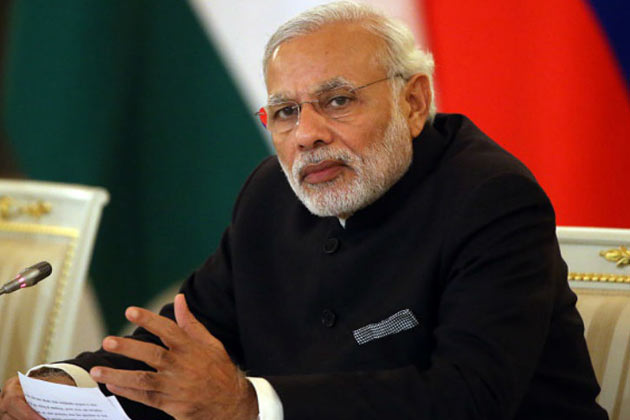 Prime Minister Narendra Modi’s “Mann Ki Baat” that was aired other day (December 31st Sunday) became a joke of sorts. This is because PM claimed one of his achievements for Muslim women, which sounded like a mere joke, but that’s not his achievement at all.

Every year, many Muslims from India go to Haj Pilgrimage that is carefully looked after by the government. Surprisingly, women cannot go alone on this pilgrimage without the presence of a male companion. Talking about this PM Modi stated that he got shocked after finding such a barbaric rule in place and claimed that after 70 years of Independence he got that rule relaxed to help his Muslim sisters.

In reality, a Woman travelling to Haj should actually be accompanied by a man, a close relative (Mehram) is a rule set by Saudi Arabia. No country could break it because they won’t receive those women without a mehram at airport and deport them back.

But now, after the recent change in the monarchy in the desert country, they are seen moving towards moderate-Islam rather a strict conservative one. In that process, Saudi now relaxed rules and stated that women travelling in a group of more than 45 members to Mecca need not have a male companion. But they should carry an attested copy of a consent letter signed by father or brother or son.

Riyadh used to insist that travelling women be accompanied by a close male relative, triggering controversy in 2012 when over 1,000 Nigerian women were asked to return from Jeddah after arriving for Haj without mehram (a male companion).

Saudi Arabia recently relaxed the rule, allowing over-45 women to undertake Haj without mehram if they travelled in an organised group, their Islamic school allowed it, and each woman carried a notarised certificate from her father, brother or son allowing her to travel with that particular group.

It’s therefore possible for countries to have bilateral agreements with Riyadh to facilitate non- mehram travel for over-45 women Haj pilgrims, and India’s minority affairs ministry has decided to do so for Haj in 2018.

On Sunday, in his monthly radio broadcast, the Prime Minister appeared to be suggesting that mehram was an Indian rule that he had revoked, a claim in line with efforts to project him as a messiah for Muslim women since the introduction of a bill criminalising the instant talaq.

“When I first heard about it ( mehram), I wondered how it could be possible. Who would have drafted such rules? Why this discrimination? And when I went into the depth of the matter I was surprised to find that, even 70 years after Independence, we were the ones who had imposed these restrictions,” he said in his Mann Ki Baat address.

“For decades, injustice was being rendered to Muslim women but there was no discussion on it. Even in many Islamic countries this practice does not exist. But Muslim women in India did not have this right. And I’m glad that our government paid heed to this matter.”

On October 7, when the committee tasked to draw up the Haj policy for 2018-22 recommended that mehram be demanded only of women under 45, minority affairs minister Mukhtar Abbas Naqvi had told The Telegraph this was now possible because of the Saudi relaxation. He had added that 1,300 Indian women had applied to perform Haj without mehram.

On Sunday, Modi said he had told the ministry that women who had applied to travel alone for Haj should be exempt from the lottery in the spirit of women’s empowerment.

Immediately after Modi’s address, Naqvi tweeted: “After PM Shri @narendramodi Ji’s suggestion, I assure that those about 1,300 women, who have applied to go for Haj without mehram (male companion), will be exempted from the lottery system and allowed to proceed on Haj.”

Zakat Foundation’s Zafar Mahmood, the first secretary for Haj at the Indian consulate in Jeddah between 1988 and 1991, confirmed that mehram had been a Saudi requirement that every country had to follow.

“It’s only in the last couple of years that Saudi Arabia has relaxed the rules, and so now countries can avail of the relaxation,” he told this newspaper.

Now, what is that PM Modi has done to claim that India will now allow Women Haj Pilgrims to travel without a male companion when Saudi’s new rule is the real thing? Asking the same question, netizens are commenting, “PM Modi told a perfect last joke for 2017”.