Melbourne – In a much disgusting and disgraceful series of fabricated cases framed by Punjab Govt to resolve the mystery of desecration of Guru Granth Sahib ji at Bargari, Punjab Police yesterday released an Audio describing it as a conversation between Rupinder Singh & an Australia based person. 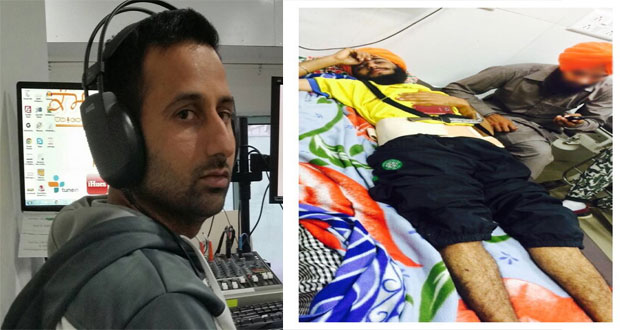 However the Australian Community yesterday proved that the Audio released had no links with the Police evidences and the case holds no ‘water’.

Identifying himself as Sukhjit Singh of Kotkapura village in Faridkot and settled in Melbourne for the past eight years, the caller said he was willing to face any investigation as he had sent money to two other injured persons also. He expressed dismay at the accusation of funding anti-social elements to disturb the peace and harmony in the state.

In an audio/Video interview with Qaumi Awaaz Radio & SinghStation, he told that the audio has been fabricated and it was a normal conversation between him and his friend Rupinder who had broken his spine during police massacre in Kotkapura. He said that he sent $1000 to Rupinder Singh as a financial help as others have been sending and that he has also got an evidence and receipt to prove this as well. The Bajakhana police produced Jaswinder and Rupinder Singh in the court of JMIC Shewta Dass at 6.30 am today. The move to produce the accused in court so early in the day was intended to prevent any protest against their arrest. The residents of Panjgrain Khurd and adjoining villages are not buying the police theory that Jaswinder Singh (24) and his younger brother Rupinder Singh (22), who are baptised Sikhs, had committed the sacrilege. A large number of residents of Panjgrain village today assembled in the village gurdwara and were unanimous in their opinion that the youths were being made scapegoats to defuse the tension in the state.