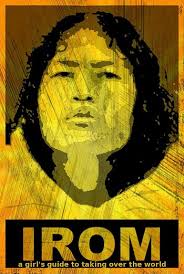 People’s Watch appeals to the police and citizens not to disturb Irom Sharmila in Kodaikanal.

People’s Watch condemns the engineered moves, presumably by non-government organisations, objecting to the proposed marriage of Ms. Irom Sharmila, the Iron Lady of Manipur with Mr. Desmond Coutinho before the Marriage Registrar, Kodaikanal.

If there is a living embodiment of non-violence in this country,it is none other than Irom Sharmila, who is a recipient of several  international awards for staging the world’s longest protest by fasting for
16 years to ensure life without the Armed Forces Special Powers Act.

When Kodaikanal can be home to a number of foreigners, to persons from all over India who are welcome as tourists and property holders or teachers in the international schools, how can Irom Sharmila be denied her right to stay is Kodaikanal? She has every right to exercise her freedom of movement enshrined in the Constitution of our country.

People’s Watch is shocked to understand that the DSP of  Kodaikanal, Mr. Selvam, is pressurizing her and her fiancé to leave Kodai hills on the basis of petitions being presented to him by communal forces.

The Hindu Makkal Katchi (HMK) handed over a petition demanding denial of permission for her marriage keeping in mind the interests of the local people. Ms. Sharmila and her British partner Desmond Coutinho had submitted their papers for their marriage at the Sub-Registrar Office on July 12. A 30-day notice was served as her marriage could be registered under the Special Marriage Act.

In a petition, HMK’s State general secretary R. Ravikumar said Kodaikanal was a peaceful place attracting thousands of tourists from within and outside the country. If Ms. Sharmila was allowed permanent stay here, it would disturb the peace. Moreover, the police should investigate if there were any foreign forces behind her plan to stay in Kodaikanal, he added. The registration officials received the petition and assured to look into it.

Mr. Ravikumar alleged that Ms. Irom Sharmila was trying to create law and order problem. “If she really wanted to fight against human rights violation, she should go to Kashmir. Her stay would certainly attract international and local agitators to Kodaikanal and it would affect peace. She should be sent back to her native place. If officials fail to do this, we will not allow her to enter into Kodaikanal,” he added.

The HMK also condemned her for her reported expression of support to the tribals in Kodaikanal. The HMK cadre also tried to go on a procession to her house, but were thwarted by the police.

Earlier, V. Mahendran, a social activist from Pethuparai, had also submitted a petition against Ms. Sharmila.

People’s Watch appeals to all individuals, property owners, Institution heads as well as the strongly secular population of Kodaikanal to resist the attempted forced eviction of Irom Sharmila by the police and openly support
Irom Sharmila’s right to life, right to choose her partner, right to reside and her right to freely move about wherever she desires.

Irom Sharmila belongs to this nation. She is one of us. This is one of the best example of integration of the North East with the rest of
India. Let us demonstrate our often pronounced respect for gender justice & women rights through our support to this valiant upholder of peace,
tranquility and non-violence.

People’s Watch urges the police to provide protection to her and her husband. The police must perform their constitutional obligations rather
than aligning with the few communal, anti-secular, divisive and criminal forces of Kodaikanal.

Ten Reasons that prove Babri Masjid Demolition was Intentional and Deliberate
Bangladesh blogger's murder: Fighting for free expression in an age of death squads
Right to dignity - barriers to healthcare for transgenders
NWMI- MJ Akbar must step down and submit to investigation of sexual harassment charges #MeToo