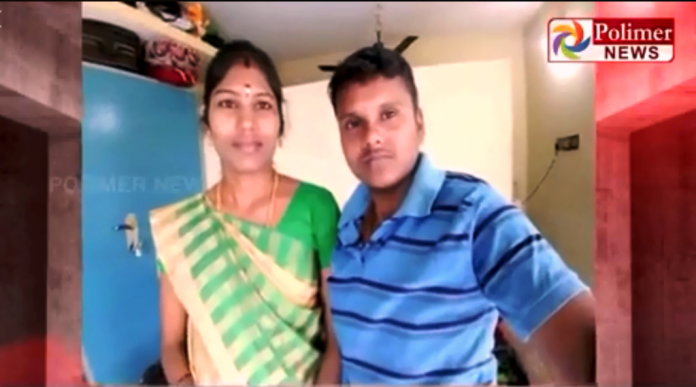 This piece is being written in condemnation of the deeply transphobic and unethical journalistic coverage by Polimer Television, a private Tamil News channel, of the tragic death of a transman in Tamil Nadu. Without an ounce of compassion or humanity, Polimer news has produced a sensationalized, insensitive and totally false story of a dead trans man’s life. In response, Charu, from the Ivan collective of transmen has written a piece detailing the incidents that led to the death as well as condemnation for the subsequent Polimer Television coverage.

I, Charupriyan, am a trans man who wishes to present to you the truths that I have gathered from my brother Akshay Dev. My brother and friend Dev and I have known each other for three years. We met through my family. He frequently shared all life events with me. He who always addressed me as “Anna” (“Anna” is a title for an elder brother held in a position of reverence) to express his love and respect for me is no longer with us. As his Anna, I feel compelled to speak out to oppose those who have disparaged his gender identity, and especially against those from the print and TV media who have all but mired his true story from being known to the world, both by disseminating falsehoods and by failing to critically analyze and understand my friend’s life story.

Yes. My friend Akshay Dev was indeed assigned female gender at birth. He felt trapped in a body that felt undesirable and distasteful. Because of this, with the support of his family, he successfully underwent gender affirmative surgery in order to transition. His parents too understood and accepted his feelings with all their heart.

When Dev fell in love with a woman named Ilavarasi, he not only expressed his feelings for her but also told her the truth about how he transitioned. When Ilavarasi reciprocated with her feelings, together, they approached their respective families and secured their approval. Dev made it a point to impress upon Ilavarasi’s parents the truth of his love, his self-confidence and gender identity so that they too were able to welcome him wholeheartedly into their family. As Dev and Ilavarasi embarked on a married life together, it was not without the full knowledge and blessings of their families! Thus you can see that Dev and Ilavarasi each spoke openly of their love and desires to their respective families before they were married.

Married life was initially very much filled with joy. When Ilavarasi expressed a desire for them to have children, they agreed to pursue this goal via in-vitro-fertilization. They also discussed these plans with their parents. And in due time, Ilavarasi succeeded in becoming pregnant. During this time, Dev worked at the Mahatma Gandhi Hospital in Pondicherry, earning an income to support his family. Unfortunately, Ilavarasi’s pregnancy was lost in the first trimester, and the loss was attributed to her frequent travels to her parents’ home.

Ilavarasi and Dev experienced much pain and suffering after the miscarriage occurred. Ilavarasi needed rest and recuperation, and so she left to stay with her parents for a while. Her parents brainwashed her saying “You are leading a life with a trans man. Because of this, society will marginalize you. They will invalidate your womanhood and feminine identity, blame you and say that you are “barren” and “infertile”. Think about it. This is not a good way to live.” Saying so, they pushed her to a state of confusion.

Ilavarasi came to conclude that her parents were right. She rekindled a relationship with an ex-boyfriend. However, she continued to visit Dev at his house. She acted as normally as she could, hiding the other relationship from Dev, allowing Dev to believe that her feelings for him had not changed. Her parents knew of all of this but they stayed silent.

Over time, Akshay Dev noticed changes in Ilavarasi’s behaviour and came to suspect that all was not well. However, he showed her the love and affection as always.

One day, Ilavarasi’s mobile phone showed Dev that she spent many hours speaking to someone whose phone number was not recognizable to him. When he confronted Ilavarasi, he was convinced that she was lying to him… As he berated her with questions, Ilavarasi finally admitted to the truth. The resulting bitterness caused the couple to separate.

As time went past, Dev’s parents counselled Ilavarasi. They seem to have pleaded with Ilavarasi to get back together with Dev. However, Ilavarasi did not relent. The issue had blown up when one of Ilavarasi’s relatives asked Dev if he was indeed a man. It appears that they shamed him, harassed him, and perhaps abused him, asking him to disrobe himself so that they might see his male sexual organs as proof. A sad and deeply upset Dev left Pondicherry and lived with a friend in Chennai for the next three months. Afraid that he would be haunted by memories of Ilavarasi if he lived in Pondicherry, he extended his stay in Chennai. June 8, 2018, was their wedding anniversary and so Dev went to Pondicherry to see Ilavarasi. He went to the beauty parlour where she worked, begging and pleading with her to come back to live with him. Ilavarasi stood unmoved by Dev’s pleas. She simply told him that she no longer wished to live with him and that he should leave her alone.

In the end, it was my friend who decided to douse himself with the petrol that he had brought with him and end his life. Ilavarasi fled the scene, while her frightened colleagues at the beauty parlour called in the police.

Whatever happened since Dev died is widely known.
Now let me ask you:

In this world, does it appear that members of our community of trans men who only wish to live their lives as men are somehow wrong? No need to stand in judgment of us. How we wish to lead our lives is up to us, NOT to you!!

You do not have the authority or the right to undermine our rights or to shame us for our experiences.

Who decides the identity of any person – is it not the person, or is it society? We are not prepared to discard our identity, at any time, for any reason.

Any and all acts or experiences that do not torment or hurt others deserve to be respected. When will your society understand this?

In this society, are people not worthy of living, other than if they identify as either male or as female? Who determined this?

Are you saying that people like us who are from the trans community have no place in your society, just because our experiences don’t conform to conventional norms? Does this nation not accept us as citizens with equal rights?

What we would like to convey to Polimer Television and to the press is that they should fully understand the events and circumstances of the lives of trans people before they set out to publish news about us. Please refrain from depicting our lives in your light, making up our stories and spreading falsehoods. But alas, on second thoughts, when we think of your world where even infants and children are not spared, how should we expect that we would be spared?

The experience of being trans men is our truth. We did not engineer our bodies or our lives so that we might entice or ensnare women. Please respect our feelings as well as our pursuit of happiness based on our truth.

The death of Akshay Dev is painful for all of us. However, to interpret his life story in ways that support the depiction of the experiences and lifestyles of trans people as somehow unnatural is extremely unethical. We strongly condemn this interpretation.

As to how our community is portrayed in the tormenting vision of the media, it is their intention to insult and denigrate our community so that their TRP ratings can rise. My friend’s life story was fodder for your clickbait media tactics. Let not the arrogance and access to the power of media lull you into thinking that you can continue to oppress trans people forever. Remember this! If all oppressed peoples come together, we will rise up in strength. Hear this loud and clear; let it sink in and solidify in your awareness. If you write the truth, you can transform the destiny of all people. Alas that, when it comes to Akshay Dev, you instead choose to warm yourselves by the fire that you lit to the truth of his life, years of suffering, his feelings and experiences, even his rights! Do not imagine that we stay quiet in peace. When we rise you will neither be able to write (your lies) nor stand up to us.

This world is meant to be for each and every one of us. It evolves to be inclusive of all of us, regardless of our gender identities. No one can stop this world from emerging.
That we live as trans men, gives me pride, joy and dignity.
Yours truly,