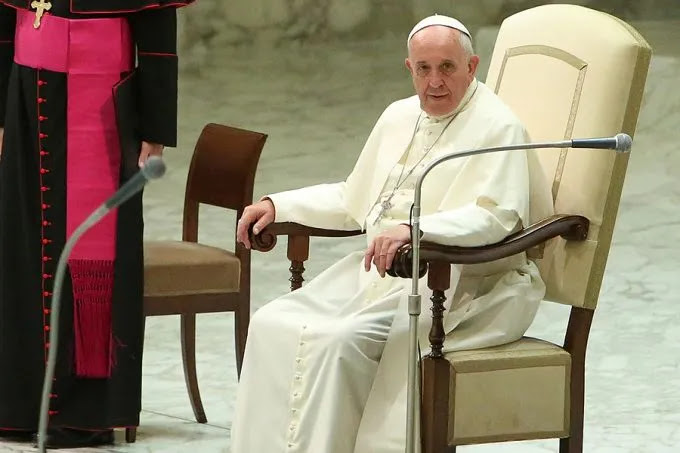 Vatican City, Oct 27, 2014 / 12:03 am (CNA/EWTN News).- Pope Francis called for the abolition of capital punishment during a speech on Thursday, as well as all forms of penal punishment which violate human dignity.

In an Oct. 23 audience with delegates from the International Association of Penal Law, the Pope decried the “growing conviction” in recent decades “that through public punishment it is possible to solve different and disparate social problems, as if for different diseases one could prescribe the same medicine.”

“It is impossible to imagine that today (there are) states which cannot make use of means other than capital punishment to defend the life of other persons from unjust aggressors,” he said.

According to the Catechism of the Catholic Church, which Pope Francis cited in his discourse, “the traditional teaching of the Church does not exclude recourse to the death penalty, if this is the only possible way of effectively defending human lives against the unjust aggressor.” However, in a quote from St. John Paul II cited in the Catechism, such cases, “are very rare, if not practically nonexistent.”

During his speech, Pope Francis called on “all Christians and people of goodwill … to fight not only for the abolition of the death penalty be it legal or illegal, in all of its forms.” He also called the faithful to work toward “the improvement of prison conditions in the respect of the human dignity of those who have been deprived of freedom,” adding: “I link this to the death sentence.”

“A life sentence is a death sentence which is concealed,” he said.

The Holy Father also noted that the penal system goes beyond its own sanctions, infringing on the freedom and rights of persons – “above all the most vulnerable” – in the name of prevention.

“There is the risk of losing sight of the proportionality of penalties that historically reflect the scale of values upheld by the state,” he said. “The very conception of criminal law and the enforcement of sanctions as an ‘ultima ratio’ in the cases of serious offenses against individual and collective interests have weakened. As has the debate regarding the use of alternative penal sanctions to be used instead of imprisonment.”

The Pope also decried the “deplorable conditions” of some detention centers throughout the world, which he describes as “an authentic inhuman and degrading trait, often caused by deficiencies of criminal law, or by a lack of infrastructures and good planning.” He added that such conditions are, in many cases, “the result of an arbitrary and merciless exercise of power over persons who have been deprived of freedom.”

Criticized the “cruel, inhumane and degrading punishments and sanctions” in these centers, the Holy Father noted that this “’surplus of pain” merely adds to the already present suffering of detention.

Such instances of “torture” exist not only in illegal detention centers and modern-day concentration camps, “but also in prisons, in rehabilitation centers for minors, in psychiatric hospitals, in police stations and in other institutions for detention or punishment.”

Pope Francis also spoke about the role of the state with regard to the crime of human trafficking: “Based on the fact that it is impossible to commit such a complex crime as is the trafficking of persons without the complicity, be it active or of omission of action of the state,” he said, “it is evident that, when the efforts to prevent and combat this phenomenon are not sufficient, we find ourselves before a crime against humanity.”

He added: “This is even truer if those who are responsible for the protection of persons and the safeguard of their freedom become an accomplice of those who trade in human beings; in those cases the state is responsible before its citizens and before the international community.”

The Holy Father spoke at length about corruption: “The forms of corruption that must be persecuted with greatest severity are those that cause grave social damage,” he said, “both in economic and social questions.”

“Respect for human dignity must operate not only to limit the arbitrariness and the excesses of state officials,” the Pope concluded, “but as a criteria of orientation for the persecution and the repression of those behaviors that represent grave attacks against the dignity and the integrity of the human person.”

Pope Francis’ words on capital punishment echoed those of his predecessor, Benedict XVI, as well as bishops around the world, including the Canadian bishops’ conference, the bishops in Ohio, and Archbishop Charles Chaput of Philadelphia.

In his General Audience address delivered Nov. 30, 2011, Benedict XVI commended members of the Sant’Egidio community gathered for a conference themed “No Justice without Life,” saying that “I express my hope that your deliberations will encourage the political and legislative initiatives being promoted in a growing number of countries to eliminate the death penalty and to continue the substantive progress made in conforming penal law both to the human dignity of prisoners and the effective maintenance of public order.”