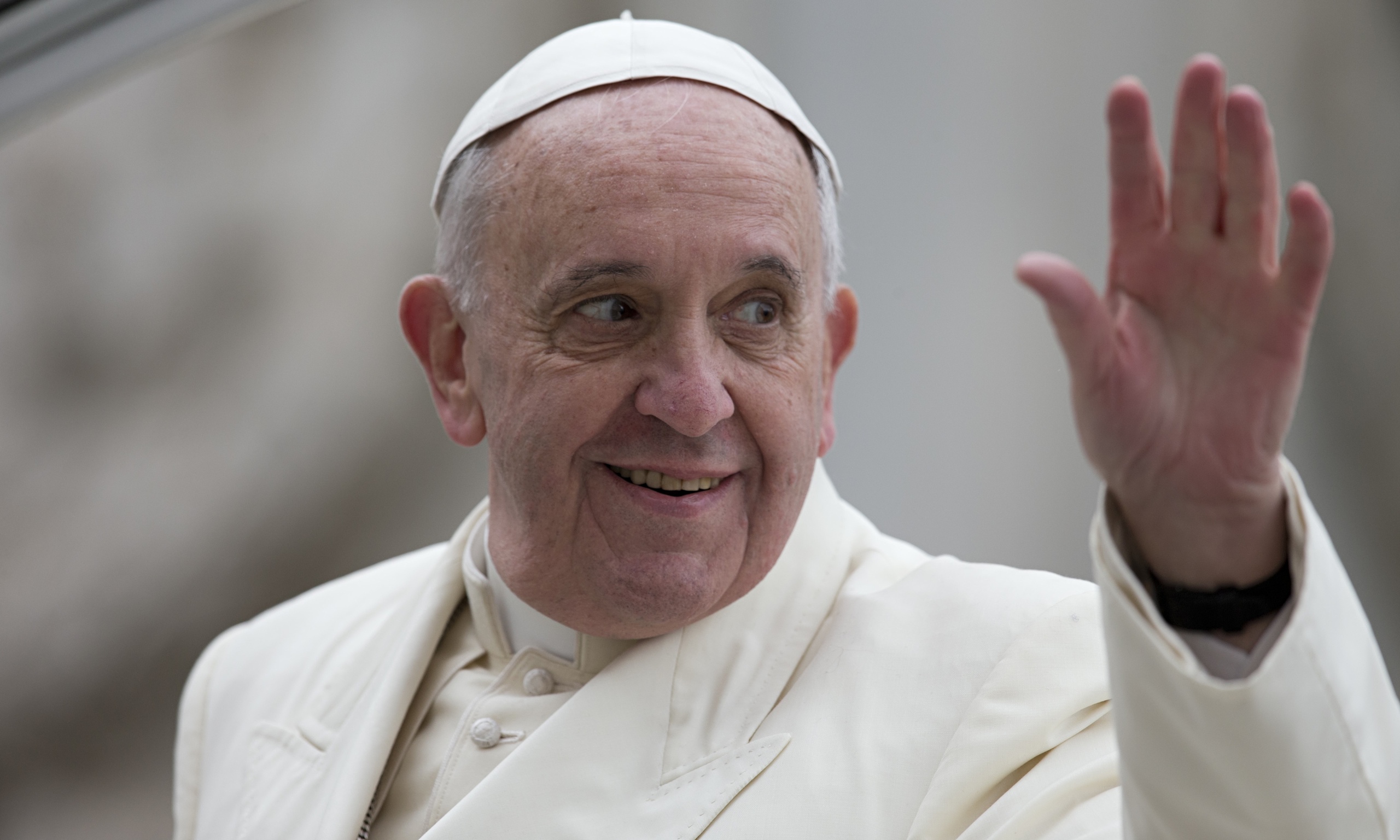 VATICAN CITY — Pope Francis summoned bishops from around the world to Rome for an unprecedented meeting focused on protecting minors. The order on Wednesday comes as the pope wrestles with a global clerical sexual abuse crisis and explosive accusations of a cover-up that have shaken his papacy and the entire Roman Catholic Church.

The extraordinary meeting marks the first time that presidents of bishops’ conferences worldwide have been summoned for a meeting on a specific topic — more than 100 will be there — and the choice of topic was telling. Just last month, the Vatican’s former ambassador in the United States accused the pope of willfully ignoring a history of sexual misconduct by an American cardinal.

After three decades of denial, the Vatican is being forced to treat the sex abuse problem as a global crisis, and not the failing of a particular country or culture.

News of the pope’s summons came as a study commissioned by the church in Germany revealed the abuse of thousands of children by more than a thousand clergymen there for decades. The study was due to be published later this month, but was leaked.

“We are aware of the extent of the sexual abuse that is supported by the results of the study,” said Stephan Ackermann, the bishop of Trier. “It is depressing and shameful.”

When the scandal first surfaced in the United States in the mid-1980s, Vatican officials called it an American phenomenon, church historians say. When it spread to Canada, Ireland, England and Australia, they framed it as a problem of the church in the English-speaking countries.

Then, when the scandal erupted in Germany, Belgium, France and Austria around 2010 during the papacy of Benedict XVI, the Vatican termed it a problem of the developed world, born of sexual libertinism.

Now, with cases of priests sexually abusing children emerging in Chile and the Philippines, the Vatican may finally be adopting an international approach.

“The subject has to be tackled globally,” said Marie Collins, an Irish survivor of abuse who resigned in frustration in 2017 from a Vatican commission on protecting minors created by Francis. “There are bishops in parts of the world who don’t even accept that abuse could happen in their dioceses.”

Ms. Collins said she welcomed news of a global meeting of bishops, but only if it produces concrete actions, and not just more talk.

The pope called on the bishops’ conference presidents to gather from Feb. 21 to Feb. 24, the Vatican said.

“It’s a crucial decision by the pope because the conferences play a crucial role in implementing all the prevention measures to protect against sexual abuse in the church,” said Prof. Ernesto Caffo, a member of the pope’s Commission for the Protection of Minors.

Professor Caffo said the conference would focus on training bishops to spot abuse, hold one another accountable and to intervene. They will also be taught to listen to victims.

The guidelines, he said, would be aimed at protecting not just children but also vulnerable adults, including the handicapped and seminarians.

The conference, Professor Caffo said, would also include “a plan of action that is common in Asia or in the United States or Europe.”

For now, the church in the United States has some of the strictest standards, adopted in 2002 after the Boston scandal. They include mandatory reporting of sexual abuse allegations to civil authorities and a “zero tolerance” policy that is supposed to remove abusive priests permanently from ministry.

But around the world, each bishops’ conference is allowed to set its own standards, and some have never produced any at all.

The Vatican commission on child sex abuse produced guidelines for safeguarding children, Ms. Collins said. B ut the Vatican’s doctrinal office — the Congregation for the Doctrine of the Faith — refused to disseminate it to bishops’ conferences around the world.

The pope’s summons, which caught many here by surprise, was part of a flurry of activity around the crisis. On Thursday, the pope is to meet at the Vatican with a group of leading bishops from the United States who are seeking an investigation into why one of their most prominent colleagues was allowed to ascend to a top position in the American church, despite allegations that he had sexually abused seminarians.

Reports of misconduct by that prelate, Theodore E. McCarrick, the former archbishop of Washington, D.C., led to his resignation as cardinal.

His successor in Washington, Cardinal Donald Wuerl, revealed on Tuesday that he planned to talk in Rome with Francis “in the very near future” about the possibility of the pope accepting the resignation that he tendered three years ago, as required, upon turning 75. Cardinal Wuerl, formerly the archbishop of Pittsburgh, has faced withering criticism since the release last month of a grand jury report saying that more than 1,000 children had been victimized over decades in Pennsylvania, and that church leaders had covered it up.

The McCarrick case continues to shake the church. In August, a bombshell letter by the former Vatican ambassador to the United States, Archbishop Carlo Maria Viganò, accused Francis of lifting sanctions against then-Cardinal McCarrick that had been put in place by Francis’ predecessor, Benedict.

Since Archbishop Viganò published his letter and called for Francis’ resignation, reports have cast doubt on whether Benedict formally penalized Cardinal McCarrick, and have suggested that the Vatican had known about the American’s practice of inviting seminarians into his bed since 2000.

Neither Francis nor Benedict, who is retired, have responded to the letter, which has opened up an ideological war inside the Vatican.

But on Tuesday, Francis suggested in an homily during his morning Mass that the accusations against him and others in the Viganò letters were the devil’s work.

“In these times, it seems like the ‘Great Accuser’ has been unchained and has it in for bishops,” he said. “True, we are all sinners, we bishops. He tries to uncover the sins, so they are visible in order to scandalize the people.”

Among the American church leaders scheduled to meet the pope on Thursday to discuss the matter are Cardinal Daniel N. DiNardo and Archbishop Jose Gomez, the president and vice president of the United States Conference of Catholic Bishops; and Cardinal Sean O’Malley of Boston, Francis’ leading adviser on the sexual abuse issue.

Professor Caffo said that the Protection of Minors Commission and Cardinal O’Malley, its leader, had agreed upon the need for the conference and that Cardinal O’Malley had proposed it on Tuesday, telling them the Holy See needed “to give more energy to this process.”

“Cardinal O’Malley is very happy about this,” Professor Caffo said.

Many survivors of abuse, and people who campaign on their behalf, have lamented that the letters and the power struggles they have uncorked in the Vatican have eclipsed the central issue of protecting children from abuse within the church. The meetings Francis has called for February are intended to put the issue front and center again.

For decades, abuse festered in the church.

It was not until 2002 that the sexual abuse crisis came into open view, and the Vatican was forced to acknowledge a problem that has threatened its credibility around the world. Under Pope John Paul II, Benedict served as the prefect for the Congregation of the Doctrine of the Faith and personally read many of the files about clerical abuse. As pope, he cracked down on hundreds of priests.

There were high hopes after the election of Francis in 2013 that he would tackle the abuse problem systemically, and hold accountable bishops who covered it up. And at first, abuse survivors were encouraged when Francis appeared to act on a proposal by his special commission on sexual abuse to create a tribunal to discipline bishops who covered it up. But when it met resistance in the Vatican, the pope dispensed with it.

The pope later issued an edict, titled “As a Loving Mother,” saying that the Vatican already had all the offices necessary to investigate and discipline negligent bishops, and that it would do so. This enraged abuse survivors on the commission.

Last month, on a flight from Dublin to Rome, Francis addressed the criticism over his lack of a universal response — or special tribunal — for bishops.

“We saw this wasn’t practical and it also wasn’t convenient for the different cultures of the bishops that had to be judged,” he said. For now, he said, “a bishop is judged by a tribunal, but it isn’t always the same tribunal, as it is not possible.”

Professor Caffo stressed that it was critical to get the endorsement of the bishops’ conferences on how to prevent abuse. A single approach can have far different consequences in different countries. In some, reporting allegations to the civil authorities may be a death sentence for priests.

“Every country and area has a very different situation,” Professor Caffo said.

Professor Caffo said he was optimistic that the conference would be a critical step in transforming talk into “concrete action.”

Another member of the Vatican’s child-protection commission, the Rev. Hans Zollner, president of the Center for Child Protection of the Pontifical Gregorian University, said that in the last two years, he had heard far fewer bishops dismissing sexual abuse as an American or European problem.

Father Zollner said that when he spoke about the issue on Wednesday to about 120 new bishops from Africa, Asia and Latin America, one asked him what to do when a fellow bishop does not cooperate with civil authorities, or is not following church law.

Father Zollner said he hoped the global meeting in February would address this very question.

Peter Isely, an abuse survivor from Milwaukee and a founding member of the group Ending Clerical Abuse, said there seemed to be “two Francises,” one who expresses deep sorrow and urgency about the issue, and the one who does nothing, or worse. He said that the years of delay on the issue had to end.