Post Covid, Bodies And The Ruins of a Liberal World Order 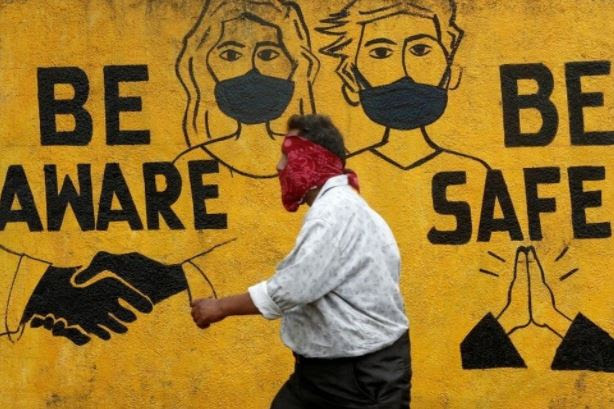 Covid-19 has cut a big swathe through human civilisation, if we call it that anymore after what happened in Washington and what has been playing out on Delhi’s borders. It is leaving in its wake, apart from almost a million dead bodies, the ruins of a liberal world order, whose promise had petered out some time ago.

Having defeated both its rivals, Fascism in the 1920s and Communism in the second half of the 20th century, it appeared that Liberalism would sweep the globe, with its attendant benefits of human rights, democracy, welfarism, globalism etc.

Some of this sheen had begun wearing off even before Covid, but the pandemic has now taken us back by a century. The twin spectres of Communism and Fascism are walking the ramp again, wearing the haute- couture of democracy, and India may yet be the show stopper in this nihilistic parade. Trump may have fallen but Trumpism is alive and kicking, literally.

It is not, however, my desire to spoil your weekend with Yuval Noah Harari type thoughts but to divert your mind to some lighter learnings from, and effects of, the pandemic. Take for instance Mr. Amitabh Bacchan; till last week he must have been the most hated man in India . Every time you wished to make a phone call you had to listen to his “man ki baat” caller tune for two minutes, exhorting you to wear a mask and wash your hands. It didn’t matter that you were desperate to call the hospital because you were dying of a heart attack, or the police because someone was gutting you with a knife. You first had to listen to the Big B instructing you how not to die of the Covid.

And the supreme irony was: Bacchan is the last man who should have been advising us, because he himself got Covid some months back ( and thankfully recovered to tell his tale, as it were). So how come someone who himself contacted Covid was advising us on how not to contact it? Even if Mr. Harsh Vardhan was paying him crores for it ? ( I do not know for a fact that he was being paid big moolah for it, but I assume so since he has one basic principle for endorsements- put your money where my mouth is).

But his public service had not gone unnoticed: a lawyer in Delhi had filed a petition in the High Court asking that Mr. Bacchan’s voice be put on mute because, with his Covid past, he is not the ideal brand ambassador for an anti-Covid campaign. For once the government realised its gaffe and has now replaced him with a lady: we shall no longer hear his baritone and will have to contend only with the dulcet tones of our Prime Minister on his monthly musings- or is it amusings? He has gone the way of Saurav Ganguly and Fortune rice bran oil. His lady substitute has a new message- why we should take the vaccine- but going by the numbers she could be replaced soon too. So who’s next? Baba Ramdev?

And what about the COVAXIN fiasco? The virus must be chuckling behind its double membrane at the disarray in the enemy camp, the outrage of citizens at being asked to take the vaccine without completing the human trials. Not necessary, says the Director General of ICMR, we have tested it on rats and assorted apes, and if it’s good enough for them its good enough for you.

The citizenry do not agree and some have suggested there is only one way to find out: give the vaccine first to the alpha males. Starting with the President and Prime Minister and working its way down to all Chief Ministers, Ministers, MPs, MLAs, and of course, the head of ICMR.

The CM of Madhya Pradesh has already declined the honour, as did six eminent doctors on an India Today show on the 7th of this month: only Dr. Naresh Trehan had the guts to say that he would not take it. But then, since all VVIPs with Covid prefer to recover in Medanta rather than kick the bucket- or more appropriately, the bedpan- in AIIMS, I guess he can break ranks.

All major world leaders have taken the shot- when will our stalwarts ” put it in the arm” as the latest phraseology has it? That way, even if the vaccine doesn’t work, the country benefits: if it works, good for humanity: if it doesn’t, good for Indians.

The delayed effects of the lockdown are now beginning to manifest themselves, and it is clear that Mr. Modi’s hasty diktat has had an unexpected denouement : UNICEF has revealed that on New Year’s Day the storks were on overtime pay. 1st January saw the arrival of 59,995 babies in India ( and 3.71 lakhs globally), almost twice that of China. That makes for almost 22 million for a whole year for us, far above a normal year, what the farmers would call a bumper crop. Not only did folks misinterpret ” work at home”, it appears that they also misunderstood Mr. Modi’s subliminal message about pots and pans, when he asked us to start banging away at 4 o’clock.

But our PM can take some comfort from the fact that in at least one marker our curve is going, well, upwards. It also proves that the animal spirits are thriving in the confines of our homes behind the masks, even though there may have been a few surprises when the masks and other accoutrements came off, and Mrs. Kapoor turned out to be Mrs. Talwar. Not that anyone’s complaining- except Mr. Talwar, that is.

And here’s some good news about Covid- a study shows that the ” work at home” regimen may have resulted in fewer deaths from stress in the office. Research in Sweden’s Lindbergh University Medical Centre reveals that working with idiots can kill you. Working with people who ask for correction fluid to correct an error on their computer monitor, or put vital documents into the shredder instead of the copier, has been established to cause heart attacks, strokes and high blood pressure.

Since now most people work from home and have no contact with the office idiot, it is expected that death rates in cities like Tokyo, New York, Delhi and London will plummet. In fact, my own curiosity has been aroused and I now intend to track down all the people who have worked closely with me for 35 years in government. A high mortality rate amongst them can only confirm what Neerja has always felt about me- that when I left Husainganj in the late 50’s the place lost its village idiot.

Finally, there is a rumour going around that Mr. Ambani, having been thwarted in his bid to become the Kisan King, is thinking of entering the hooch business. The new venture will be called PIO and will follow the same business model of JIO- every second peg will be free and the namkeens will be on the house. After all other distilleries and even bootleggers have shut shop and the happy customers have passed out the government will, after a voice vote in Parliament, declare liquor as a life saving drug and exempt it from any tax. The rates for the hooch will then go up a few pegs. And India will go- what else, bottoms up!

Life will never be the same after COVID. Keep watching this space, folks!

Avay Shukla is retired from the Indian Administrative Service